There’s a choice of three engines; two petrols and one diesel. The petrols are both 1.0-litre in capacity, with three-cylinders and a turbocharger. At the top of the range is the 114bhp version (badged TSI 115). It feels more than a match for similarly-engined rivals such as the Kia Stonic and Seat Arona, pulling well from just below 2000rpm and revving to its limiter with plenty of vim. You’ll not find it wanting, whether you’re getting up to speed on the motorway or going to overtake along a country road. Indeed, it feels positively sprightly across much of the rev range.

Our pick, though, is the entry-level 94bhp (TSI 95), particularly if your everyday motoring centres mainly around town, where it serves up enough performance at low revs to see you cleanly away from the traffic lights. It’s not quite as urgent at high revs and does take a bit longer to get up to motorway speeds than the 115, but it’s more than muscular enough for the vast majority of situations.

The diesel option is a 1.6-litre that offers a modest 94bhp. Despite being a diesel, it struggles at low revs, and you really have to work it hard to get the most out of it. You’ll also find yourself changing up and down through the gears to keep the revs in a sweet spot that exists at around 2000rpm. Even manoeuvring into parking spaces requires a large burst of revs to get the T-Cross moving.

The T-Cross offers very good ride comfort for the class, only being beaten in this regard by the more expensive Volkswagen T-Roc. The T-Cross is set up to be a little softer than the Arona and quite a bit squishier than the Stonic, so, when you find yourself on a beaten up section of road strewn with potholes, it breezes over them with considerably less clomping than its rivals. It’s also much less fidgety than the Stonic is on the motorway.

Compared with the Citroen C3 Aircross, which is set up softer still, the T-Cross remains much more controlled over dips and crests taken at speed. The Citroen’s rather undisciplined body control allows it to get quite wallowy.

Usually we’d suggest sticking with the smallest wheels possible for the smoothest ride. With the T-Cross, though, wheel size makes little difference; our recommended SE trim comes with 17in wheels, but even the R-Line models with 18in wheels still ride well. 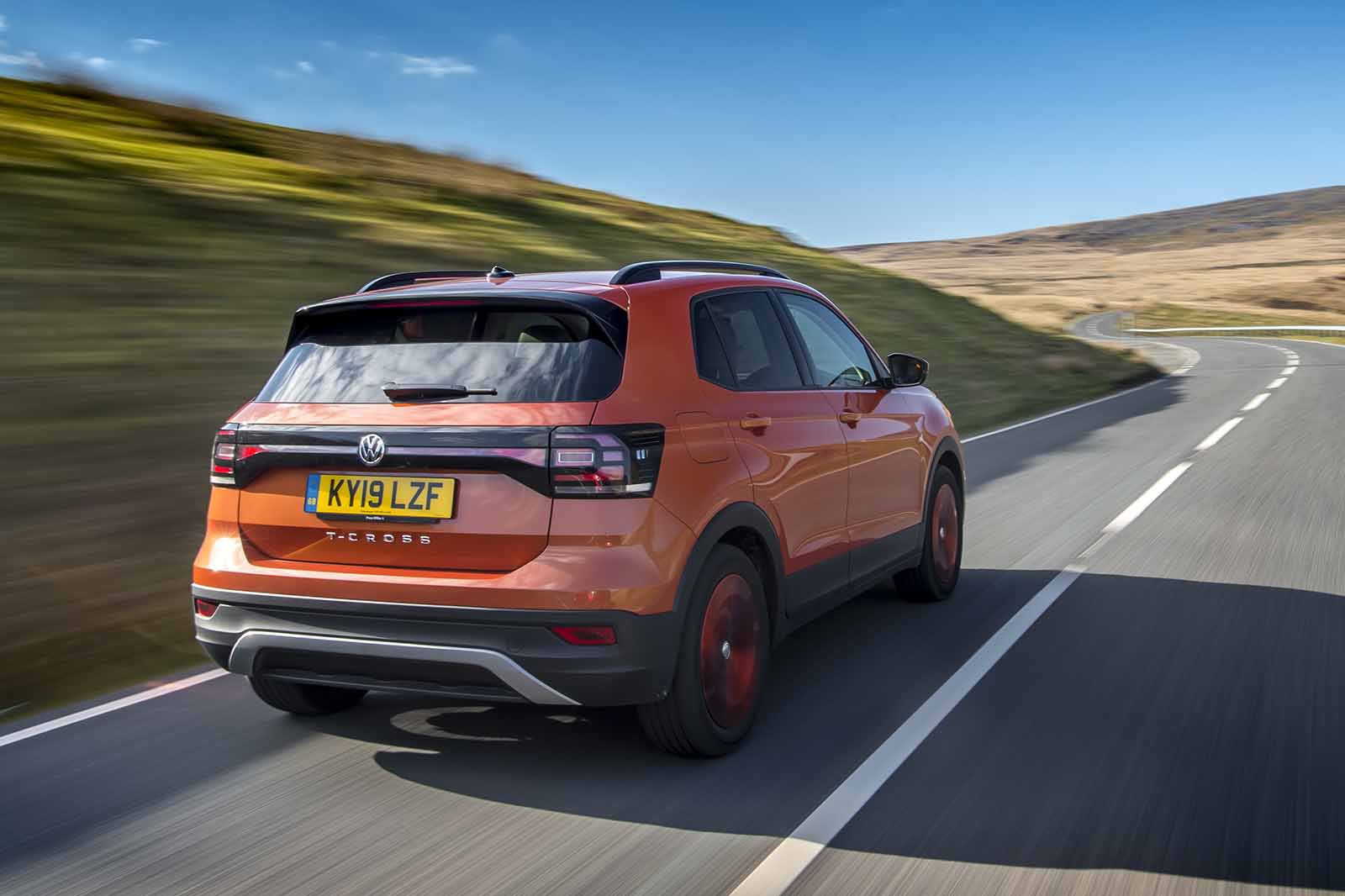 The T-Cross’s tidy handling will suit a broad spectrum of buyers. Those looking for something easy to drive in town will find its light steering a treat, which is especially helpful if you’re trying to park or thread the car down a tight street, while those who relish a blast through the twists and turns of a country road will find it free of vices.

It’s not quite as tidy to drive spiritedly as the stiffer Seat Arona, but its steering weights up nicely when you pick up the pace, providing a good sense of connection to the front wheels, and there’s more than enough grip available, balanced equally between the front and rear wheels. Indeed, matched with the higher-powered 1.0-litre engine the T-Cross can be fun to hammer down a winding road.

Both the petrol engines are quiet at low revs but produce a distinctive chirp when revved. They’re not coarse by any stretch, though. The diesel can sound a little strained when you’re building speed, but settles down much more at a cruise.

At 70mph you’re aware of some tyre roar, especially in cars with the biggest 18in wheels, as well as some wind noise from around its door mirrors. Compared with its peers, though, the T-Cross does a great job of isolating you from the outside world, recording one of the lowest decibel readings for the class on our test track.

Calm, relaxed driving comes naturally to the T-Cross. If you go for the manual version, its clutch has an identifiable biting point that makes pulling away quite graceful, while its brakes feel progressive and make drawing to a gentle halt easy. You’ll have either a five or six-speed manual gearbox depending on which model you go for, but both have a notchy and slightly rubbery shift action. The optional DSG automatic ‘box, meanwhile, pings though its gears seamlessly, but you can take control using paddles located behind the steering wheel. 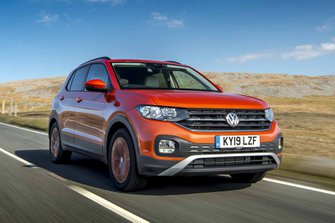 The Stonic handles tidily and is well equipped, but it could b...

The Ford Ecosport’s chunky looks are easy to fall for, but it’...