There’s a lot more room in the front of the Superb than you'll find in executive cars such as the BMW 3 Series and Jaguar XE, and it's better also than the Vauxhall Insignia and on a par with the Volkswagen Passat. That means head and leg room won't be an issue for anyone but the tallest, while the interior is wider than average, so there’s plenty of shoulder and elbow room.

There are lots of storage options, including a large, air-conditioned glovebox, cupholders in the centre console and a hinged cubby underneath the steering wheel. The door bins are also large and shaped to hold a 500ml bottle of water. Thoughtful touches include a glasses holder by the rear-view mirror and, on SE trim and above, space for an umbrella to be neatly stowed inside each front door (one umbrella is provided as standard).

Not many cars this side of a Mercedes S-Class will offer you as much rear leg or head room as the Superb can offer. If your regular passengers are over six feet tall and you want them to have the space to relax, this car is unparalleled at the price and most certainly the one for you. Getting in and out is easy, too, thanks to wide-opening doors and low sills.

The middle passenger isn't quite so well off. With a slightly raised perch, head room is reduced, and they'll also have to straddle the bulky central floor hump. However, for those of moderate height, this seat is still comfortable enough to occupy for a reasonable distance.

The fold-down centre armrest includes two cupholders. There are two map pockets on the backs of the front seats and, at the rear of the centre console, a hinged cubby with a 12V socket. Meanwhile, each door has a pocket that’ll hold a 500ml bottle of water. 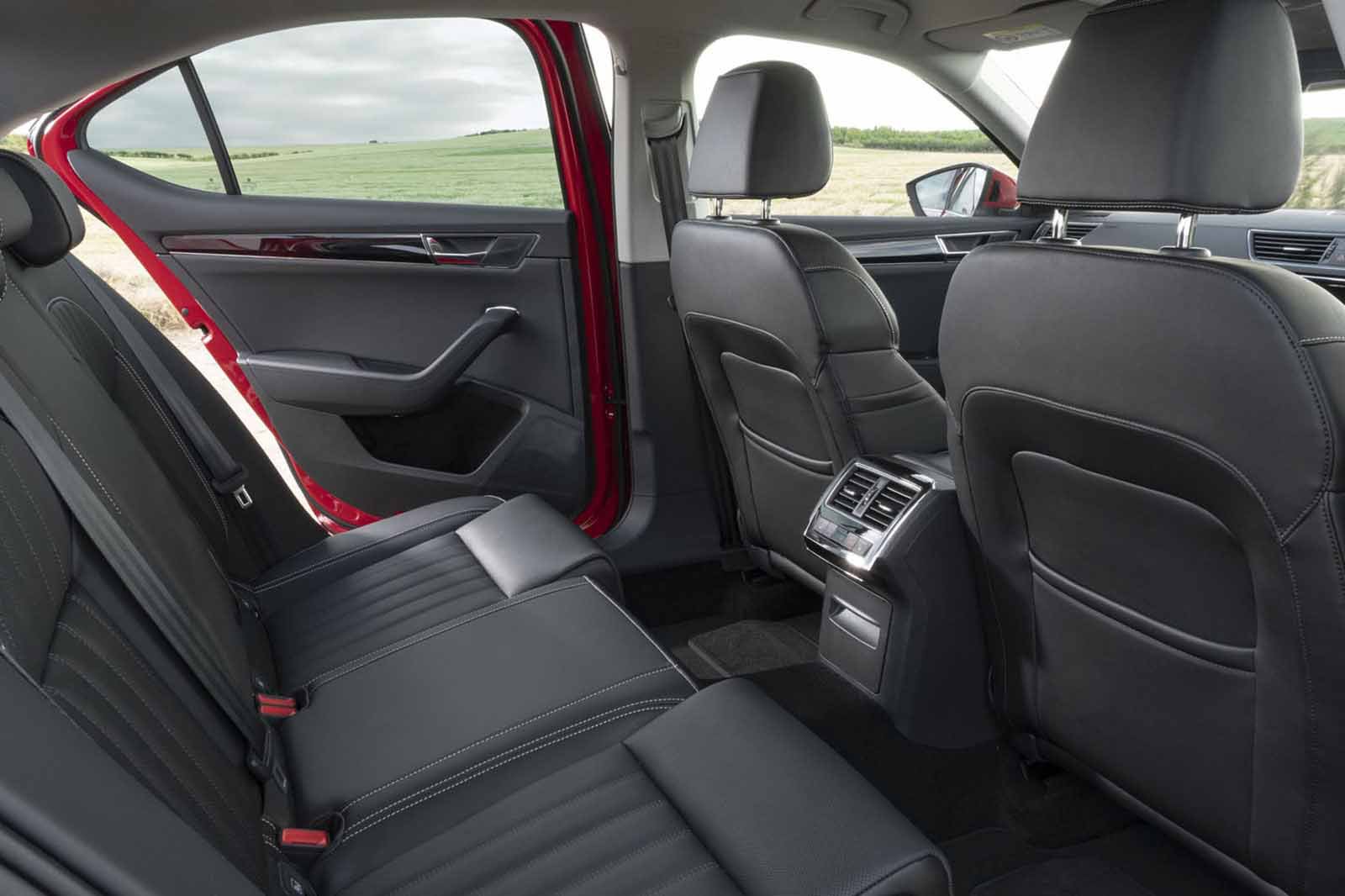 The rear seats are split 60/40, but there's also a ski hatch if you need to accommodate people and something long and thin, like a...set of skis, perhaps. On S, SE and SE L trims, you can order a fold-flat front seat, too, enabling the car to accommodate extra-long loads from the tailgate right up to the dashboard.

The rear seatbacks can be lowered by pulling a lever on the top of each backrest or, at extra cost, with release levers that are more conveniently located next to the boot opening.

'Massive' is the best way to describe it. At 625 litres with the rear seats in place, there’s enough room in the Superb’s boot for a number of large suitcases. Being a hatchback, its wide-opening tailgate makes it easy to load bulky items; it’s far more convenient to load than saloon cars, such as the Volkswagen Passat, that inevitably have a narrower aperture. That said, there’s a sizeable lip at the boot's entrance and there’s no variable-height boot floor. The plug-in hybrid has a reduced boot size (blame the batteries that live underneath the floor), but it's still not small and much bigger than the heavily compromised boots in a Ford Mondeo hybrid or BMW 3 Series plug-in.

Helpful touches that are standard on all Superbs include a number of carrying hooks to hang shopping bags on, a large cubby either side of the main boot area, a 12V charging socket and a rechargeable torch. You also get two plastic dividers with Velcro feet, which can be attached anywhere on the boot floor to help secure loose items. A boot net that allows you to tie down loose items is standard on Laurin & Klement trims, and an option on all others.

Powered tailgate opening is standard on SE L and Sportline Plus – this features hands-free opening on Laurin & Klement trim. 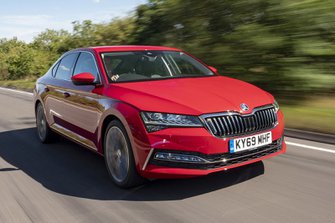