For some people, luxury SUVs such as the Audi Q7 and Range Rover are just so... common.

These people, whose names are often preceded by titles such as Lord, Duchess or Marshal of the Royal Air Force, want something truly bespoke. And since 2015, the Bentley Bentayga has been catering for this niche. Now, however, it faces competition from the Rolls-Royce Cullinan.

Taking its name from the largest diamond ever discovered – one that graces the Crown Jewels – the Cullinan sits on 22in alloy wheels and presents a dominating silhouette. Indeed, it's 200mm longer than the Bentayga and 90mm taller and 350mm longer than the Range Rover.

There’s only one engine option, but it’s arguably all you’ll ever need: the same 6.75-litre petrol V12 that’s found in Rolls-Royce’s flagship saloon, the Phantom.

Plus, there is, of course, a brochure full of colours, upholsteries and options to choose from, and if you have enough money in your bank account, Rolls-Royce will fit pretty much anything else that takes your fancy.

Read on to see if this helps the Cullinan justify its huge price premium over every other SUV on sale. Or to see how much we could save you on a new car, click here. 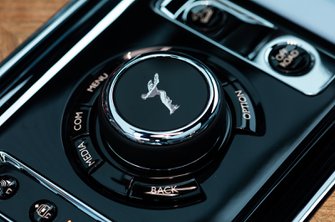 If you want a luxury SUV with loads of space then the VW Touar...