More for you |
New Seat Tarraco vs Peugeot 5008The best petrol carsWhat car will accommodate me and my child car seats?Best cars for less than £350 per monthEvery large SUV rated
Home
Feature
Seat Arona vs Seat Ateca: which SUV is best?
feature

Seat Arona vs Seat Ateca: which SUV is best?

They're two of the most popular cars with What Car? readers, and have both won awards at our annual Car of the Year ceremony, but how do they compare and which should you choose?... 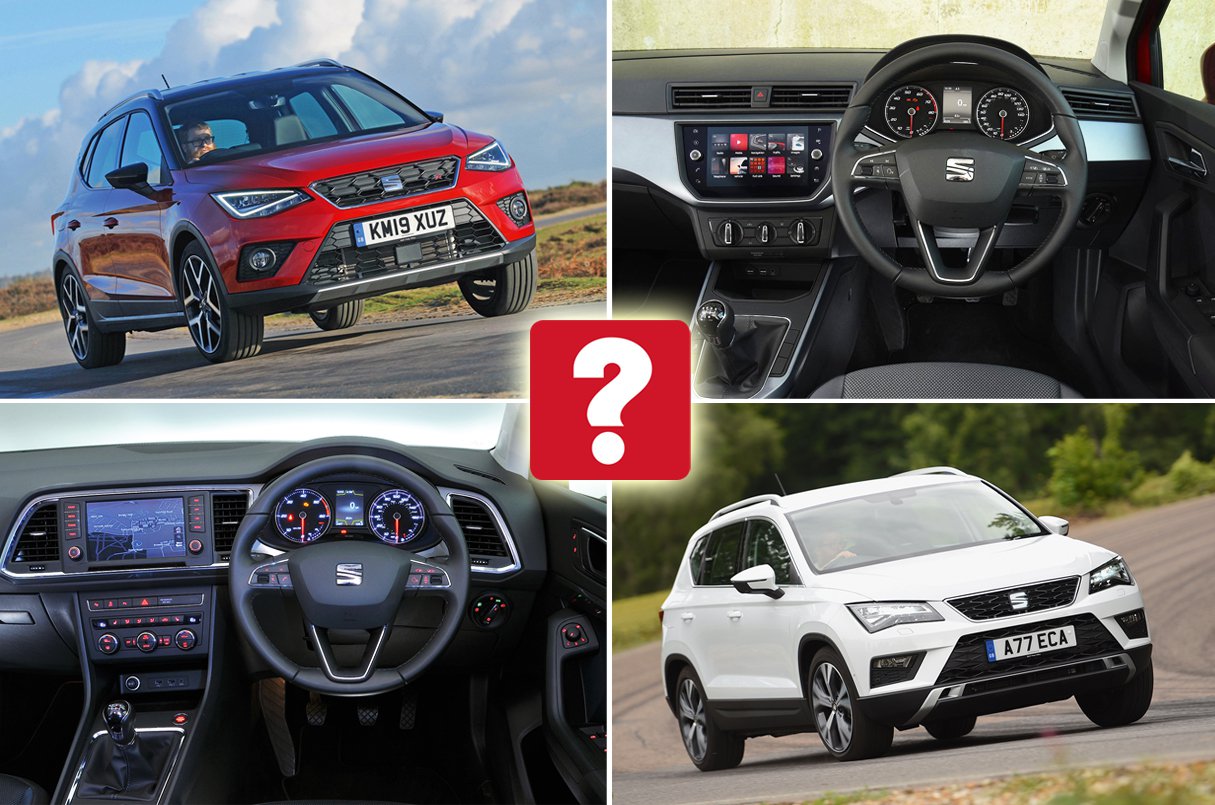 Until a couple of years ago, the closest Seat had come to building an SUV was the Altea Freetrack – a car that was little more than a jacked-up people carrier fitted with ugly unpainted bumpers.

However, when the Spanish brand did finally take the plunge, it gave us the class-leading Ateca. And it's since followed that up with the smaller and cheaper Arona, which was named Small SUV of the Year at our 2019 Awards. 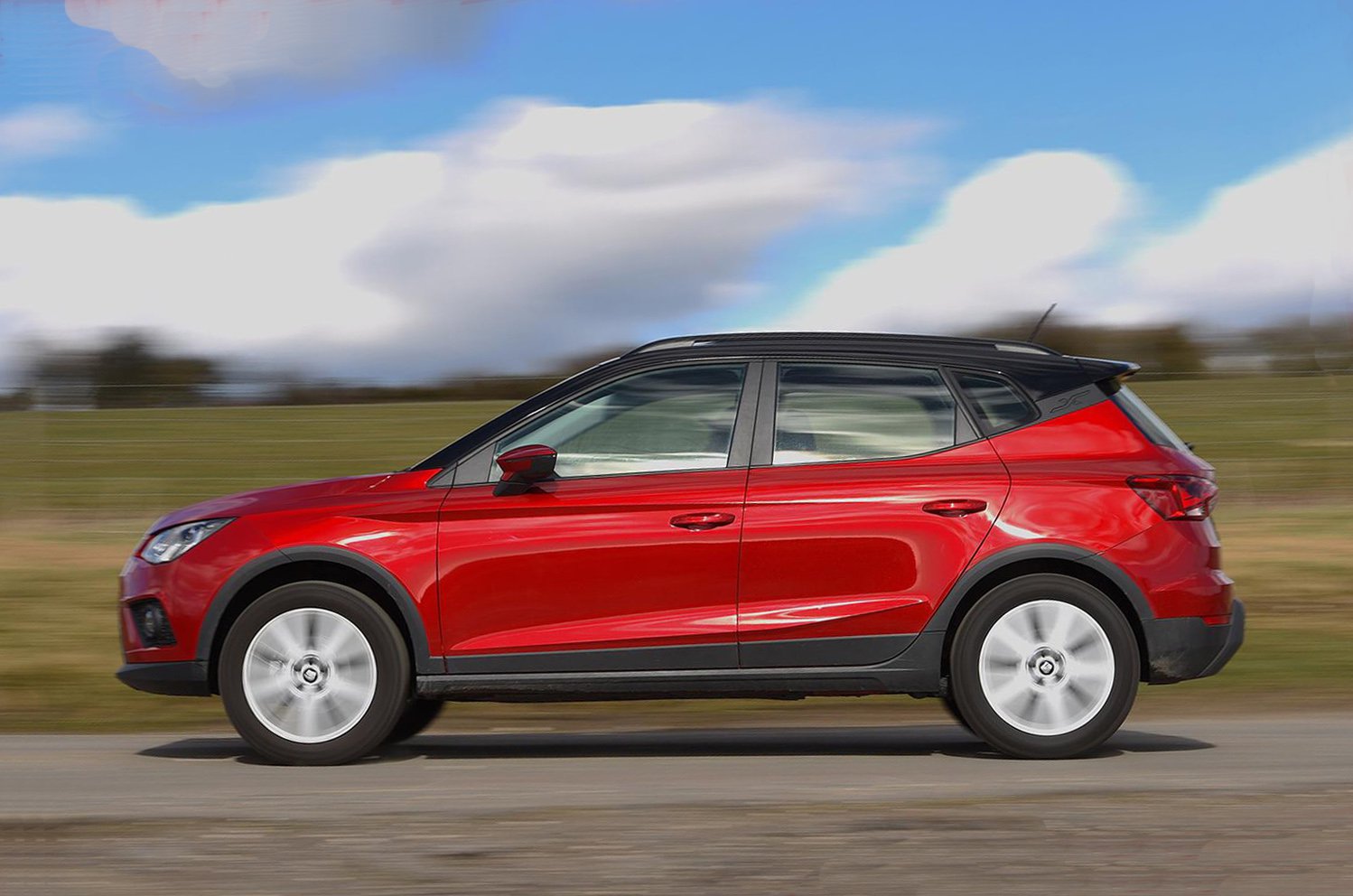 True, third time wasn't a charm, with the seven-seat Tarraco falling a little short of the standards set by Peugeot's 5008. But the Arona and Ateca remain superb choices.

Just how different are these two Seat SUVs, though, and which is likely to suit you better? To answer those questions, we’re comparing them side by side. 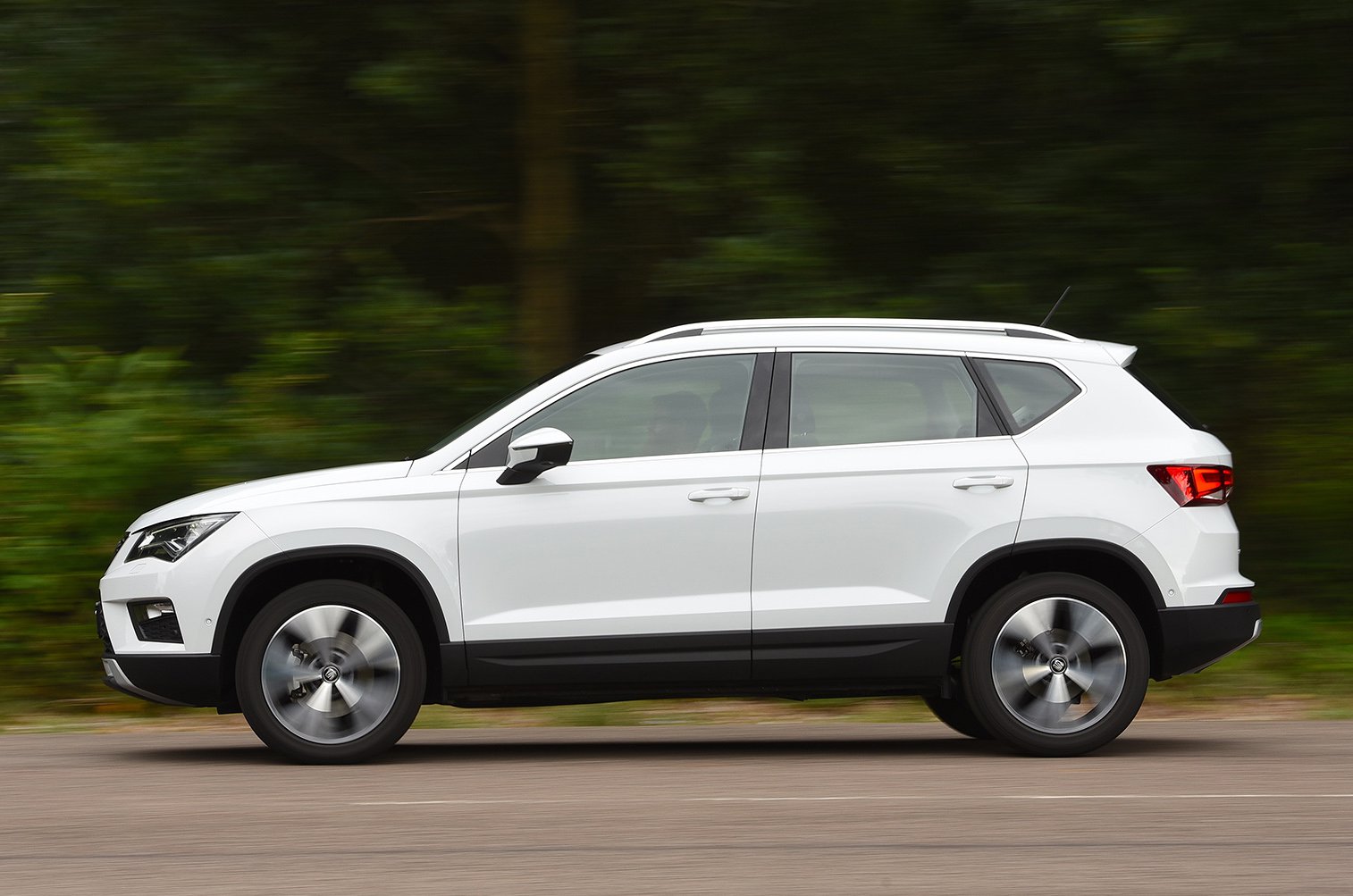 The Ateca and Arona are clearly related, but there's also a lot of Ibiza hatchback in the latter's styling; in particular the triangular headlights and the slashes running down the sides of the body.

On the other hand, the way the trim below the side windows continues through the rear pillars, dividing the body from the contrasting roof, is unique to the Arona. Those pillars feature an ‘X’ motif to reflect the fact that the Arona is a 'crossover’, blending 4x4 looks with hatchback running costs. 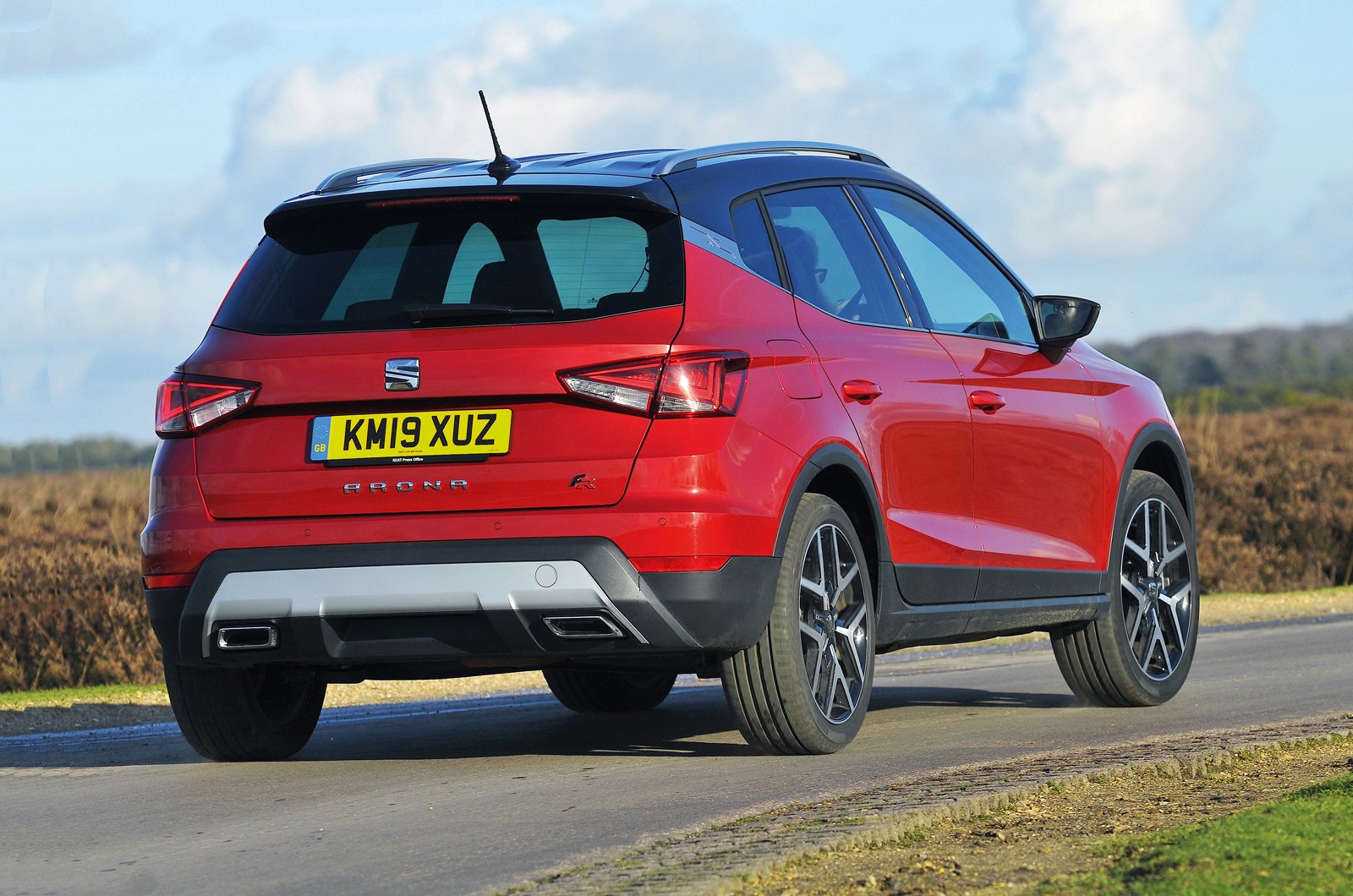 One of best things about the Arona and the Ateca is how much fun they are to drive  – a rare quality among SUVs. However, because it’s lighter and a bit lower to the ground, it's actually the Arona that changes direction with a bit more gusto and leans less when it does so.

In addition, it's generally better at soaking up bumps, but the Ateca is the quieter car, letting in less wind noise from about 50mph onwards. 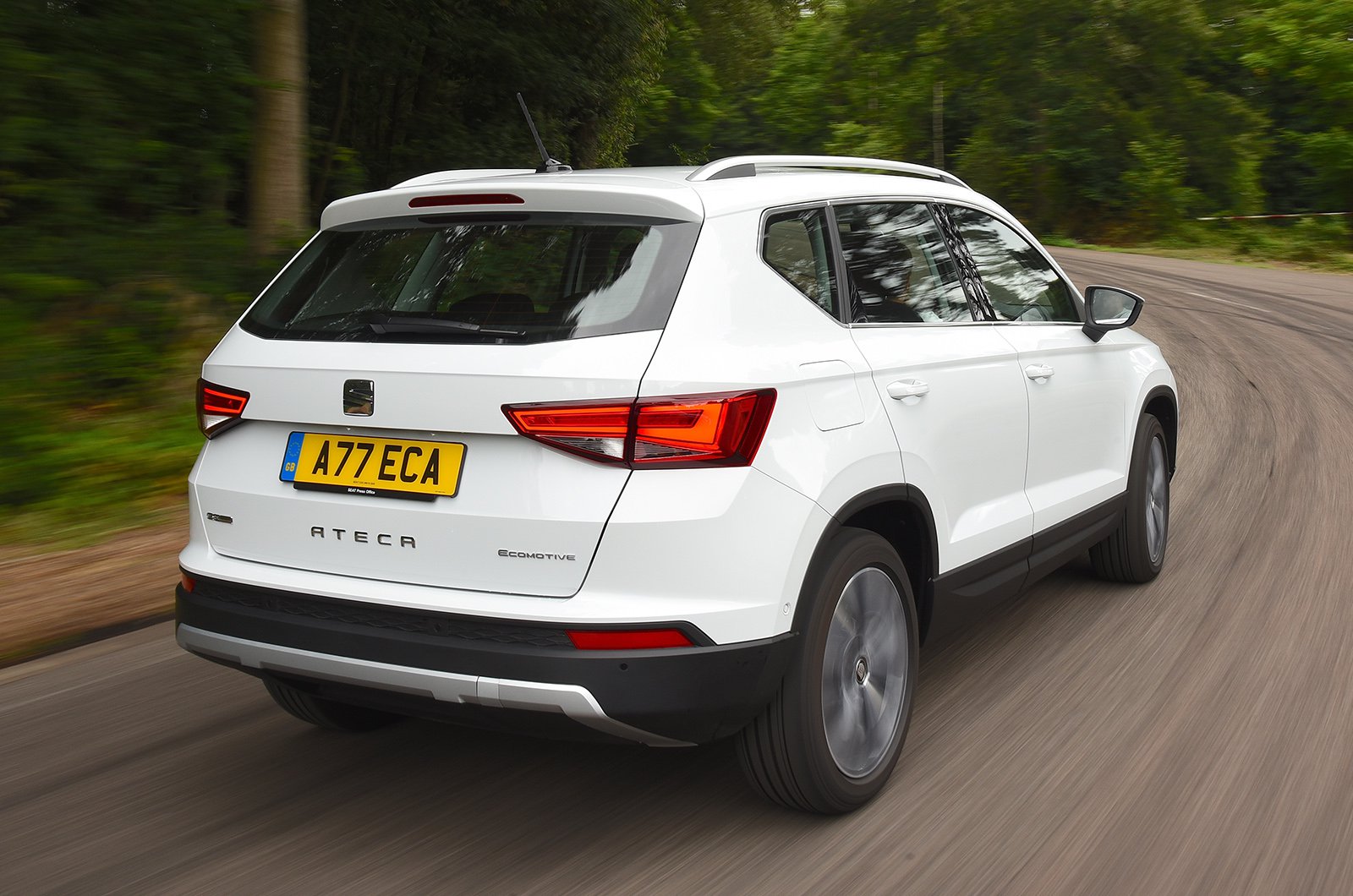 The Arona is available with three turbocharged petrol engines and two diesels, but it's the entry-level 94bhp 1.0-litre petrol that's our pick of the range, because it delivers gutsier performance than you might imagine and keeps the price very tempting.

As for the Ateca, this is at its best with the 148bhp 1.5-litre petrol, which combines solid mid-range shove with an eagerness to rev.

Most people can do without four-wheel drive, but if you decide it's a must, the Ateca is the car to choose; all Aronas send power to the front wheels only.

Next: Interior, equipment and infotainment >