You can only have the RX with a 3.5-litre V6 petrol engine. It drives the front wheels via a CVT automatic gearbox and is paired with two electric motors: one that helps the petrol engine and another that’s fitted to the rear axle to give you four wheel drive. The combined power output of 308bhp is more than is served up by an equivalent diesel-powered Audi Q7, but because that car has more low-end urgency, it’s the Q7 that feels stronger on the road.

So you’re not going to buy this RX for its performance, but you might be tempted by its comfy ride. All but entry-level models get Lexus’ adaptive suspension that can be stiffened or softened to suit your mood. Left in the soft Normal mode the RX absorbs bumps well, particularly small road imperfections that can make some rival SUVs fidget constantly. Bigger obstacles, such as speed bumps are also dealt with without you being jostled around unnecessarily, but certain sharp-edged bumps still send a shudder through the interior – you won’t get that in a Q7 fitted with air suspension.

Unfortunately, even if you set the RX to the firmest Sport+ mode, there is considerable body lean and overall grip levels aren’t that impressive compared to rivals, even if the handling itself is tidy enough. If you go for the F Sport trim level, you can add the optional active anti-roll bars. These reduce body lean somewhat, but the RX still doesn’t manage its body movements as well as the BMW X5 can.

The RX makes a very relaxing motorway cruiser, though, with little wind noise save from a quiet rustle around the base of the screen. The dominant noise at motorway speeds is road noise, but this is no louder than in big-wheeled rivals such as the Mercedes GLE.

As for the noise from under the bonnet,  the RX will run almost silently for short periods on battery power alone when driven gently, and the changeover between electric power and hybrid power is near-imperceptible. The engine is nicely hushed when pootling around at low speeds, and, while the revs soar when put your foot down harder, it does so in a quieter and less harsh manner than previous versions,  thanks to more sound deadening under the bonnet.

Less well-mannered are the regenerative brakes (a system that recovers energy that would otherwise be lost when braking, and uses it to recharge the battery); they’re quite grabby in use, which makes it difficult to slow your progress smoothly. You’ll certainly notice a difference if you’ve just jumped out of an SUV with conventional brakes. 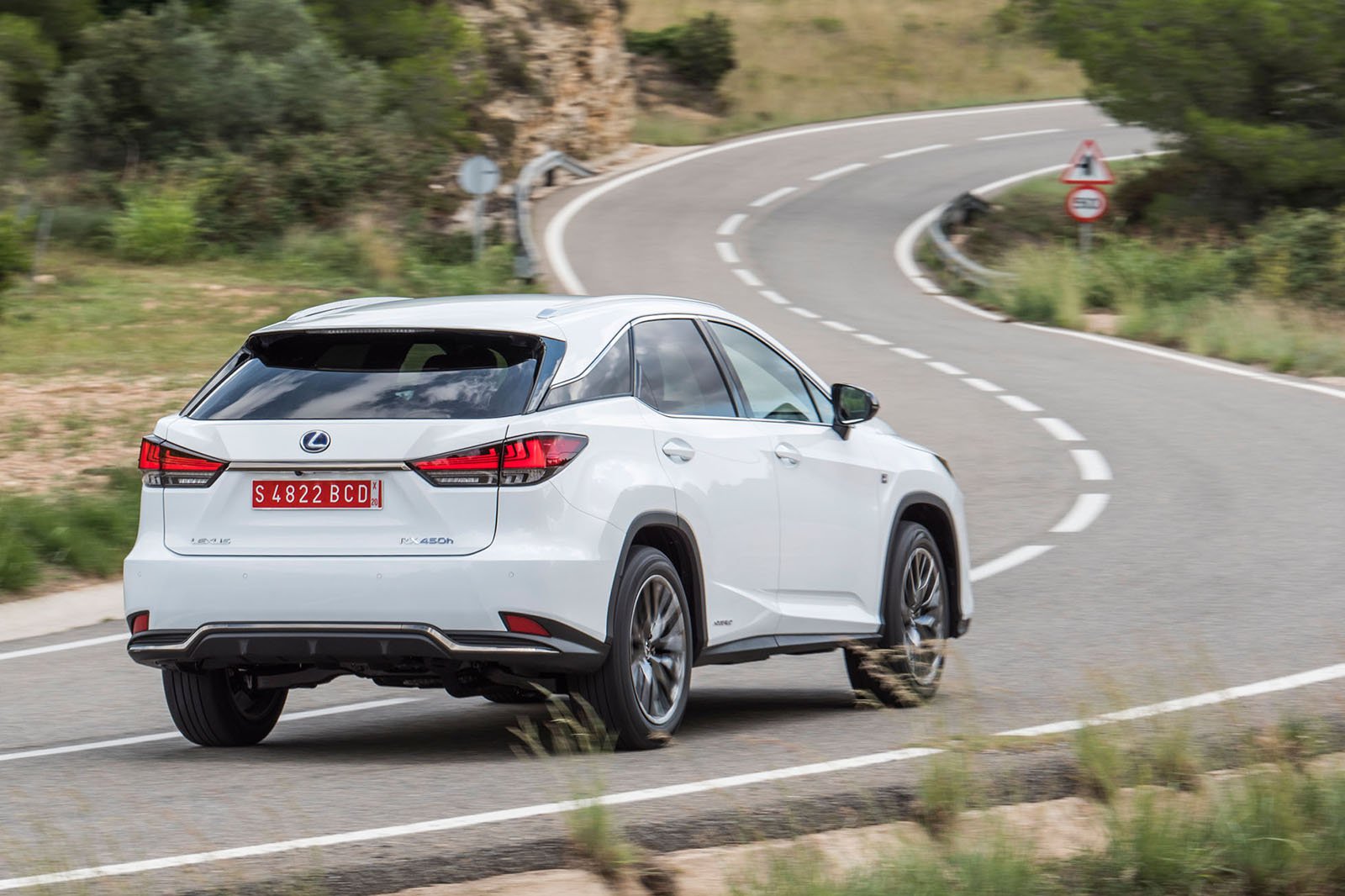 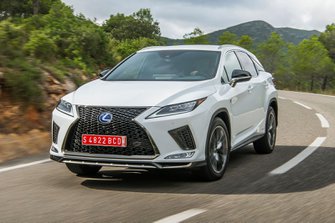