The Civic may have a limited range of engines, but there’s not a bad one among them. The 124bhp 1.0-litre petrol engine is all you really need; it delivers perfectly adequate acceleration from low revs and will complete the 0-60mph dash in a reasonable 10.7sec. However, despite having more power than equivalent 1.0-litre versions of the Volkswagen Golf and Audi A3, the heavier Civic is actually slightly slower than those rivals.

Naturally, with 180bhp, the 1.5-litre offering is faster and has more low-down pulling power – although it doesn’t actually feel dramatically quicker on the road. Likewise, the 1.6 diesel has just 118bhp so its acceleration doesn’t feel particularly strong. However, it’s quick enough for a car in this class and its impressive fuel-efficiency means it could be a good choice for company car buyers.

Of course, if performance is your main focus, forget all of this and just head straight to our Civic Type R review. The sportiest Civic's 2.0-litre petrol kicks out over 300bhp and has a top speed of 169mph, so that should do the trick nicely.

The Civic doesn't ride as smoothly as the Golf (few cars do), but it's pretty comfortable by class standards. Lower trim levels get regular ‘passive’ suspension, which delivers a generally settled ride and doesn't get caught out too badly by potholes. Even so, it's best to resist the temptation to upgrade to the optional larger alloy wheels.

Meanwhile, the more expensive trim levels ride on adaptive suspension that you can stiffen and soften at the touch of a button. However, prod that button to switch to the firmer mode and you’ll feel the road’s imperfections all too clearly; they pass beneath the car in a crashy and uncomfortable manner. 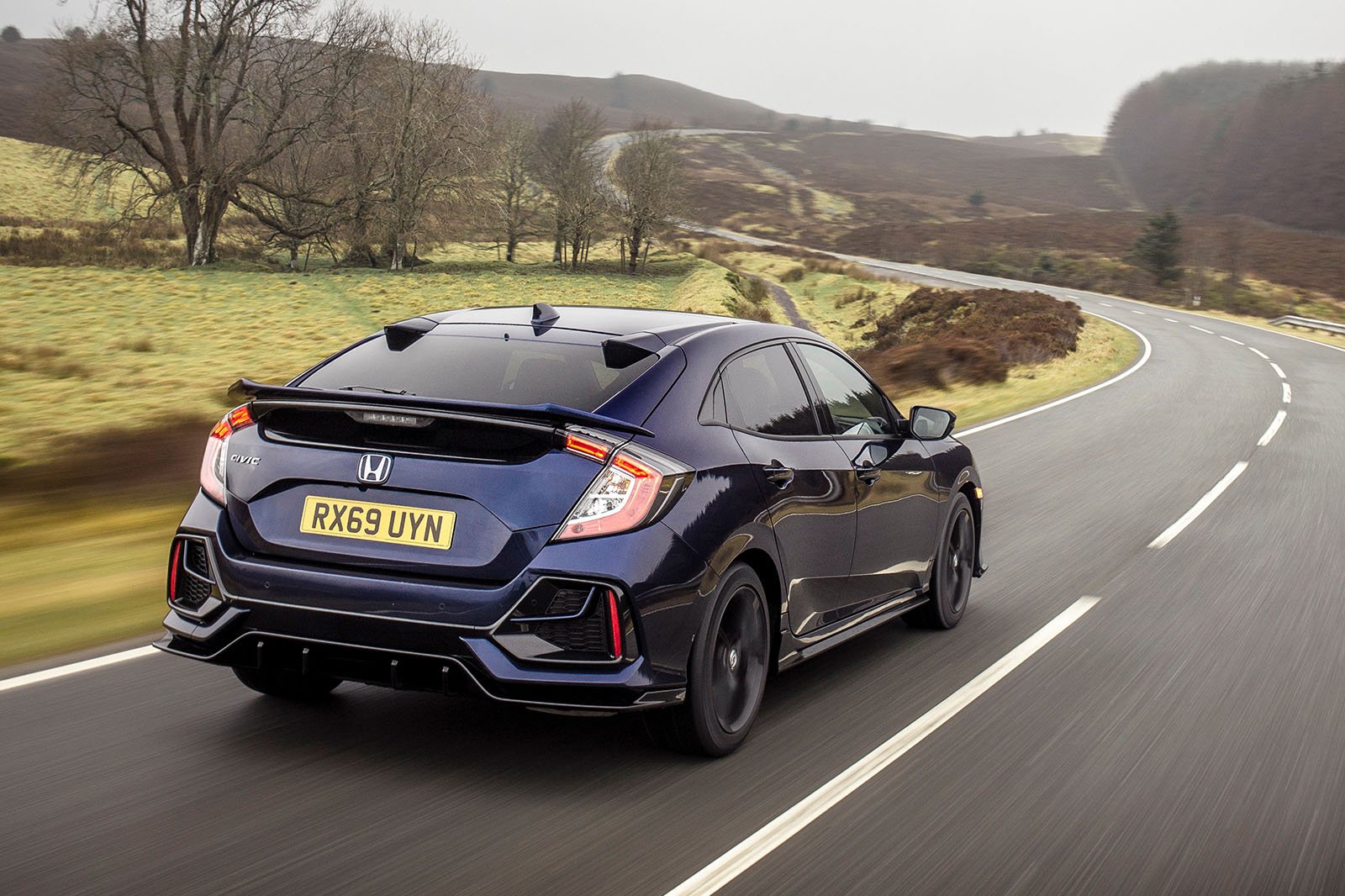 Broadly speaking, the Civic handles well by family car standards. It doesn't grip the road quite as well as the Golf but it stays upright through tight twists and turns, and steers precisely.

However, tackle a corner with any vigour and you’ll wish the steering weighted up with greater consistency to help you gauge how well the front tyres are gripping. This point is the main reason the Civic isn't as fun to drive as the Golf, A3 or Ford Focus.

Around town, the Civic is relatively easy to manoeuvre, although it does have a slightly larger turning circle than some of its rivals.

While the 1.0 petrol engine is a reasonably strong performer, it isn't as refined as we'd like; it's a bit raucous when you work it hard and sends too many vibrations through the soles of your feet. Put simply, 1.0-litre versions of the Golf and A3 are noticeably smoother and quieter. The 1.5 petrol unit is more restrained, remaining quieter and smoother when you put your foot down, although it does begin to sound strained if you rev it really hard.

Unsurprisingly, the diesel is the noisiest of the bunch. Fire it up and it clatters a little at idle, while on the move engine noise grates while accelerating. Thankfully, at a cruise it manages to be far more hushed, but it’s still more vocal than its German oil-burning rivals.

If the automatic gearbox takes your fancy, bear in mind that, when accelerating, it doesn’t change up until the engine’s revs are quite high, causing the two petrol engines to whine and sound strained. This is especially the case when the Sport setting is engaged.

Road and wind noise at motorway speeds is noticeable, too. There isn't enough to really annoy, but the rival Golf and Focus are considerably more peaceful cruisers. 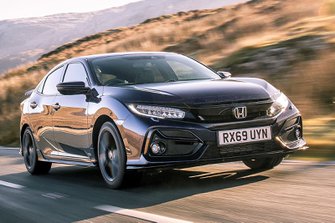 Stylish alternative to the Golf, but it's nowhere near as roun...