The Ecosport is priced close to the Seat Arona and the Suzuki Vitara, and both deliver similar fuel economy in official tests.

In the Ford, the diesel models are considerably more efficient when it comes to fuel economy, claiming up to an impressive 56.5mpg. But, while the diesels will cover the most ground between fill-ups, the vast majority of people will be better off buying one of the petrols – especially the 124bhp version with the manual gearbox. It's still capable of decent fuel economy and strikes a good balance between price and performance. In its more expensive configurations, the Ecosport makes very little sense at all.

Fortunately, even the entry-level Zetec spec comes with a long list of standard equipment, including a DAB radio, two USB sockets, 16in alloy wheels, air-con, electric front and rear windows and a leather steering wheel and gearlever. We reckon this is the trim to go for.

Stepping up to Titanium gives you 17in wheels, built-in sat-nav, a rear-view camera, partial leather seats, keyless start, climate and cruise control, as well as automatic headlights and wipers. Meanwhile, the range-topping ST-Line gets sports suspension and various sports-inspired styling upgrades. However, it's too expensive to recommend, and – unless you’re desperate for the four-wheel drive set-up that’s exclusive to this trim – we’d advise against choosing it.

A three-year, 60,000-mile warranty is standard. This falls short of the four-year, 100,000-mile package included with the Renault Captur and the class-leading seven-year, unlimited-mileage cover on the Kia Stonic. The Ecosport didn’t feature individually in the 2018 What Car? Reliability Survey, but Ford as a brand didn’t do particularly well, finishing only 18th out of 31 manufacturers.

All cars get dual front airbags and curtain airbags for the rear, although disappointingly, emergency braking assistance – a system that helps stop the car in the case of an emergency stop – doesn’t feature anywhere in the range. You can forget about sophisticated driver assistance tech such as automatic emergency braking (AEB), too.

Although the updated Ecosport hasn’t been tested by EuroNCAP, the previous version received four stars when it was tested back in 2013, but it might not live up to that score in today’s more stringent testing. Thatcham Security Research also rated the Ecosport four stars for its ability to prevent being broken into, but the full five stars for preventing being stolen altogether. 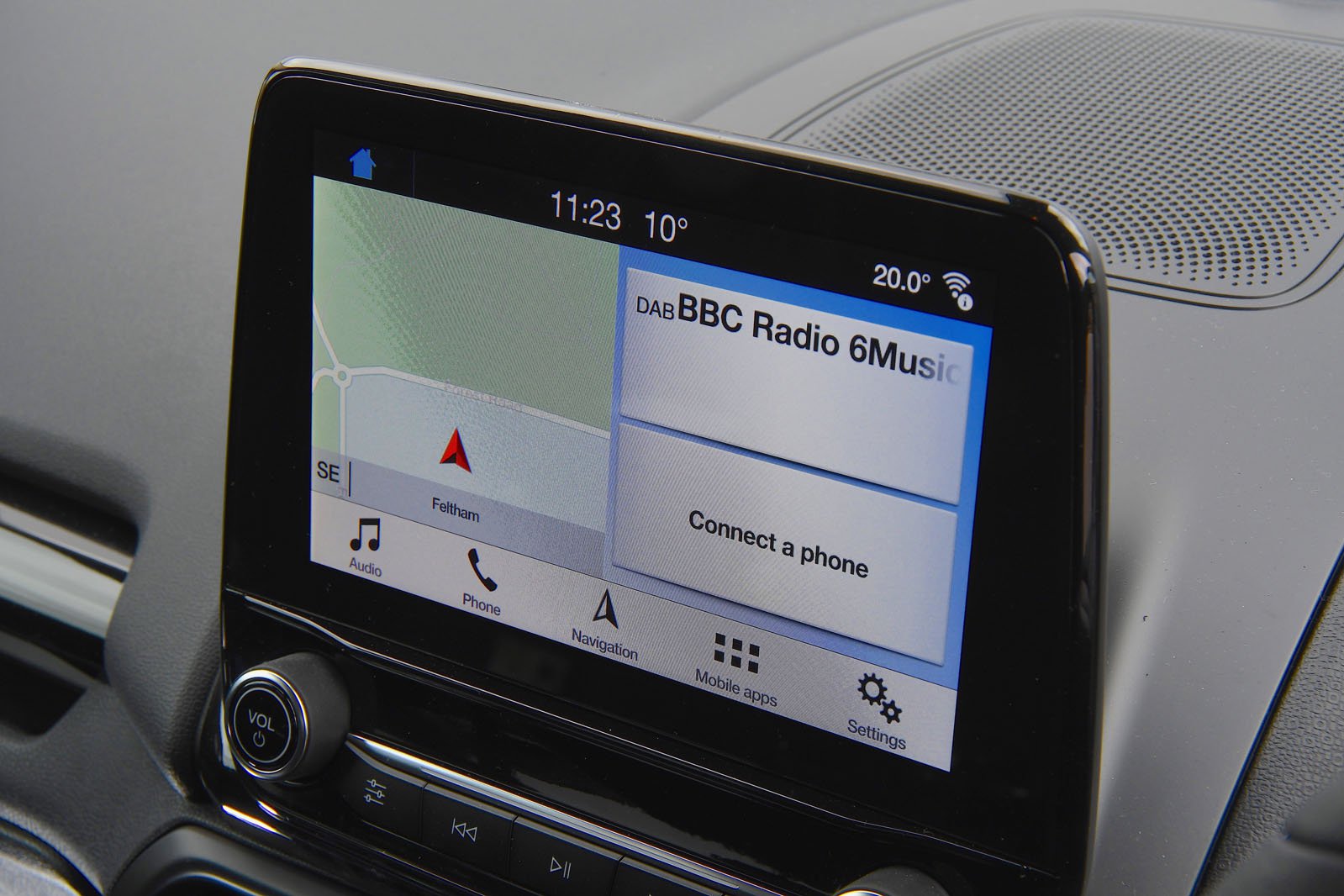 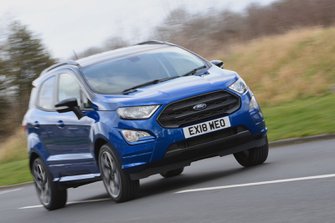 Good on safety and equipment but there are much more appealing...

A fantastic all-rounder apart from its low driv...

Low price and roomy, but average to drive and not every versio...

Roomy for its size and decent to drive