The name 'Bentley Continental GT' conjures up rose-tinted images of what driving used to be like, when the roads were empty and the super-rich would blast across Europe to get to their second home on the Riviera. And yet it was actually the first truly modern Bentley.

Originally introduced in 2003, five years after Volkswagen bought the brand, it benefited from what was then cutting-edge technology and single-handedly increased Bentley sales fivefold.

Given that success, it’s perhaps not surprising that Bentley was happy to just fettle what it had for a long time. However, more recently rival luxury coupés such as the Aston Martin DB11 and Mercedes S-Class Coupé have dramatically moved things on, so Bentley has responded with the car you see here.

Superficially, it might look similar to its predecessor, but the latest Continental GT is actually based on an all-new platform that was developed with Porsche and is also used by the Panamera.

The resulting car is faster, more comfortable and even more luxurious than its predecessor, but is this enough to make it worth the big money Bentley charges? Read on over the next few pages to get our in-depth impressions. 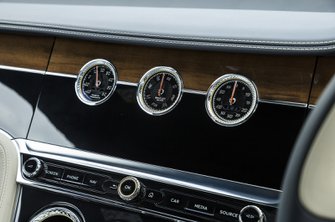 The Aston Martin DB11, particularly the V8 version, is a convi...

The McLaren 720S is staggeringly fast and involving yet perfec...