The 50 TDI is a good engine, pulling strongly from low revs and always feeling like it has plenty of power in reserve. Put your foot down hard and the Q8 will dispatch the benchmark 0-62mph sprint quicker than V6 diesel rivals and even plenty of hot hatchbacks.

The 55 TFSI is a bit quicker, but we’re yet to try it in the Q8. It impresses in the Audi Q7, but we still believe the 50 TDI makes the most sense here, because of its greater fuel economy and gutsier low-rev performance.

The 50 TDI is for some reason, though, compared with other Audi cars that use the same engine, a little more gruff sounding in the Q8 than we're used to. That said, once you’re up to speed it’s barely audible and there’s very little vibration through the controls. In fact, there's little to disturb your peace at all, aside from a bit of wind noise whipped up around the door mirrors on the motorway.

Our only significant complaint concerns the eight-speed automatic gearbox that both engines are paired with; it can be painfully slow to kick down and, if you go to overtake, for example, it hesitates for a second or so before finally delivering the power in a rather erratic fashion. It's genuinely frustrating and, sadly, even selecting Sport mode does little to improve things. Manual mode is more obedient, thankfully.

The Q8 is actually a mild hybrid and its engine can turn off for a limited amount of time at a cruise to boost efficiency – a system that works so well that you don’t even notice it happening. As a bonus, it makes the engine stop-start system noticeably smoother than those in rival cars.

Handling is impressive; the Q8 only suffers from minimal body lean through corners, while quattro four-wheel drive ensures there's no shortage of traction, and the sharp steering has a reassuring heftiness to it.

It doesn’t feel that much fun, though. Indeed, like most Audi cars, it’s merely effective. There’s precious little information filtering up from the front tyres to the steering wheel, and while the optional air suspension does limit body roll in Dynamic mode, it can’t hide the Q8’s two-tonne bulk through quick direction changes. What the car does do well is grip the road firmly and in a totally predictable manner.

Adaptive suspension is standard, but the smallest wheels available are 21in and, whatever driving mode you select, there's a firm edge to its low-speed ride. That said, even on the largest 22in wheels (they are standard on Vorsprung trim), the Q8 is never uncomfortable; sharp-edged potholes and expansion joints do send more jolts through the interior than you’d get in a Q7, but the suspension doesn’t crash or bang and it ultimately feels more pliant over scraggy roads than the BMW X6.

Four-wheel steering is available as an option (or standard on Vorsprung trim). However, while it makes the car feel a bit sharper on turn in and a bit more stable at motorway speeds, the biggest benefit is a reduced turning circle. 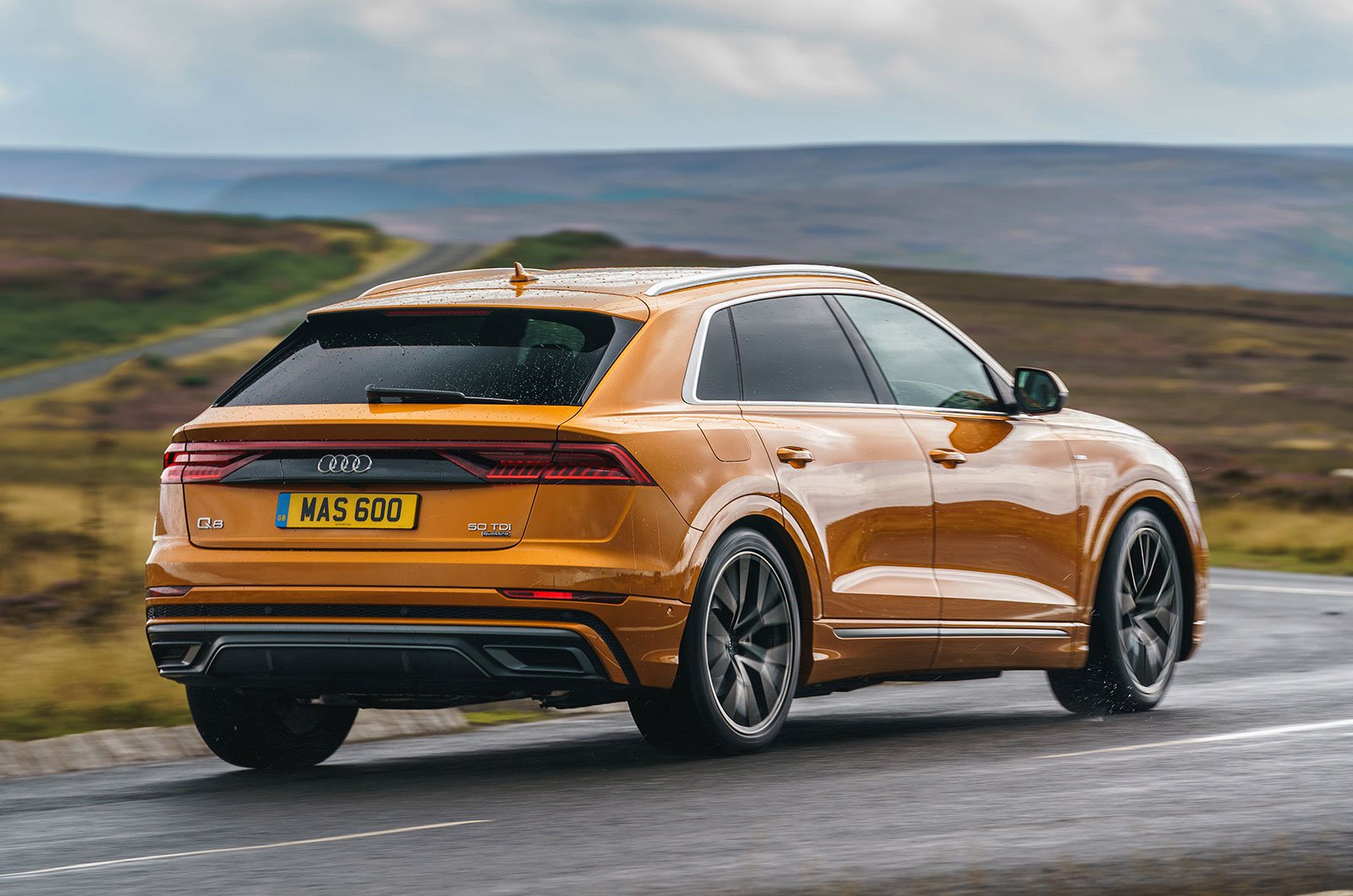 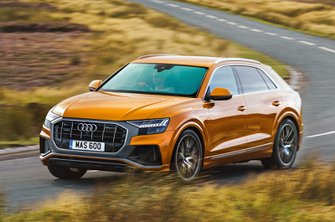