Even the less powerful of the two 3.0-litre V6 diesels (the 45 TDI) has 228bhp and delivers gutsy acceleration. Mind you, the 282bhp 50 TDI is quite a bit punchier, particularly at low revs. Acceleration builds strongly from just 1500rpm, making the Q7 effortless to drive briskly. That's why, for us, it's the pick of the range. Both diesels can pull a braked trailer weighing up to 3500kg, and the Q7 is a really stable tow car.

Don't want a diesel? You have two options: a V6 pure petrol or a plug-in hybrid. The regular petrol engine (badged 55 TSFI) is gutsy enough at low revs, so you don’t need to work it hard. Fuel economy aside (which we’ll discuss in more detail later), there’s lots to like about it.

Your second option is the plug-in hybrid 55 TFSI e. This also uses a V6 petrol engine but adds and electric motor to improve both performance and fuel economy. With a fully charged battery, the TFSI e can officially travel up to 25 miles on pure electricity, although expect around 20 miles in most situations. But if you push your right foot all the way to the floor, the electric motor and petrol engine will team up to rocket the Q7 to 62mph in just 5.9sec.

Air suspension comes as standard on all versions of the Q7, but it’s the Sport and S Line versions that deliver the most comfortable ride. In fact, in these trims, the Q7 is one of the most relaxing cars to waft around in, proving far comfier than rivals such as the Land Rover Discovery and Volvo XC90.

Go for Black Edition or Vorsprung trim and you'll get a 'sports' air suspension system instead. Given that this drops the Q7 15mm closer to the road, it shouldn't come as a surprise that bumps aren't smothered quite as well. That said, it's still relatively supple compared with rivals such as the BMW X5 – a fact made even more impressive when you consider that the Vorsprung is shod with enormous 22in wheels.

The plug-in hybrid 55 TFSIe is less impressive. The heavy batteries and electric motor it has to cart around put a real strain on the suspension, causing it trip clumsily over potholes that regular versions of the Q7 would breeze over. 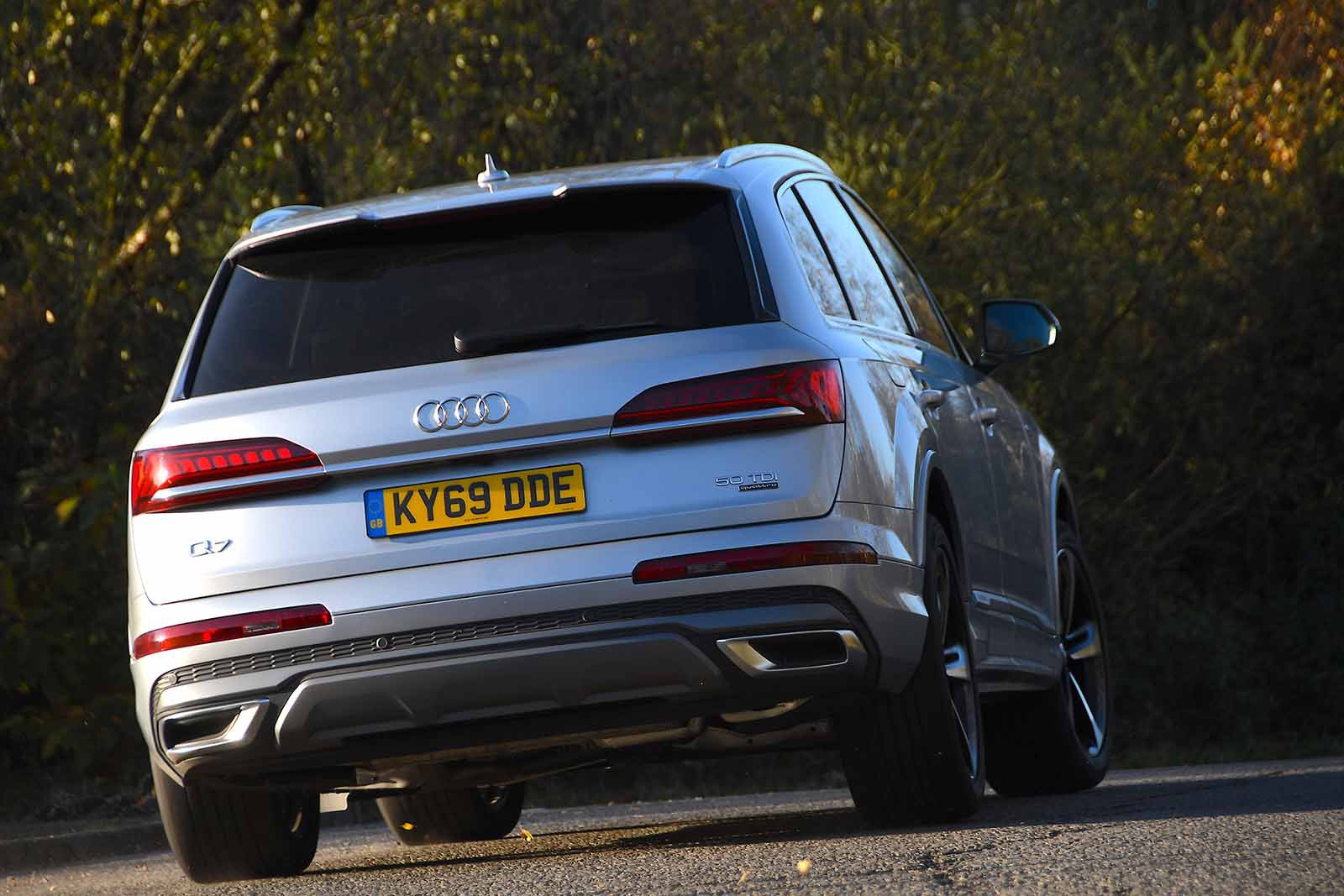 The Q7 is tailored more towards luxury and comfort than sporty handling, but it’s still remarkably agile for a five-metre-long SUV with seven seats. Compared to a BMW X7 or Discovery, for example, it feels positively compact along narrow country lanes, with minimal body lean (especially with the sports air suspension setup on Black Edition and Vorsprung trims) and lots of grip that's balanced well between the front and rear wheels.

If you want a really big SUV that’s notably better at cornering, you’ll need to look at the Porsche Cayenne. Mind you, the plug-in hybrid 55 TFSI e version of the Q7 is seriously heavy, so it leans more through corners and doesn't appreciate being asked to change direction quickly.

All versions have accurate steering, though, with better-judged weighting than an XC90's, even if you don't feel a great deal of sensation streaming to your fingertips.

You'll hear a distant background clatter from the 45 TDI and 50 TDI diesels when starting from cold, but this fades away once the engine is up to temperature. Otherwise, you only really hear them under hard acceleration. Even then, they’re far smoother than the diesel engines in many rivals – especially the Volvo XC90, which has gruffer four-cylinder engines.

The 55 TFSI petrol is even smoother and quieter than diesel versions of the Q7, as is the plug-in hybrid 55 TFSI e – especially when it's running in pure electric mode. The petrol engine and electric motor work in harmony at other times, so there's no jerky handover when the car shifts from one power source to the other.

The standard eight-speed automatic gearbox changes smoothly up and down through the ratios but sometimes proves annoyingly hesitant when you're trying to accelerate briskly away from a standstill. When decelerating, most of the engines can switch themselves off, allowing the Q7 to effectively freewheel for periods of up to 40sec. This is intended to benefit fuel consumption but also reduces noise. On the subject of which, there's little in the way of road or wind noise at motorway speeds. 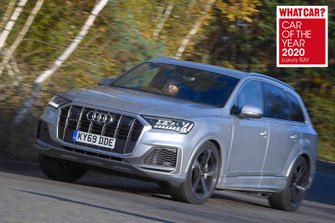