Catalytic converter theft - why is it so common?

Reader's Toyota Prius was targetted by thieves who stole the car's exhaust system. She asks why her car has been targeted for this type of theft...

I own a 2012 Toyota Prius and I went to start it yesterday morning to drive to work and was surprised to hear a loud noise coming from the exhaust. I called out my breakdown service and the patrol told me that someone had cut out the catalytic converter from the exhaust system underneath the car.

What can I do about replacing it and why on earth would someone do this?

There has been a problem with catalytic converters and even entire exhaust systems being stolen from cars for some years. Replacing the catalytic converter and exhaust on a car like the Prius is expensive, so there's a demand for cheap secondhand systems.

Unfortunately, the situation has been exacerbated recently due to a rise in the value of certain precious metals that are found in catalytic converters. In the first half of 2019 thefts of catalytic converters in London jumped to 2894; that's nearly 60% higher than the figure of 1674 for the whole of 2018.

The catalytic converter is housed in a box on the car's exhaust system. It cleans up exhaust gases before they're expelled from the exhaust pipe.

Hybrid cars, such as the Prius, are targeted by thieves because they have two power sources – an electric motor and a petrol or diesel engine – so their catalytic converters are used less frequently to process pollutants. This means the metals inside them are less likely to corrode, so they're more valuable and therefore more desirable to thieves.

A catalytic converter contains palladium, platinum and rhodium. Palladium is worth around £1375 per ounce, platinum is worth about £700 per ounce and rhodium £4000, and although it's illegal to pay for scrap metal with cash, illegal scrap metal merchants will buy stolen materials for cash.

On car models where the catalytic converter is underneath the car, thieves can slide under it and simply cut it off. Those with the unit in the engine bay are less susceptible to theft.

Toyota acknowledges that the 2004-2009 and 2009-2016 Prius and 2012-2018 Auris Hybrid have been particular targets for thieves. In a bid to help deter thefts, it has produced a protective casing for the catalytic converter called the Catloc, which it sells to owners at no profit for around £200 to £250 including fitting.

If, like you, an owner needs to replace the catalytic converter and exhaust, Toyota charges £1050 for a bundle containing the catalyst, exhaust and Catloc; again this is supplied at cost, so the brand doesn't make a profit from supplying it.

Other protective measures you can take include parking your car in a garage or somewhere that makes it difficult for anyone to access its underside and installing CCTV and an alarm.

Best used hybrid cars - and the ones to avoid

With the Government proposing to allow only the sale of electrified cars from 2040 onwards, the spotlight has been thrown onto electric and hybrid cars. Not surprisingly, interest in both has risen dramatically since that announcement, and the proliferation of hybrid cars on the new car market has now resulted in their filtering down onto the used market.

As a result, buying a used hybrid, whether as a plug-in or the self-charging type, shouldn’t be too hard to do. You can find hybrids in all classes of car, too. Indeed with so many different makes and models now available, picking your way through the maze isn’t as easy as it once was. So here we bring you our guide to the best used hybrid cars. Read on to find out if there's one for you. 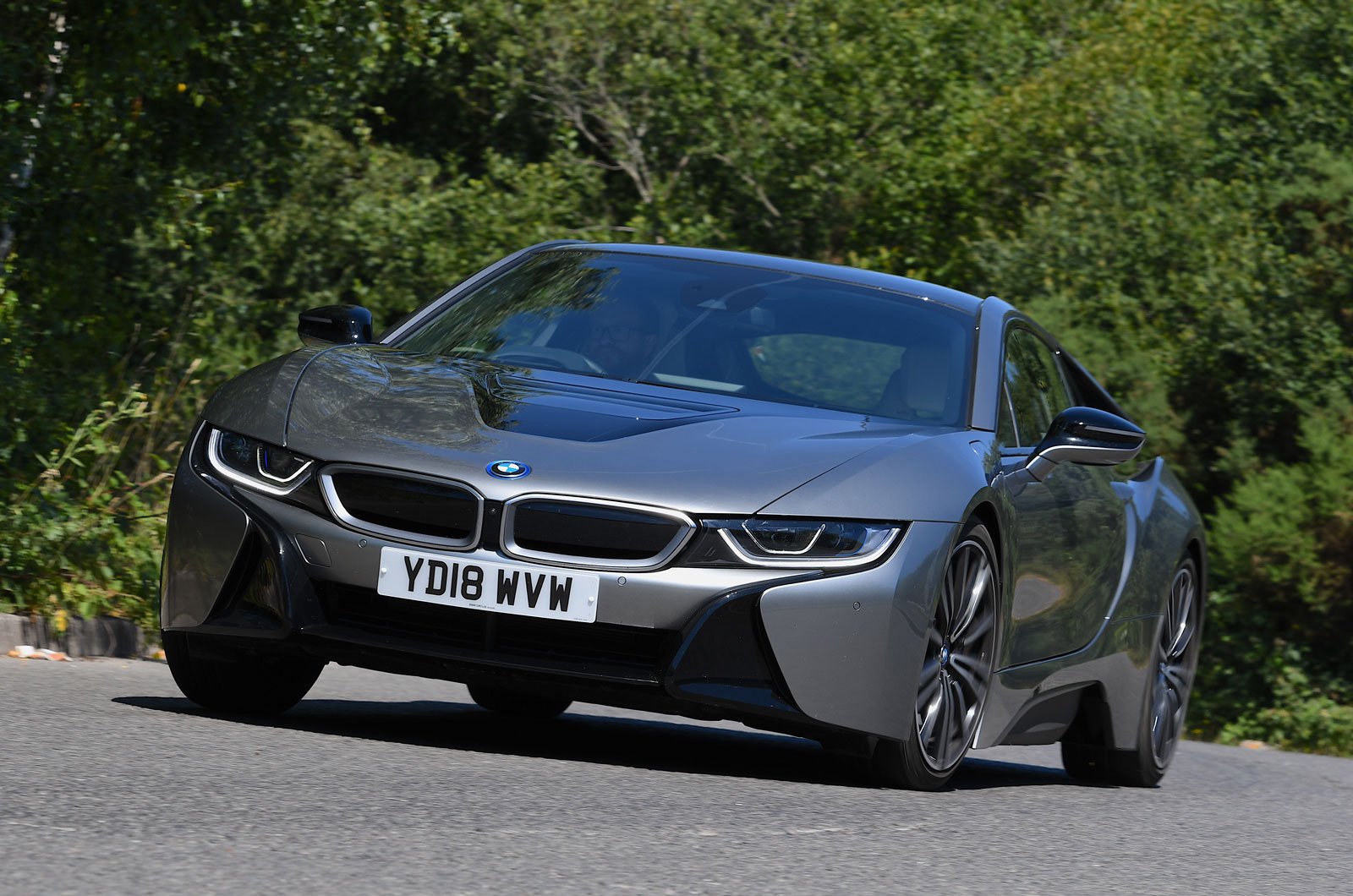 With its wild looks and radical powertrain, consisting of a three-cylinder turbo petrol engine and an electric motor, the BMW i8 caused quite a stir when it was launched, and it’s no less dramatic a sight today. It’s a plug-in hybrid, and you can do 22 miles on electric-only power if you want. What’s more, you get two tiny rear seats, meaning it can almost rival a Porsche 911 for practicality. Put simply, there’s nothing quite like it on the used hybrid market. We love it.

Read the used BMW i8 review 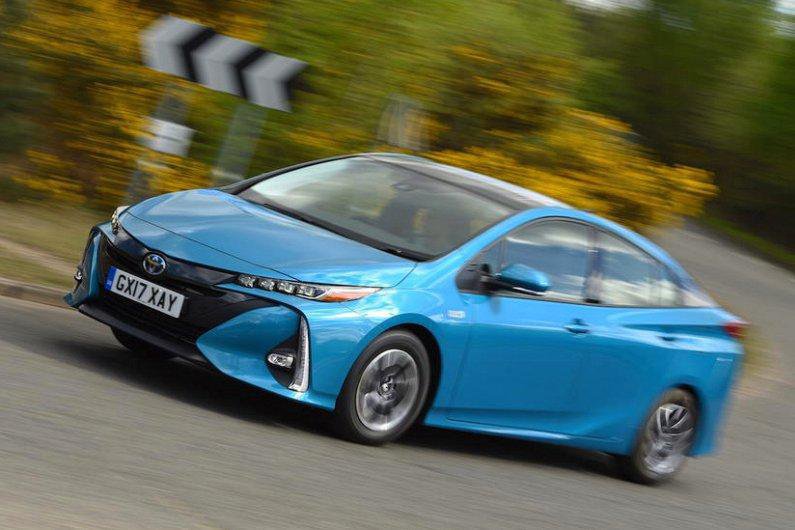 It’s rather bland to drive and a little plasticky inside, but there are good reasons why the Toyota Prius is so plentiful: it’s reliable, efficient and spacious enough to serve as everyday family transport. Not to mention, it’s the hybrid that popularised the term. Its ubiquity makes it an easy option to buy used, too, because you’re more likely to find a tidy example locally. You can choose between traditional hybrid and plug-in variants, and whichever model you go for, equipment is plentiful. 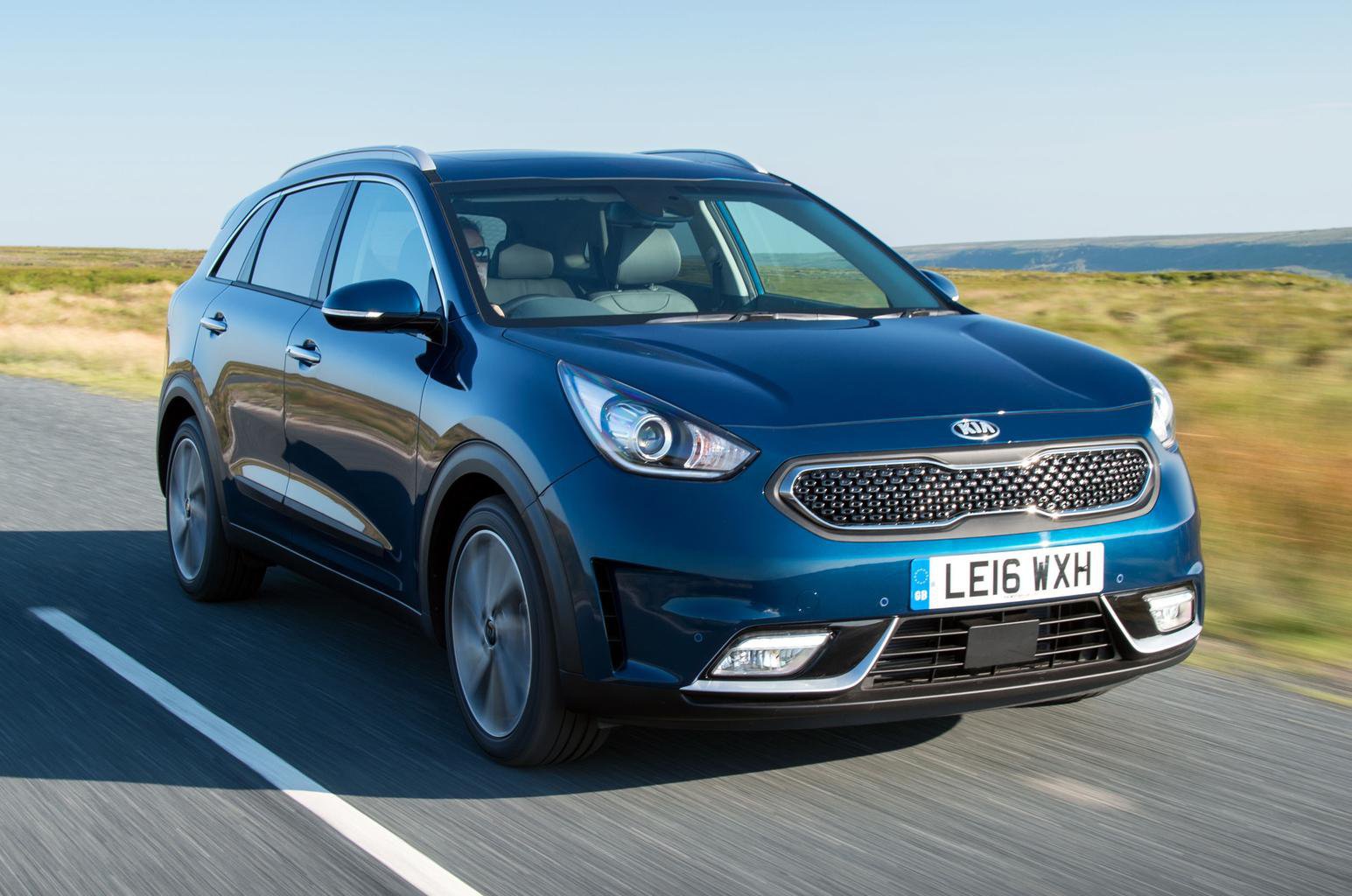 You can choose your Niro from new in three different guises: pure electric, plug-in hybrid or regular hybrid. We've gone for the plug-in version here because it can run for up to 38 miles on electric-only power, cutting your overall fuel consumption on shorter journeys. The PHEV is near-silent when running only on batteries and still quiet in petrol-electric mode, with engine noise only becoming strident when you really press on. Inside, you’ll find there’s loads of space in both the front and rear seats.