Finding a comfortable driving position in the Touareg is pretty easy. Both the steering wheel and driver’s seat have plenty of manual adjustment to ensure that, regardless of your shape, you’ll be well treated on board. That is with the exception of the SE trim, which doesn't include lumbar support adjustment, so its seat lacks lower-back support. The only way to add this is by ordering the hugely expensive option of leather seats. A powered, 14-way driver's seat, with four-way lumbar adjustment, is standard on R-Line Tech trim and above.

You may sit behind a familiar Volkswagen steering wheel, but things look very different to any of the brand's other models when you cast your eyes across the dashboard. Unique, clear and classy analogue instruments, next to a sizeable 9.2in touchscreen infotainment system, are standard on lower trim. A larger, 15.0in infotainment touchscreen and digital dials – on a 12.0in screen, which can be configured in all sorts of ways – are the default from SEL Tech trim and up.

Unfortunately, neither of the infotainment systems are as easy to use as the BMW X5's, which is operated far more easily on the go by its logical rotary dial between the front seats. We’d suggest sticking with the standard system in the Touareg, and avoid the 15in screen. Like all touchscreens, trying to hit icons while driving demands you take your eyes off the road, but at least with the 9.2in screen there are some physical buttons beneath the screen for the climate controls. With the upgraded infotainment package, the physical buttons disappear and everything is operated from via the screen, which even more distracting. Apple CarPlay and Android Auto are standard if you want to eschew Volkswagen's software and use your phone's apps instead.

You might also find the interior quality a disappointment for a luxury SUV. The steering wheel and gear selector might be trimmed in leather, and the top of the dashboard and doors do feature squishy materials, but your fingers don’t have to wander too far to find plastics that could have been lifted from the smaller VW T-Cross. These hard and scratchy surfaces feel very out of place at this price point, as do the fake metal trims, which add to a sense of cost cutting. The Q7 and X5 knock spots off the Touareg for quality

Large windows mean you get a great view out, though. If you need a bit more help when manoeuvring, all trims come with front and rear parking sensors and a rear-view camera as standard, along with LED headlights. You can upgrade those to adaptive 'Matrix' LED headlights for an extra cost (these come as standard on the top Black Edition trim). 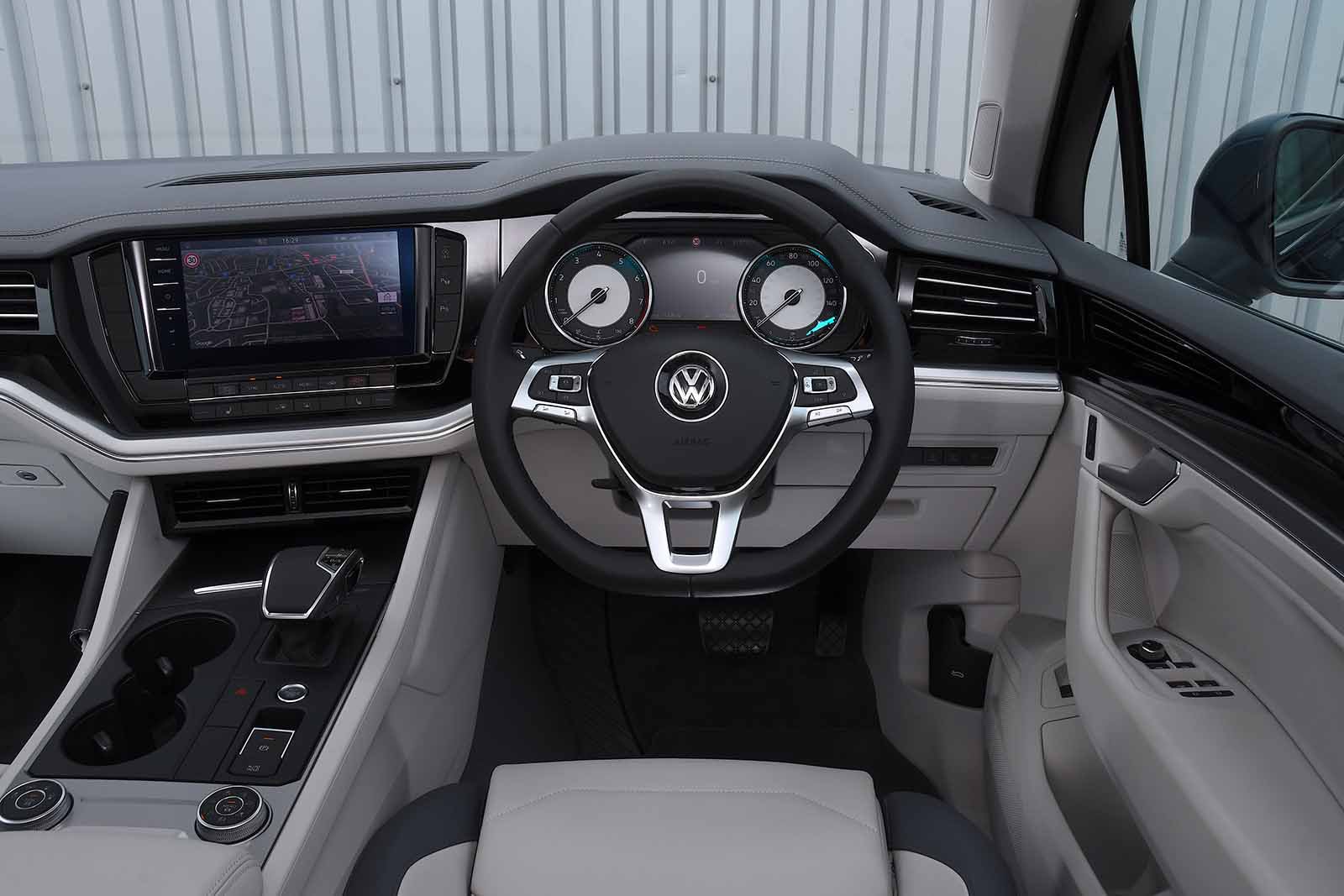 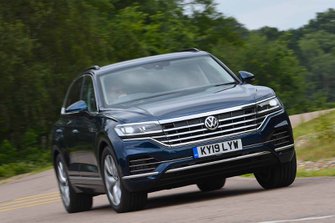