Question: what’s preventing you from buying an electric car? Most people have a round trip to work of less than 100 miles, and the Volkswagen e-Golf has a battery range of 186 miles. Okay, even VW admits that'll drop to around 125 miles in the real world, but still, that’s more than enough charge to keep you moving on the daily commute.

You can charge it through a normal household three-pin plug, which takes 13 hours for a full charge. Alternatively, you can have a dedicated charging point installed at home, bringing charging time down to four hours; such chargers are steadily becoming more common in public spaces such as supermarket car parks, too. If you have access to the latest quick chargers that are popping up in service stations around the country, you can even get a decent range boost in just 45 minutes while you make a pit stop for coffee.

So if you fancy an electric car, should you go for an e-Golf, or rivals such as the Kia e-Niro, BMW i3 or Nissan Leaf? Read on and we’ll give you the answer.

As with any EV, there’s a smooth rush of silent and powerful acceleration when you put your foot down. In fact, it shoots to 62mph from a standing start at least as quickly as most diesel hatchbacks can. That's for nipping between lights in the city and it'll cruise at 70mph without any issue, although doesn't have much oomph if you try to go much faster.

Pulling the gear selector down to ‘B’ has the same effect as engine braking in a conventional car, while recovering energy and feeding it back into battery. You can choose from five driving modes in total, depending on the severity of braking you want and how much energy you want to recover. If you really want to conserve energy, the optional heat pump is worth considering – it recovers warmth from the car’s electrical systems to heat the interior in cold weather.

The standard driving mode is all you really need in most situations, but if range anxiety does start to creep in, selecting one of the economy modes limits power and top speed, and either restricts or completely turns off the air-conditioning, all to conserve battery charge.

The e-Golf doesn't handle too differently from any other Golf. There's slightly more body lean through tight bends, but its steering is well weighted and gives you a good sense of what the front wheels are doing. It's certainly agile enough for you to have fun on tight city streets, and there's enough grip to make cross country drives entertaining. It's certainly more fun than the Nissan Leaf, which has significantly more body roll.

Ride quality is also impressive. At low speeds, the e-Golf smoothes over broken roads as well as any mainstream Golf does, and is just as comfortable on the motorway. In fact it’s far more cosseting than the slightly jittery BMW i3 and beats the Kia e-Niro, too.

At speed, road and wind noise are also well hushed, making the e-Golf one of the most refined electric cars on sale. Add in the lack of a grumbly diesel or petrol engine – just the near-silent whir of the electric motor – and it’s a very peaceful drive indeed.

The real-world range of around 125 miles is reasonably competitive for the class, although a Renault Zoe will get you even farther between charges. However, it's the Hyundai Kona Electric that has the best range for this sort of money, closely followed by the Kia e-Niro. 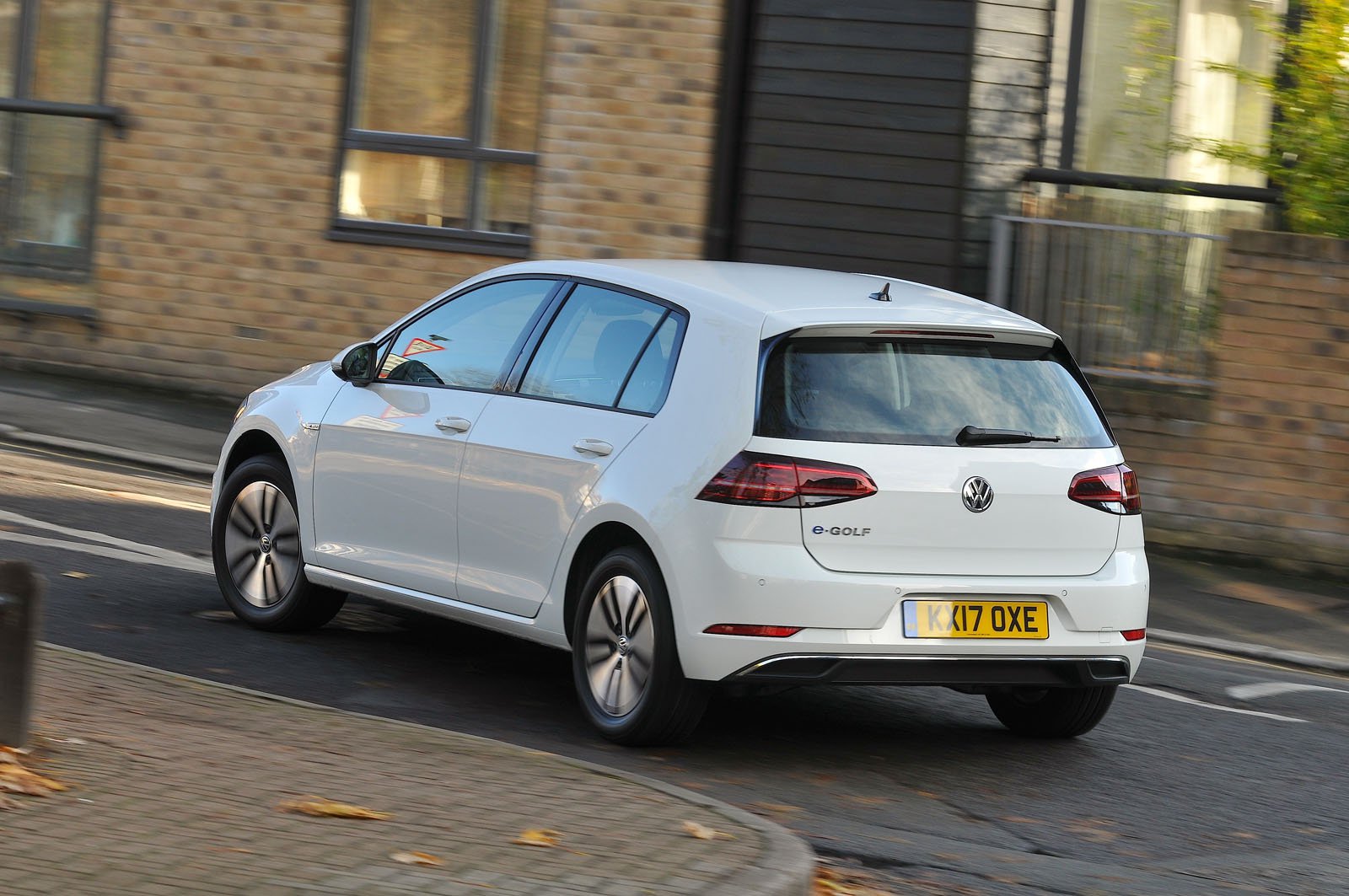 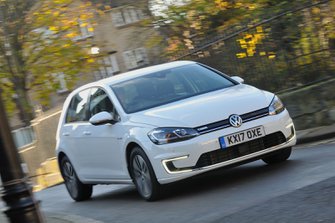