While drivers of all shapes and sizes are well catered for in terms of head and leg room. Adjustment is manual unless you step up to pricier Excel trim, which adds full electric seat adjustment with a memory recall function. It also brings adjustable lumbar support to help support your back on longer journeys.

Whichever version you go for, the RAV4's driving position is typical SUV, and is set high up to give you a commanding view over the road. The large centre armrest is also a real boon for comfort.

That SUV flavour is further imbued by chunky dashboard controls which are clear and easy to reach. By contrast, some of the systems in the rival Honda CR-V, especially the trip computer and adaptive cruise control, are highly confusing to use.

Seeing out of the RAV4 is pretty easy: the windscreen pillars aren’t too thick so your vision isn’t badly obscured at roundabouts, and the rear screen is both wide and deep. However, while the rearmost side windows give you a clue towards what’s over your shoulders, there’s still a thick rear pillar on each side of the rear screen that obscures potential hazards when reversing.

That said, the RAV4 comes with enough aids to lessen the fear of parking in tight spots, with both rear parking sensors and a reversing camera standard from entry-level Icon trim. Upgrade to Design trim and you'll get parking sensors at the front, too. Another welcome feature is the RAV4's standard LED headlights. 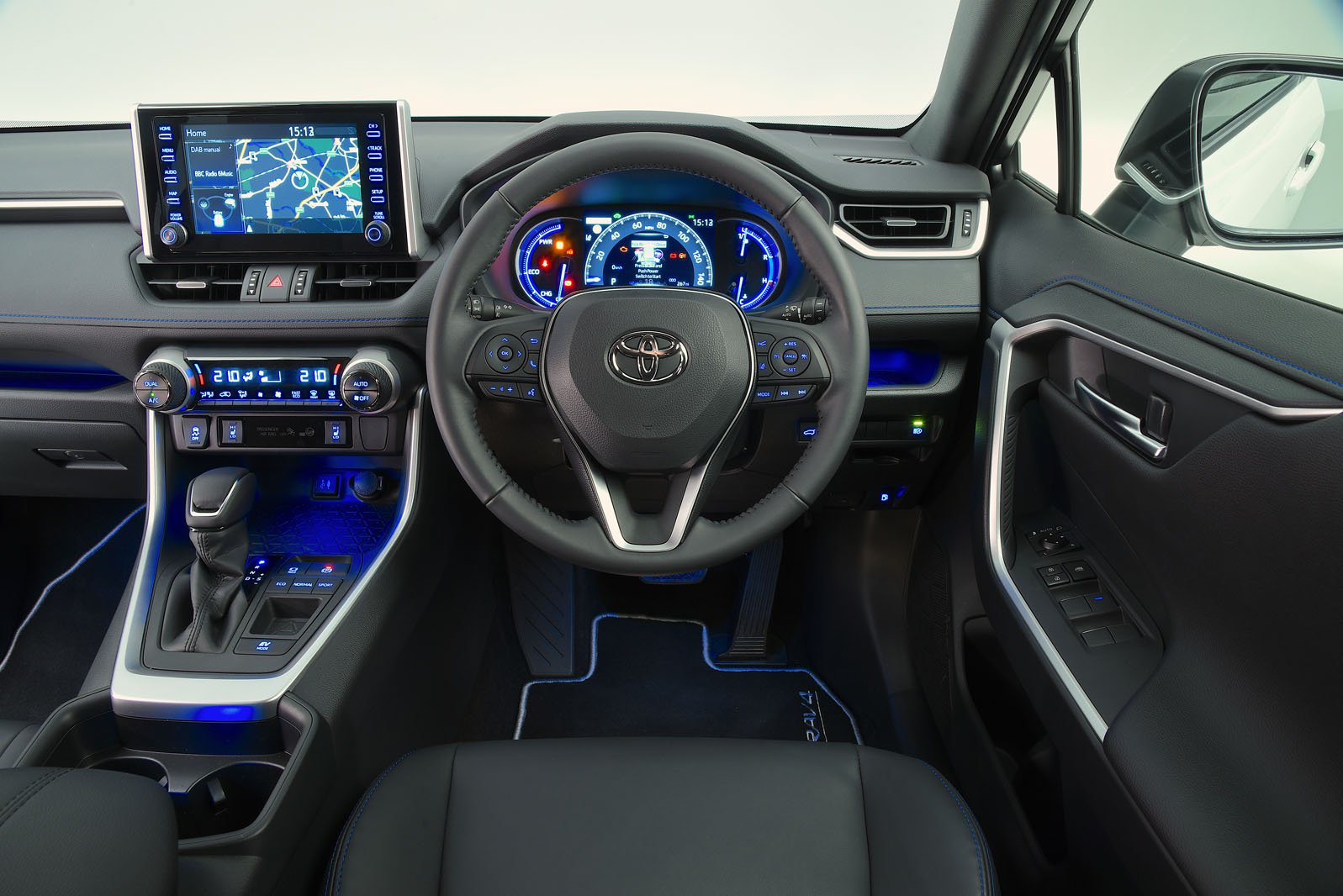 Infotainment is undoubtedly the RAV4's biggest weakness. The first problem is the hardware, because the 8.0in touchscreen is quite low in definition, with small buttons that take some strong prodding to select. It compared poorly to that of the Skoda Kodiaq, which offers pin-sharp screen resolution and superb graphics.

Then there's the operating system, which isn't especially user-friendly and takes a while to get your head around. However, our biggest gripe is that there’s no smartphone mirroring such as Apple CarPlay or Android Auto – a feature you can more or less take for granted among the RAV4’s rivals – which would allow you to use smartphone apps, such as WhatsApp, Google Maps and Waze, through the car’s touchscreen. The latter two would be especially useful on the entry-level trim, which doesn’t have in-built sat-nav, either.

At least the screen is positioned nice and high up on the dashboard, meaning you don't need to divert your eyes far from the road to view it. You get a DAB radio and Bluetooth on all versions of the RAV4, too, and the JBL stereo that's optional on the posher trim levels delivers good sound quality.

Most of the materials on the upper surfaces look smart and feel relatively plush. As such, the RAV4 feels more upmarket inside than the rival Honda CR-V, which is tarnished by a greater amount of hard, shiny plastic and obviously fake wood trims.

The slick action of the RAV4's dashboard switches gives an air of integrity, and the rubberised finishes, such as on the controls for the air-con, add to its rugged SUV appeal. If you’re searching for the visually spectacular, though, nothing at this price beats the Peugeot 5008’s striking interior, which makes the RAV4’s appear a mite staid.

Although similarly conservative in design, the Skoda Kodiaq and Mazda CX-5 also have classier interiors than the RAV4 and feel that bit more solid inside. 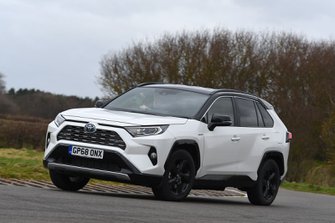 The Volkswagen Tiguan Allspace has all the positive traits of...

Not the best large SUV to drive but, in seven-seat form...