There's a wide range of steering wheel adjustment and the seat is reasonably comfortable. You get height and lumbar adjustment as standard, although some of our testers found the seat a little narrow and lacking side support. Seat comfort is subjective, though, so try before you buy.

Range-topping SE L trim replaces the conventional analogue instruments with a digital screen. This can simply show a set of digitised dials but can also display a multitude of other information in a clear and concise fashion.

And on the subject of clear and concise, Skoda has sensibly decided to keep traditional buttons and knobs for all the major features – including the climate controls. That makes the Scala is a breeze to operate while you're on the go, and it's so refreshing in a world where more and more rivals are employing touch-sensitive buttons or loading features onto the infotainment system; both are far harder to use without taking your eyes off the road.

Thanks to relatively slim windscreen pillars, front visibility is impressive. The rear pillars are thicker, but there's still an acreage of glass to make your over-the-shoulder vision way better than it is in many rivals, including the Ford Focus, Vauxhall Astra and, most strikingly, the enclosed rear of the Mazda 3. Rear parking sensors are standard on all but entry-level S trim, and if you want to add front parking sensors or a rear-view camera, you can do so for a relatively small extra cost.

Another big plus is that all trims come with LED dipped headlights (full-LED headlights that include the main beams are optional). These are far more illuminating at night than the halogen bulbs that cheaper versions of the Focus and Kia Ceed come with. 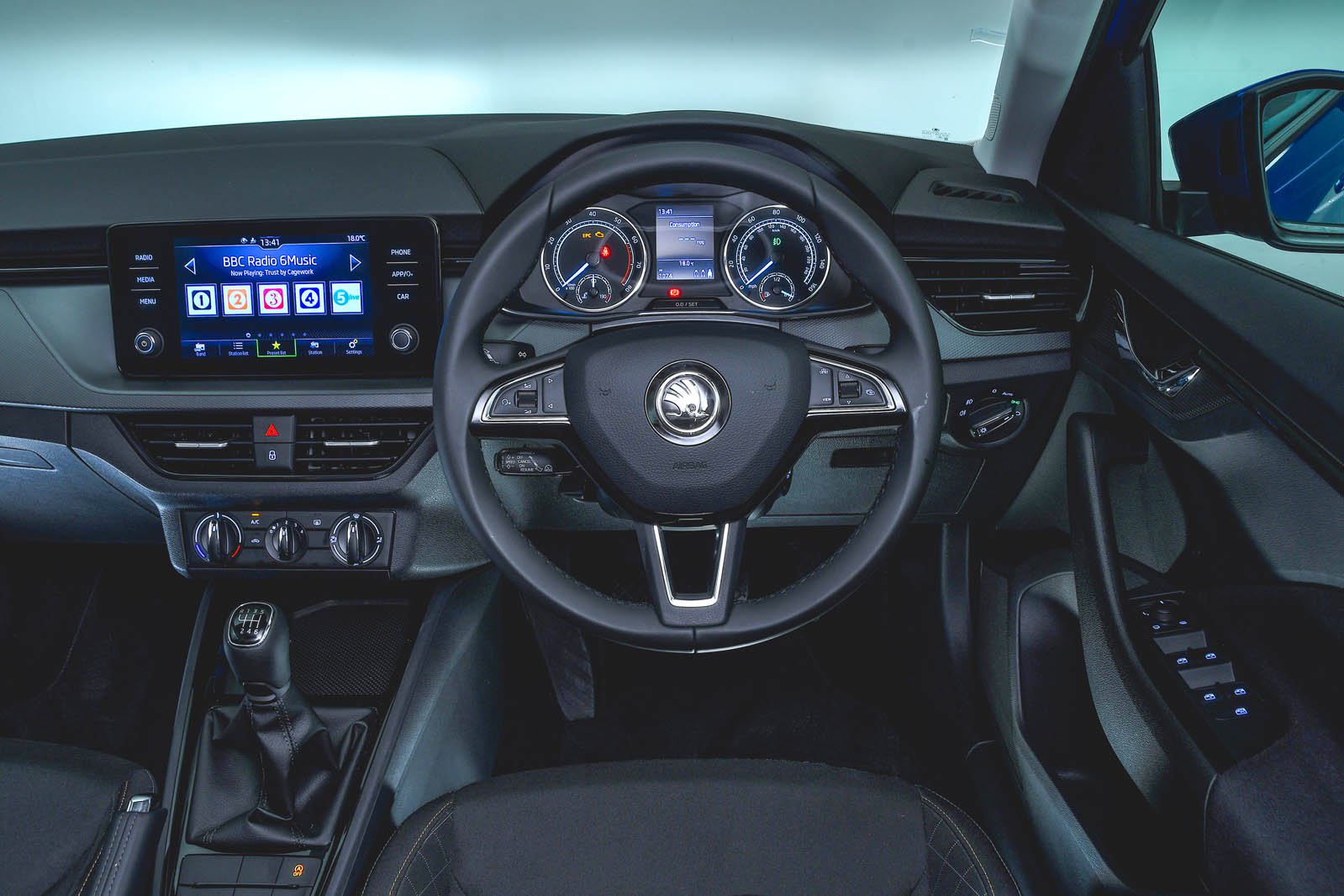 We've already mentioned the problems associated with using touchscreens on the move in the Driving Position section. It's for that reason we like the Mazda 3's rotary infotainment controller, which is less distracting to use while driving than trying to hit an icon on the Scala's touchscreen. And while the shortcut buttons around the Scala's screen are helpful for swapping menus, they're not physical buttons that you can learn to find by feel, but touch-sensitive ones, which you can't. Beyond those issues, the Scala's infotainment is one of the better systems in the class.

Entry-level S trim gets a small 6.5in touchscreen, while SE trim brings an 8.0in touchscreen with SmartLink so you can use your mobile phone's apps, including navigation aids such as Google Maps and Waze, from the screen itself. That makes the lack of in-built sat-nav less of an issue. A DAB radio and Bluetooth are also included, along with two USB-C ports.

If you move up to SE L trim, you get a 9.2in screen with in-built sat-nav and Infotainment Online, which gives you access to online features including traffic and weather reports. Both systems feature a glass-fronted screen that's beautifully clear, with sharp graphics and simple, responsive menus. The stereo system has eight speakers, but it’s a little tinny, with no premium upgrade available.

This is one of the areas where you understand why the Skoda Octavia costs a little more than the Scala. There's a generous array of pleasant-to-touch interior surfaces in the Octavia, whereas the Scala uses far more hard plastic that, while robust, doesn't look or feel very plush. Some soft-touch materials are used on the upper dashboard, at least.

To get a feel for where the Scala sits among its key price rivals on quality, it's outclassed comprehensively by the Mazda 3's classy interior, but it looks and feels a bit nicer than the Ford Focus's iffy insides. 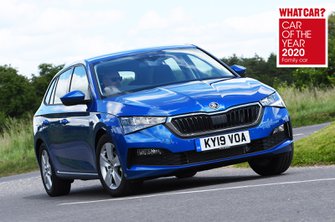 The Hyundai i30 is worth considering if you value practicality...