Kicking off the engine range is the 94bhp 1.0 TSI 95. Its official 0-62mph time of 11.4sec 0-62mph might not seem impressive, but it's gutsier than you might imagine and never feels frustratingly slow. We reckon it's the pick of the Arona range, especially if you mostly drive in and around town. Just be aware it’s available with the two lowest trim levels only.

The more powerful 114bhp 1.0 engine (badged 1.0 TSI 115) pulls more eagerly from low revs and feels more energetic in every situation. In fact, it knocks over a second and a half off the TSI 95’s 0-62mph time. If you regularly travel on the motorway or with a full car, it’s well worth considering. At the top of the range sits the 148bhp 1.5 TSI Evo 150. Unsurprisingly, its extra power helps it deliver much nippier acceleration than either of the 1.0-litre units, but it pushes the Arona's price into the territory of bigger, more grown-up cars, such as the Volkswagen T-Roc.

The sole diesel engine option is the 94bhp 1.6 TDI 95, which doesn’t feel as responsive or sprightly as the petrol units. Indeed, it’s the slowest engine in the line-up, but it’s fine around town and builds speed steadily up to the motorway limit when required.

Stick with 17in alloy wheels (the smallest available) and the Arona deals with the kind of bumps and scars you find in most towns and cities with reasonable aplomb – far better than a Citroën C3 Aircross, Mini Countryman or Kia Stonic. It’s more settled than those cars at motorway speeds, too.

However, if comfort is high on your list of priorities, there are better options in the class. The costlier Volkswagen T-Roc is one that is certainly more supple wherever you’re driving, as is the Skoda Kamiq.

FR trim brings firmer sports suspension, and FR Sport and Xcellence Lux trims both get 18in wheels. Each of these “upgrades” make the ride a little less settled over craggy roads. 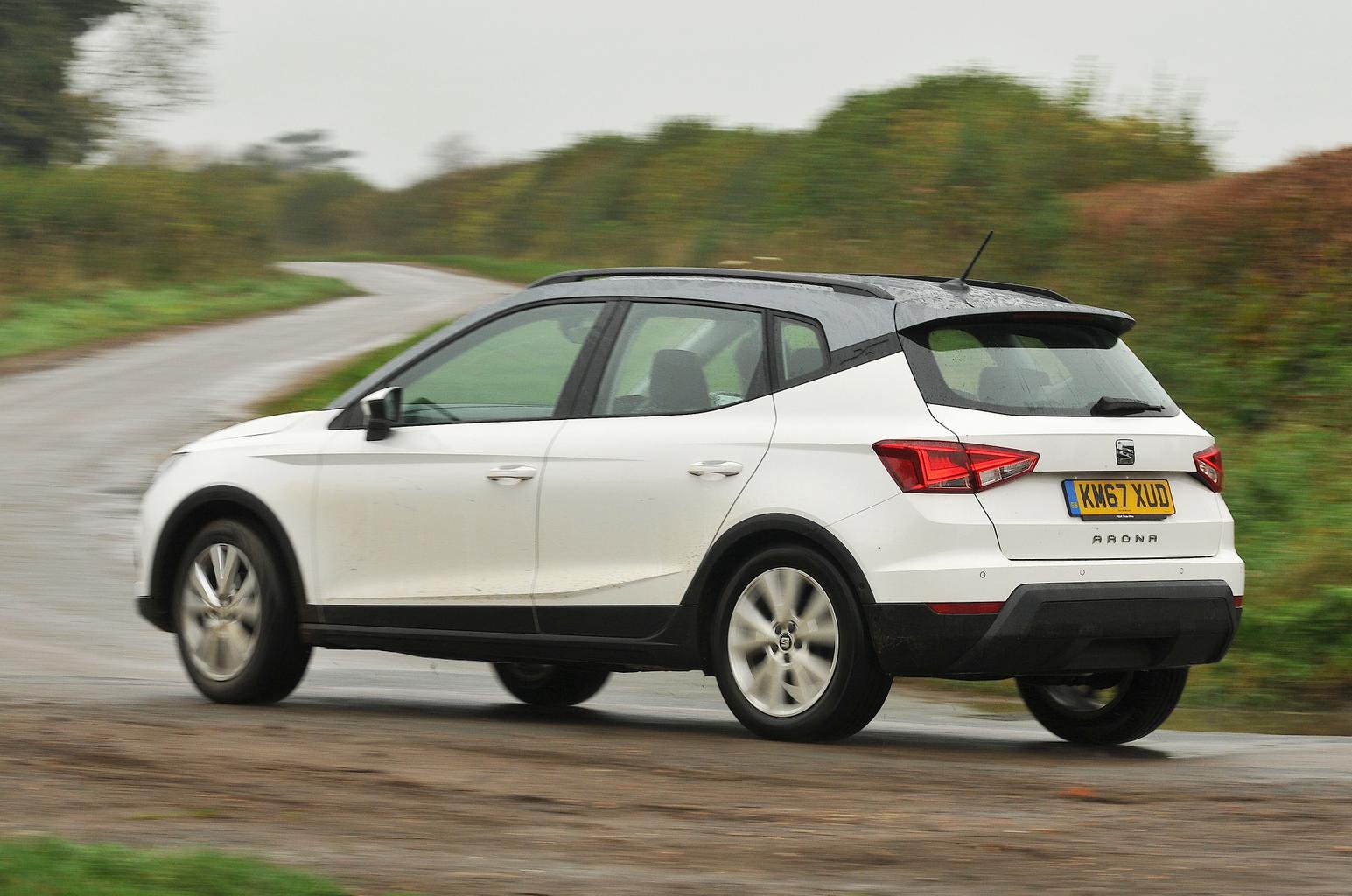 One of the best things about Seat's larger Ateca is how jolly good fun to drive it is – a rare quality among SUVs, especially at this end of the market. And the good news is that, on the whole, Seat hasn’t dropped the ball with the Arona.

In fact, because it’s lighter and a bit lower to the ground than its bigger brother, the Arona actually changes direction with a bit more gusto and leans less when it does so. Perhaps more to the point, it’s more agile and entertaining than most of its direct rivals, including the Volkswagen T-Cross and Renault Captur. The Arona isn’t the cornering king of this class, though: the sweet-handling Ford Puma undoubtedly takes that title.

With sports suspension as standard, FR versions add even better body composure. Along with the range-topping Xcellence Lux model, they also feature a Drive Profile switch that allows you to adjust the weight of the steering. Even in its Normal mode, the steering builds weight progressively as you turn the wheel and is better than the rather light (yet still precise) steering of the regular models.

The 1.0-litre TSI engines have three cylinders and will send a few vibrations up through the pedals – particularly when you work them hard. Upgrade to the TSI 115 and you get a six-speed gearbox over the TSI 95’s five-speed ‘box, helping keep the engine revving lower for more relaxed cruising. The four-cylinder 1.5 TSI 150 is certainly smoother, but none of the petrol engines are annoyingly vocal.

As for the diesel, the 1.6 TDI 95 is, predictably, less refined than the petrols. It isn’t too gruff or unpleasant-sounding, but is noticeably noisier than the petrols, particularly when accelerating. There’s a bit more vibration through the pedals, too.

Above 50mph, you can hear the wind whipping around the Arona’s door mirrors and there's a bit of road noise – more than you'll hear in a T-Cross or T-Roc. The Puma’s gear lever and clutch have an even more mechanically satisfying feel than the Arona’s, but its clutch and gear change still offer greater pleasure from their slickness than some other small SUVs at this price, such as the Citroën C3 Aircross. That makes the Arona an easy car to drive smoothly. 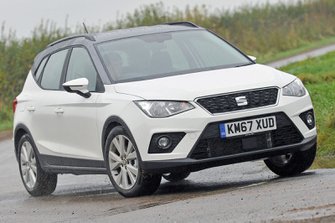 Strong in some key areas, but there are more rounded choices i...

Practical and well priced, but flawed in a number of other are...

The Vauxhall Crossland X is very spacious for such a small SUV...

Almost unstoppable off road, but rather crude on it