It’s hard not to employ starry-eyed poetry for a car this good. Indeed, driving the Boxster Spyder on a crisp, summer’s morning, along a fabulous country road with the roof down, one phrase keeps recurring: ‘Ode to Joy’. That’s the title of Friedrich Schiller’s poem and his message is a simple one: that joy is needed for life, and heavenly in origin. Yet it turns out it’s from somewhere more tangible and a lot closer to home: Stuttgart.

Let’s start with the engine. Flick the starter and it fires off some poetry of its own — undoubtedly noise is one of the biggest reasons that, if you have the wherewithal, you should spend the extra money over the regular Boxster.

The occasionally inconsistent idle and rich murmur from the twin exhaust tailpipes hints at a motorsport bias, but to find the real joy, push the heavy clutch, snick first gear – with the mechanical, short-throw gearlever – and work your way up through the manual gearbox's six gears (a PDK dual-clutch auto is mooted, but won’t be on sale for a while).

While it certainly performs, as the 4.4sec 0-62mph testifies, the Spyder isn't so quick that it feels inappropriate for the road. There’s plenty of pull lower down in the rev range, but nothing like the low-end splurge of turbocharged rivals like the TT RS. And that's just dandy, because extracting the engine’s best efforts, which arrive between 4000rpm and the dizzying 8000rpm limiter, is where the Spyder’s true pleasure lies. Accompanying the plentiful pace is an ever-changing melody of rich and heavenly aural pleasures that even the TT RS’s distinctive five-cylinder motor struggles to match.

The next delight is its steering, which — and you won’t see this written often — is perfect. There’s no unnecessary heft just to create the impression of ‘sportiness’, it simply does exactly what you want, building in weight progressively as you sweep the wheel through a turn, without the inconsistency of a variable ratio rack, such as the one in the TT RS. In fact, it’s so good you never think about the steering, even on the narrowest and testiest road.

Grip is equally impressive, and yet somehow overshadowed by the sublime body control. Yep, the GT3’s roots are felt clearly as the Spyder manages to retain composure over peaks and troughs in the road that would have a Jaguar F-Type skipping and a BMW Z4 M40i bouncing into the undergrowth. And that’s just in its normal setting; switch it to Sport and any excess movements disappear almost completely.

Both the F-Type and Z4 are more comfortable, but the Spyder is firm over only the biggest and sharpest impacts. Somehow it manages to be supple enough the rest of the time that you could, if you're made of reasonably stern stuff, see yourself using it everyday.

There's one area where its rivals trounce it: its roof isn’t the easiest to use. It's part-manually operated, with clips to secure the rear corners, and – thankfully – you can leave it down for extended periods because it’s pretty much bluster free on motorways. Just make sure the windows are up and the wind deflector in place. With the roof up, road and wind noise are quite loud but, then again, most of the Spyder's rivals aren't that hushed, either. 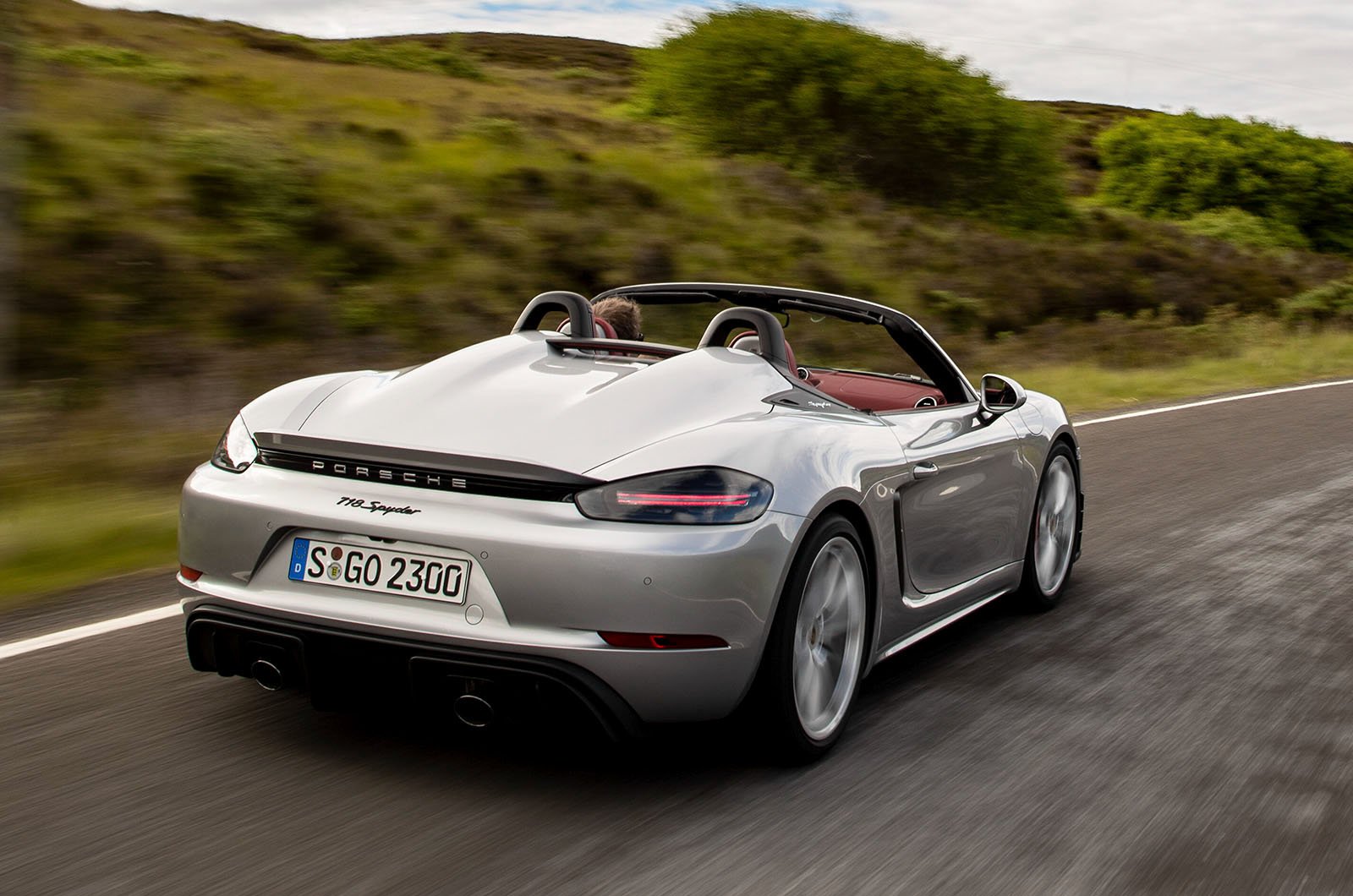 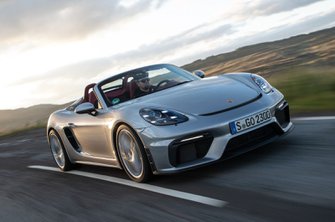 The Nissan GT-R is an immensely fast and surprisingly practica...