With its all-new Skoda Scala, the Czech brand is going head to head with some of the UK's most popular cars. Does it have what it takes to win over the youngest member of our team?... 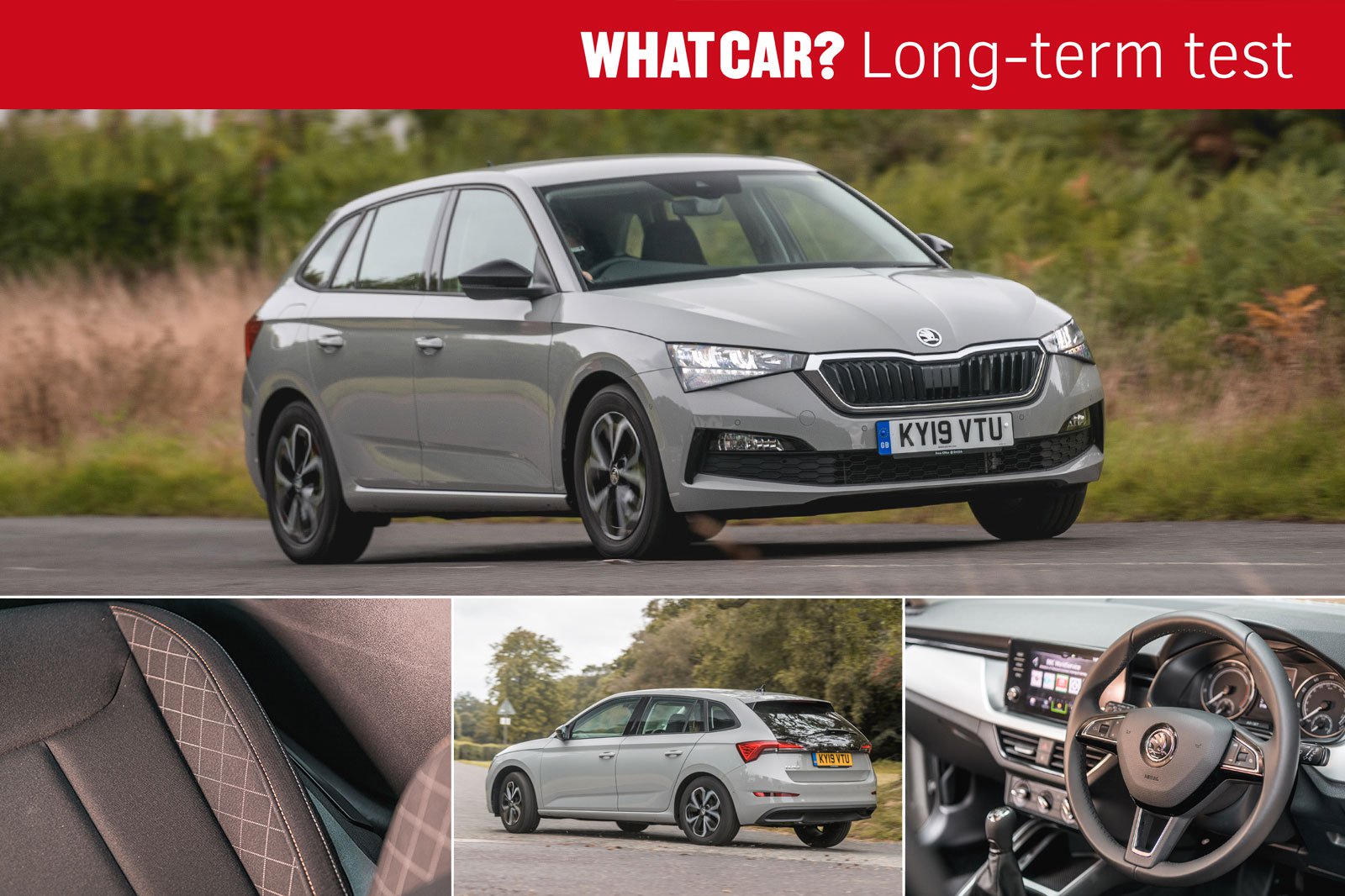 Why it’s here: To provide a credible budget alternative to the Golf as the Volkswagen moves upmarket for its next generation

Needs to: Show that a budget family hatchback doesn’t have to feel its price

As far as I’m concerned, every Alfa Romeo should be painted scarlet, every Land Rover olive green and any sports car something very vibrant. By the same token, I think I made the right choice with the ‘solid’ Meteor Grey of my Skoda Scala, no matter how much I wanted metallic Rallye Green (perhaps better dubbed depreciation sauce).

I say that because it’s a family hatchback that’s as understated as they come; it fades into the traffic quite happily. However, if you’re a typical new car buyer, you’ll appreciate the way it’s quietly competent in all of the important areas, rather than being compromised in some because of bravado in others.

In my four months with the Scala, I found no area in which it really stands out from its competitors; the Ford Focus has far better handling and steering, the Honda Civic is a tad more practical and the Mazda 3 has a fantastically appealing interior. It's a jack of all trades, then, and close to a master in more than one of them.

The first thing it did to really win favour with me was to offer loads of interior space. I ferried a couple of tall and (ahem) wide adults on more than one occasion, and was met with not one complaint. The boot laughed at my weekend away gear, too, managing all my luggage, bedding and a pair of large mountain bikes. For not much more cash, you could have Skoda’s even roomier Octavia, but that’s big enough to feel cumbersome in comparison.

Indeed, the Scala is actually quite nippy, with impressively direct, if rather numb, steering. Still, it’s clear to me that its engineers erred more on the side of comfort; it did a good job of ignoring potholes and really wafted smoothly along my motorway commute. The kind of ride quality it offers, which never agitates you and won’t make the kids feel queasy, is rare. Indeed, when I borrowed a Mazda 3 for a weekend away, I was genuinely taken aback at just how busy its ride was on almost every surface. And did I mention that the Scala’s little turbo petrol engine achieved 50.3mpg with no economy effort from me?

To top it all off, the Scala was infinitely quieter when on the move than my previous long-termer, a Dacia Duster. That car is a very similar price to the Scala, yet you’d never know; aside from the obvious fact that it’s an SUV (far less desirable, in my opinion, than a handsome hatchback), it feels positively ancient on the road in comparison, while its dashboard is more Poundland than Sainsbury’s.

Mind you, as much as I’d like to praise the Scala’s logically laid-out interior, there was one major letdown that I simply can’t not mention. The infotainment system was completely unusable when the car was delivered, so the car went back to Skoda for a software update. And while this initially appeared to fix things, before long the touchscreen just wouldn’t turn on – sometimes at all, sometimes only after an hour of driving before fading away again. Very odd.

This meant I was forced to change radio stations through the small digital screen between the tacho and speedo dials, using the roller wheel and buttons on the right-hand side of the steering wheel. These were the same controls that I soon used instinctively each morning to switch off the standard lane-keeping assistance – a function that I understand is crucial to achieve a five-star Euro NCAP rating but which scared me one too many times. I always kept the automatic emergency braking on, though; this tech has saved me before, so I’m always grateful to have it. I only wish it had featured on the car that rear-ended me, breaking one of the Scala’s rear parking sensors. These are very useful, and one of the items that justifies SE trim level over entry-level S on the Scala. I was miffed at the absence of sat-nav, but this actually turned out to be a small blessing because it led to me trying Waze: a brilliant third-party app that can be mirrored through Apple CarPlay.

Troubles aside, the Scala – grey or green as it may be – is a competent, stress-free and, at times, even enjoyable commuter car that I’m sure would serve admirably as your primary family transport for a good number of years.