We're among the first to find out how Audi's new electric luxury SUV performs in daily use. Is it a Tesla beater?... 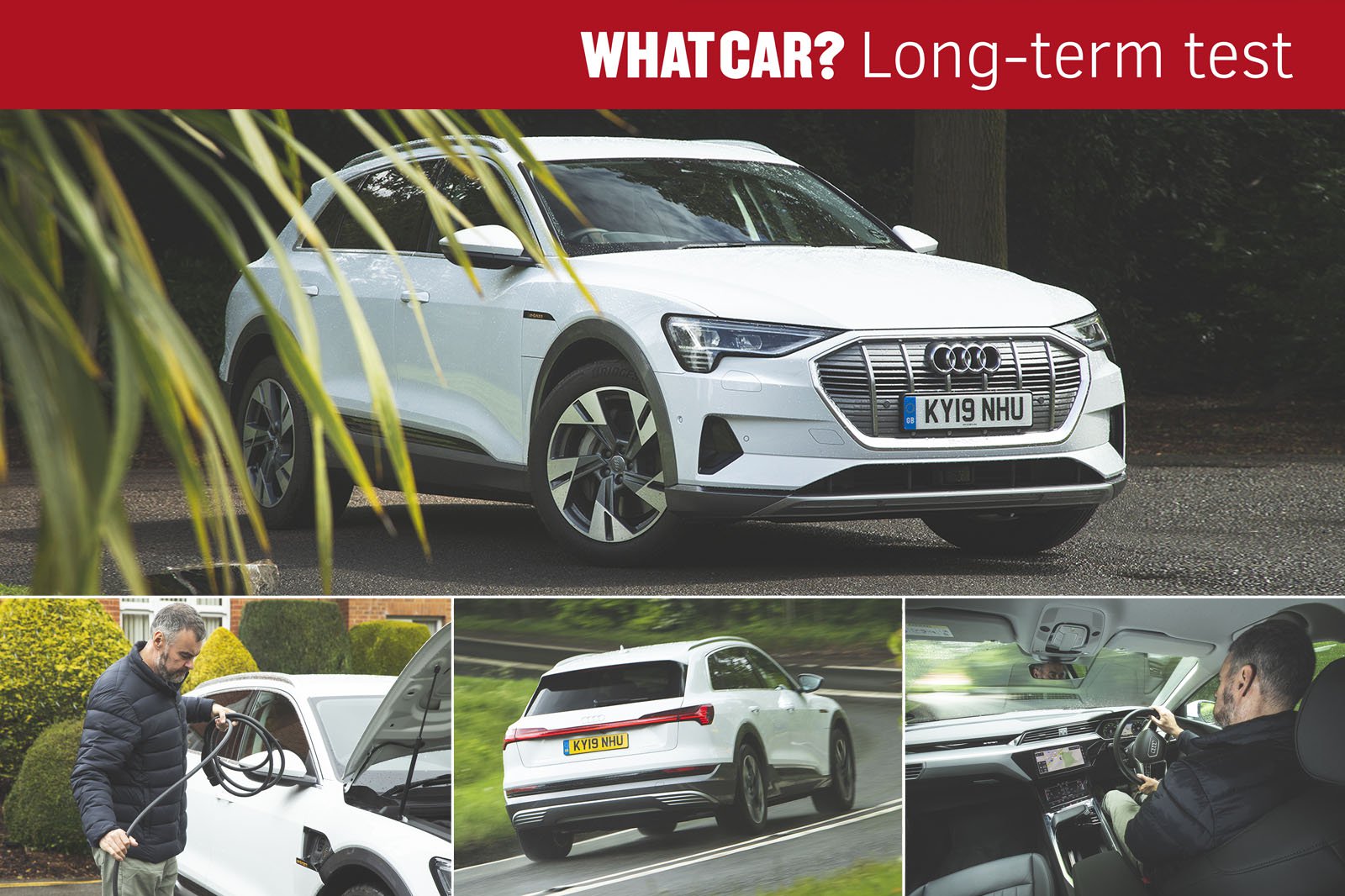 30 September 2019 – One last moment of silence, please, as the E-tron departs

Range is a crucial consideration for most drivers of electric vehicles (EVs). It stands to reason that the farther you can go between recharges and the less time you have to spend waiting for batteries to be replenished, the easier it becomes to live with such a car. So, given that Audi’s first dedicated EV can’t match its main rivals on that front (as we know from both official tests and our own experience), did I make a mistake in choosing to run an E-tron, rather than another electric luxury SUV such as a Jaguar I-Pace or a Tesla Model X?

Not in the slightest. In four months and nearly 5000 miles – unusually heavy use for me – the E-tron not only easily got me everywhere I wanted to go, serving as my only car, but it also proved to be one of the most refined, comfortable cars I’ve ever driven. In the wider context of its ability to deliver all the trappings of luxury, the E-tron ranks right up there with the very best, thanks to its exceptionally low noise levels and incredibly cosseting ride, as well as its super-smooth electric powertrain.

I found that it could cover up to 220 miles on a full charge (slightly up on our Real Range test figure of 196 miles), although it was rare that I depleted the battery that much before plugging it in for a top-up. That was sufficient for me to tackle longer trips, including back-to-back ones, without fear, although I can’t deny that a longer range of 300 miles or more would still have been welcome. 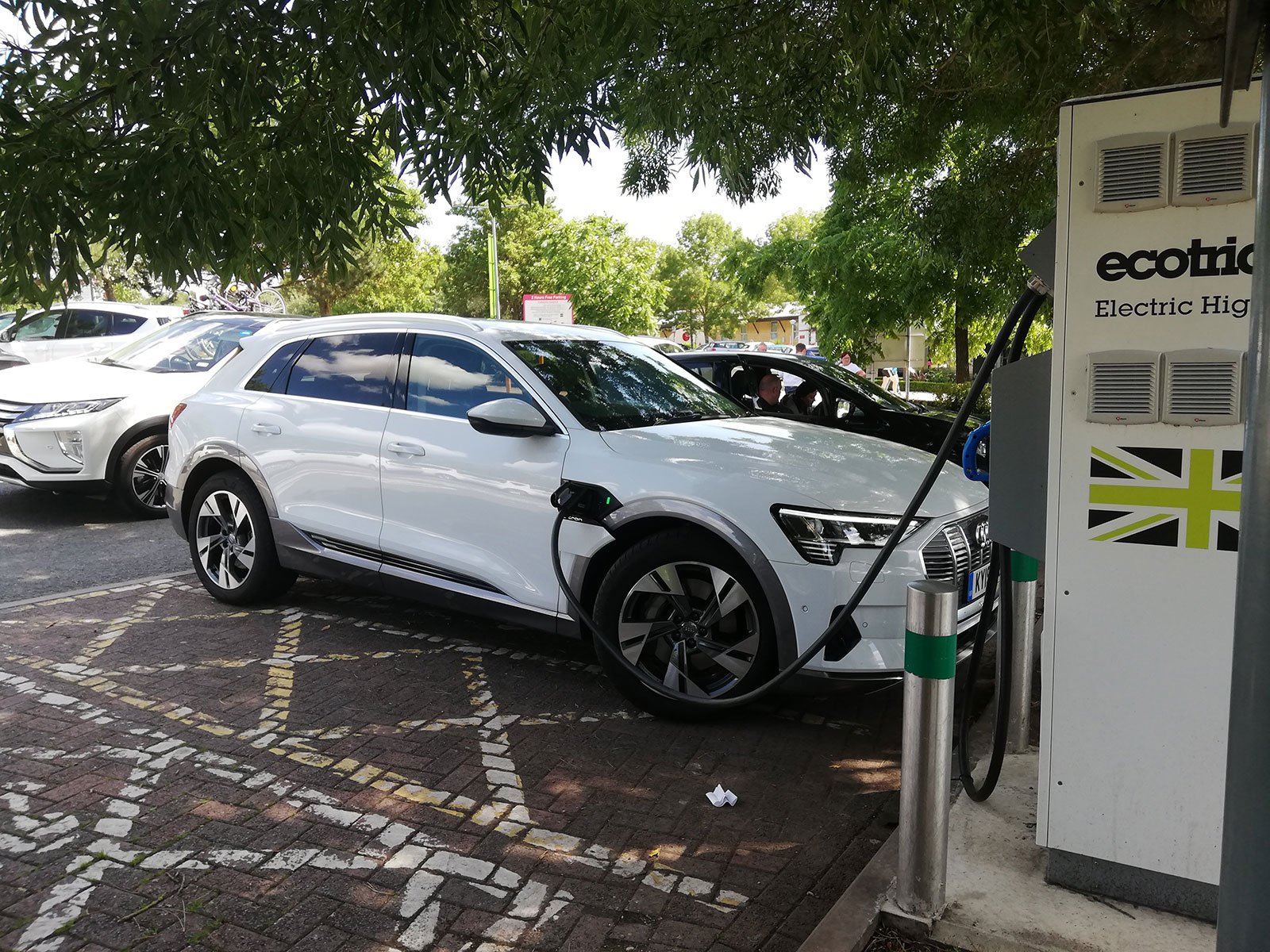 Recharging times varied greatly, depending on what the E-tron was plugged into. It could be topped up really quickly (30-80% in about 15 minutes) if I used a high-power (350kW) charger from the slowly expanding Ionity network. However, it was painfully slow when connected to my 3kW wallbox at home, requiring around 28 hours to go from nearly empty to full. Even Ecotricity’s 50kW rapid chargers, found at most motorway service areas, seemed barely adequate for a car with such a big battery.

As with many EVs, the E-tron’s seamless power delivery and absence of engine noise made virtually all conventionally powered cars seem clunky and uncouth by comparison. But while it had plenty of performance, it rarely felt as lively as the I-Pace and most Teslas – at least partly due to its lardy 2.5-tonne weight, the influence of which could always be felt, especially in corners. I’d also have liked a stronger level of regenerative braking under deceleration, because it wasn’t really possible to drive the E-tron using just one pedal, even in its highest regen setting. 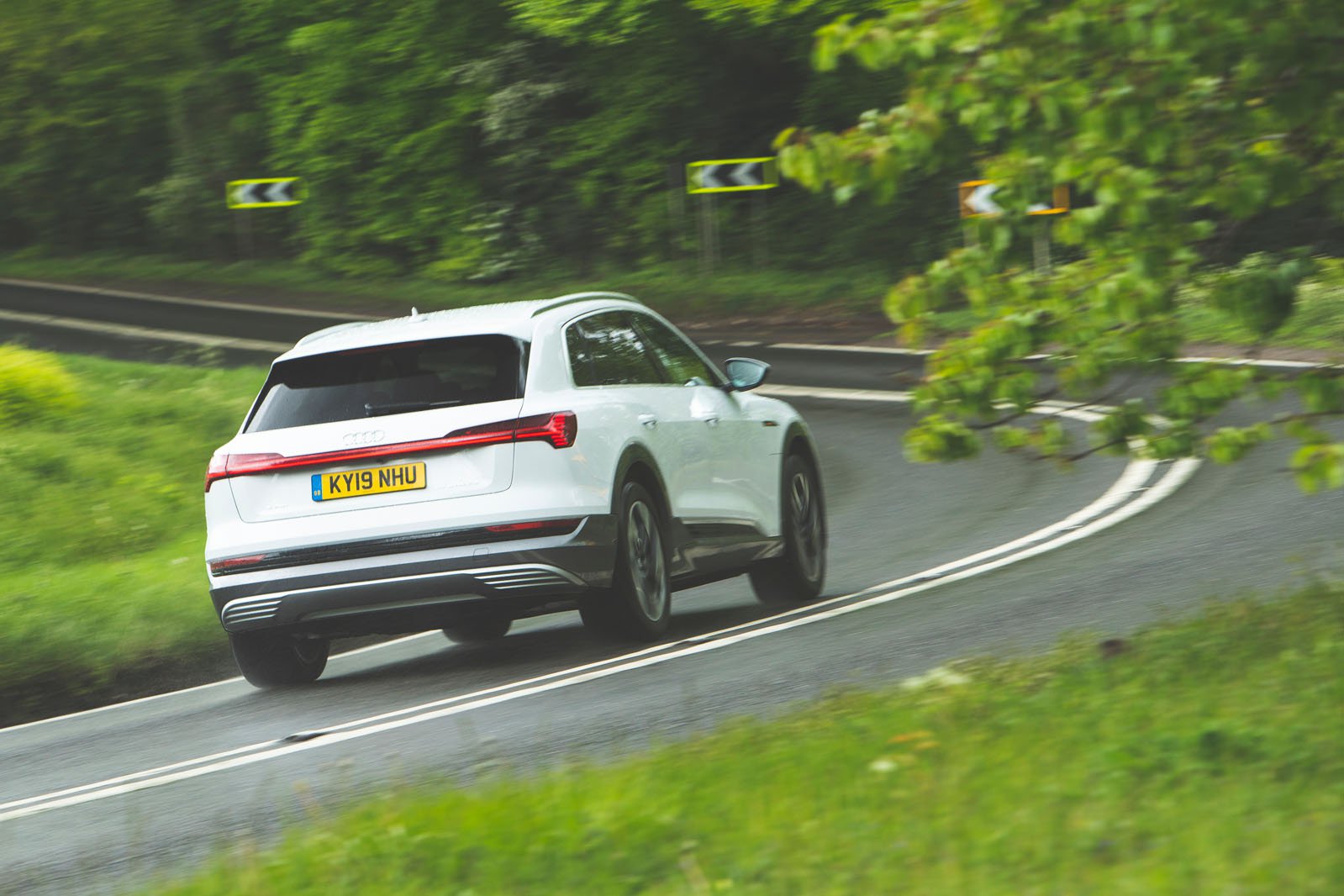 That mass took its toll on efficiency, too. Energy consumption averaged just 2.3 miles/kWh, and I never saw anything higher than 2.9 miles/kWh, achieved in slow but steady motorway traffic. While I didn’t expect it to match the four to five miles/kWh that drivers of smaller EV such as the Nissan Leaf and Kia e-Niro can expect, the E-tron’s efficiency was still disappointing, being worse than that of most of its direct rivals.

Even so, the E-tron was a relatively cheap car to run, costing around £13 for a full recharge at home and consuming £300 worth of electricity over four months, and I always felt less guilty than usual about driving such a large, heavy car, knowing that it wasn’t putting out any harmful emissions. 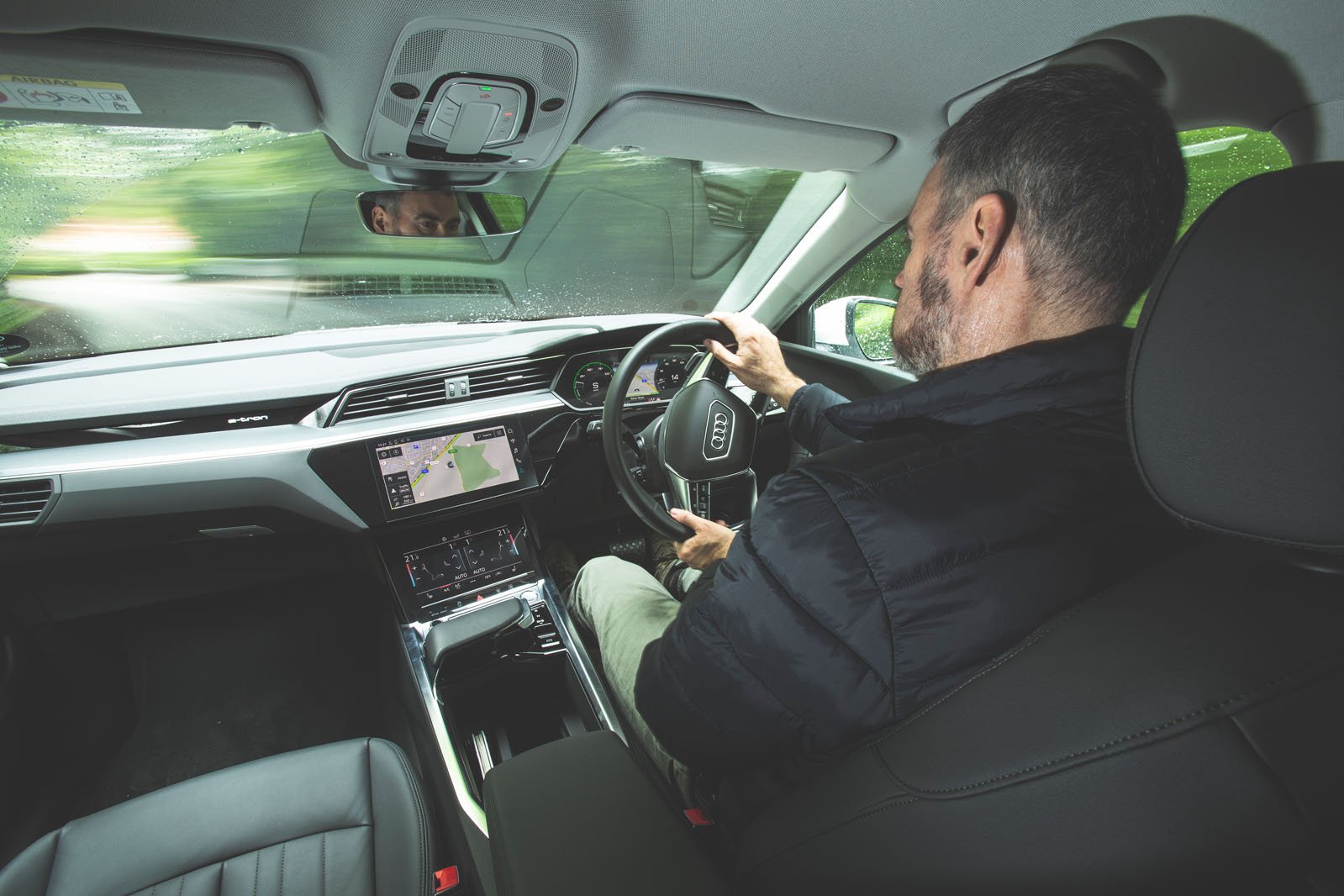 Although some might wish for a more adventurous approach, I couldn’t fault the E-tron’s interior for the quality of the materials, space or functionality. The seating position was ideal – nicely elevated but not so high as to make getting in and out awkward – and the big boot proved very practical, even if space isn’t as well utilised as it is in the I-Pace and Model X. I even liked the sharp-looking, responsive twin touchscreens for the infotainment system and climate control. Adjusting the temperature on the move via the lower screen could be tricky, but I simply used the effective voice control system instead for such tasks.

The E-tron developed faults with its adaptive cruise control and emergency call function during its time with me, raising a question mark over the long-term reliability of such a complex car, although the issues could just as easily have been teething problems on my very early example. My car was also due to be recalled to fix a faulty component in the charging system that posed a potential fire risk. 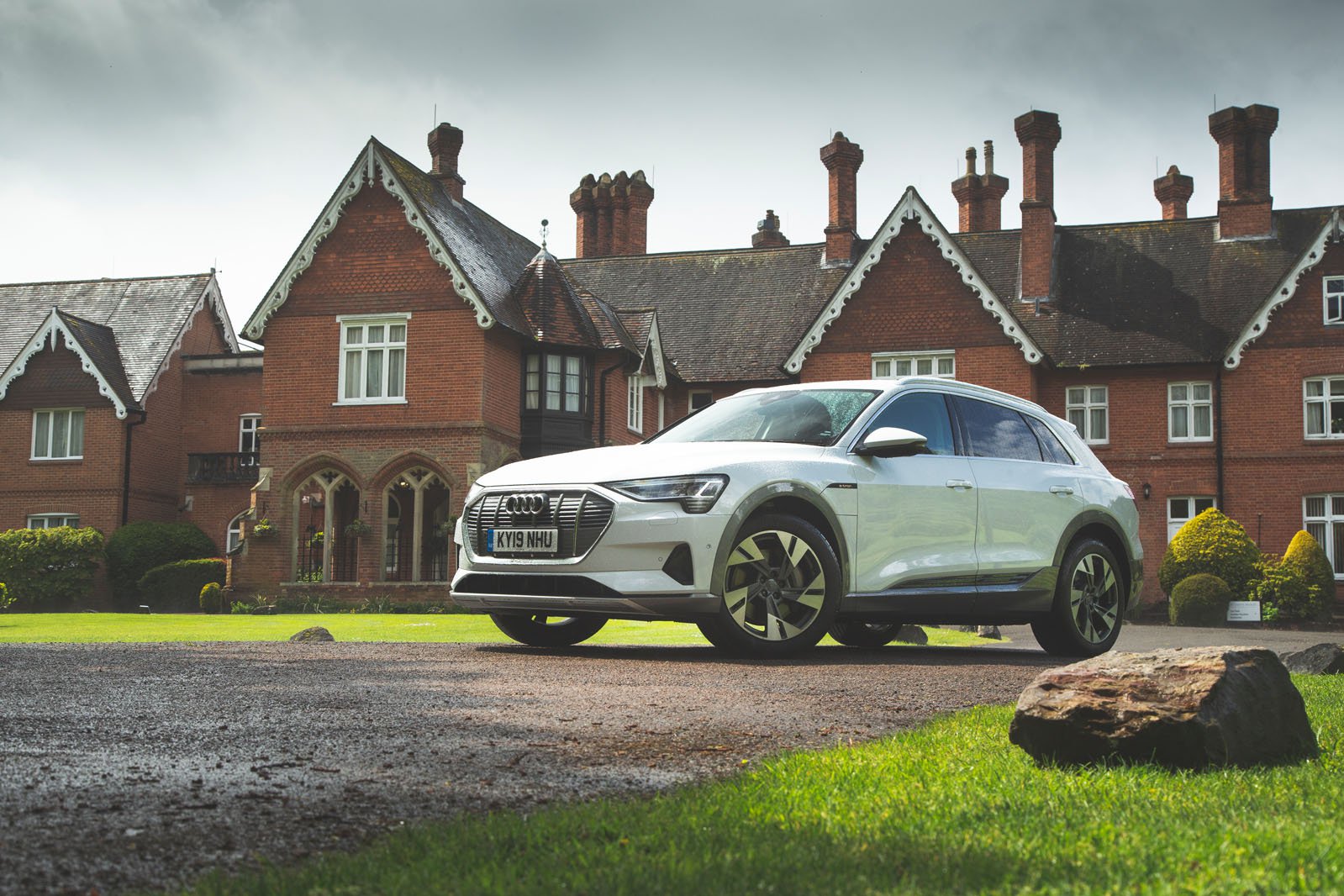 The E-tron may not be a Tesla beater, then, but that doesn’t mean it’s a letdown; far from it. While there’s plenty of scope for improvement, especially in the areas of weight and range, the E-tron did exactly what was asked of it, pampering its occupants even more than most other luxury SUVs and proving well rounded enough to be able to cover trips of virtually any distance without undue concerns, other than the time it can take to recharge the battery until the infrastructure catches up with the car’s capabilities. Of course, it won’t work for everyone, but whichever way you look at it, the E-tron is a fine first effort.

Car technology of the future