The Renault Megane RS Trophy-R is the most extreme Megane hot hatch yet. But is it worth its huge price?... 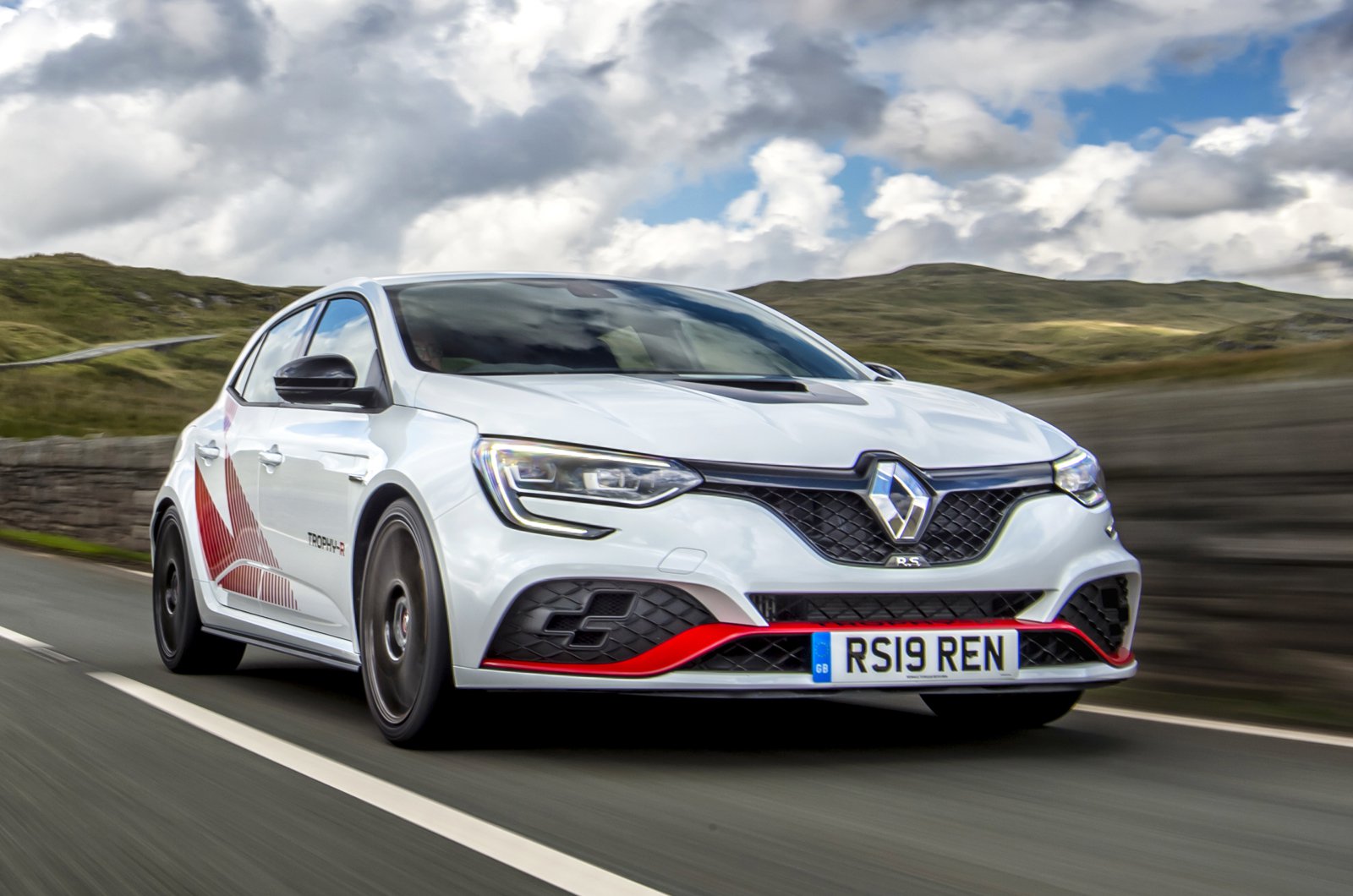 Sometimes, the term 'hot hatch' doesn’t quite cut it. Just as calling a shark a big fish is technically correct without really conveying what you’re talking about, so the most track-focused hot hatches are very different beasts to the majority of cars in the class.

Take the new Renault Mégane RS Trophy-R. This limited-run model is 130kg lighter than the ‘regular’ Trophy, thanks to measures that range from fitting a carbonfibre bonnet and thinner rear door glass through to binning the rear seats.

But the most significant change in terms of how much weight it saves – and, we suspect, the effect it has on the car’s handling – is the omission of the rear-wheel steering system found on lesser Mégane RS variants.

This crash diet is combined with aerodynamic upgrades and the adoption of adjustable suspension, although if you’re expecting to flick a switch from inside the car to soften or firm up the ride, think again; you have to manually change the settings to suit your favourite road or race track. 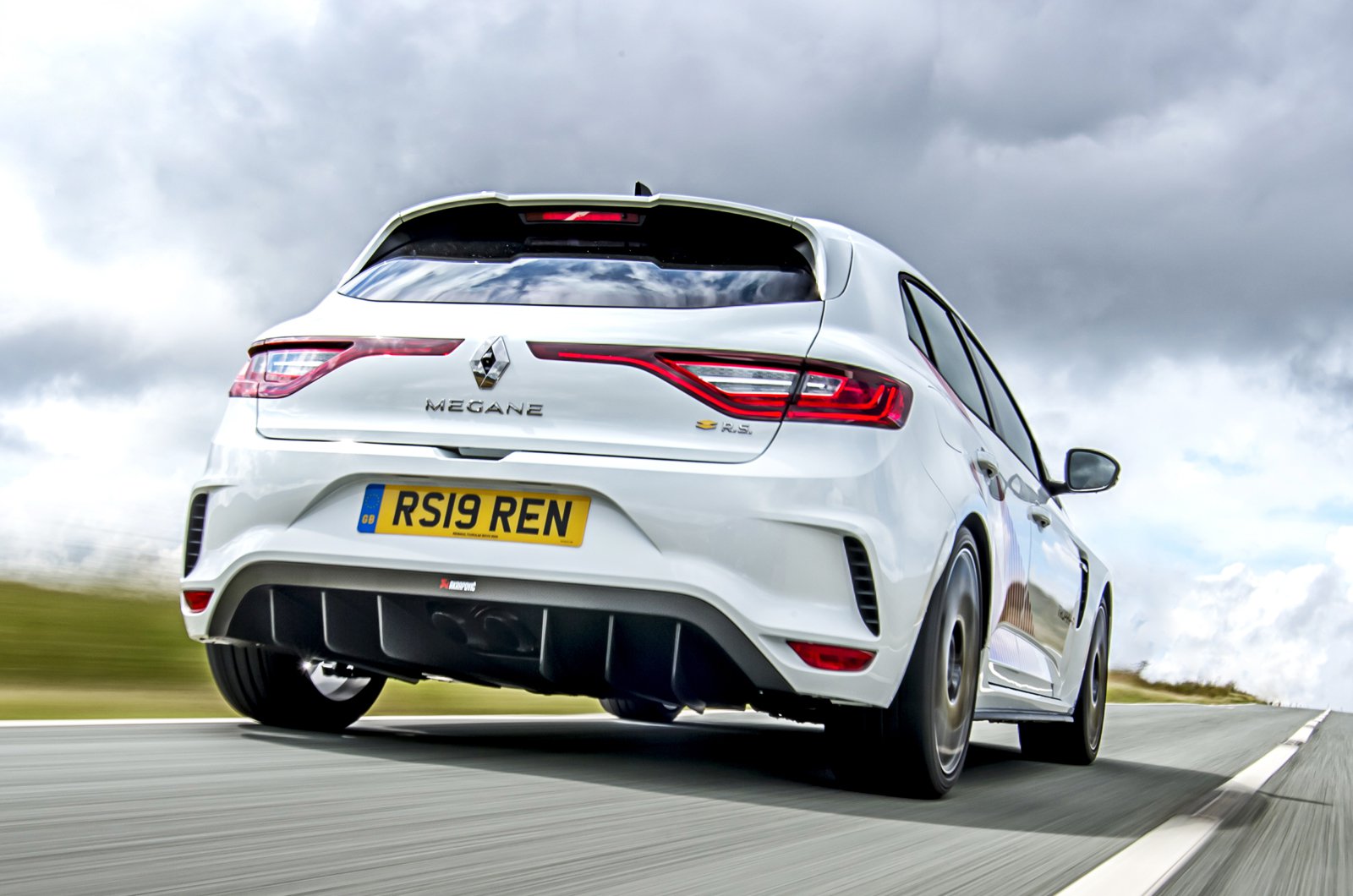 The decision to move away from four-wheel steering is an interesting one, because this system (which Renault dubs 4Control) is one of the main reasons those lesser Mégane RS models are so entertaining.

Without it, the car no longer feels like it’s pivoting around the gear lever whenever you turn in to a bend, although it’s still very agile, hugely grippy and now more predictable in the way it responds.

In short, if you’re looking to set lap times on a track, we’re sure you’ll be quicker and more consistent in the Trophy-R. But if you’re after thrills on the road at speeds that won’t threaten your licence, it’s actually the regular Trophy – and indeed the cheaper Cup model – that serves up more. 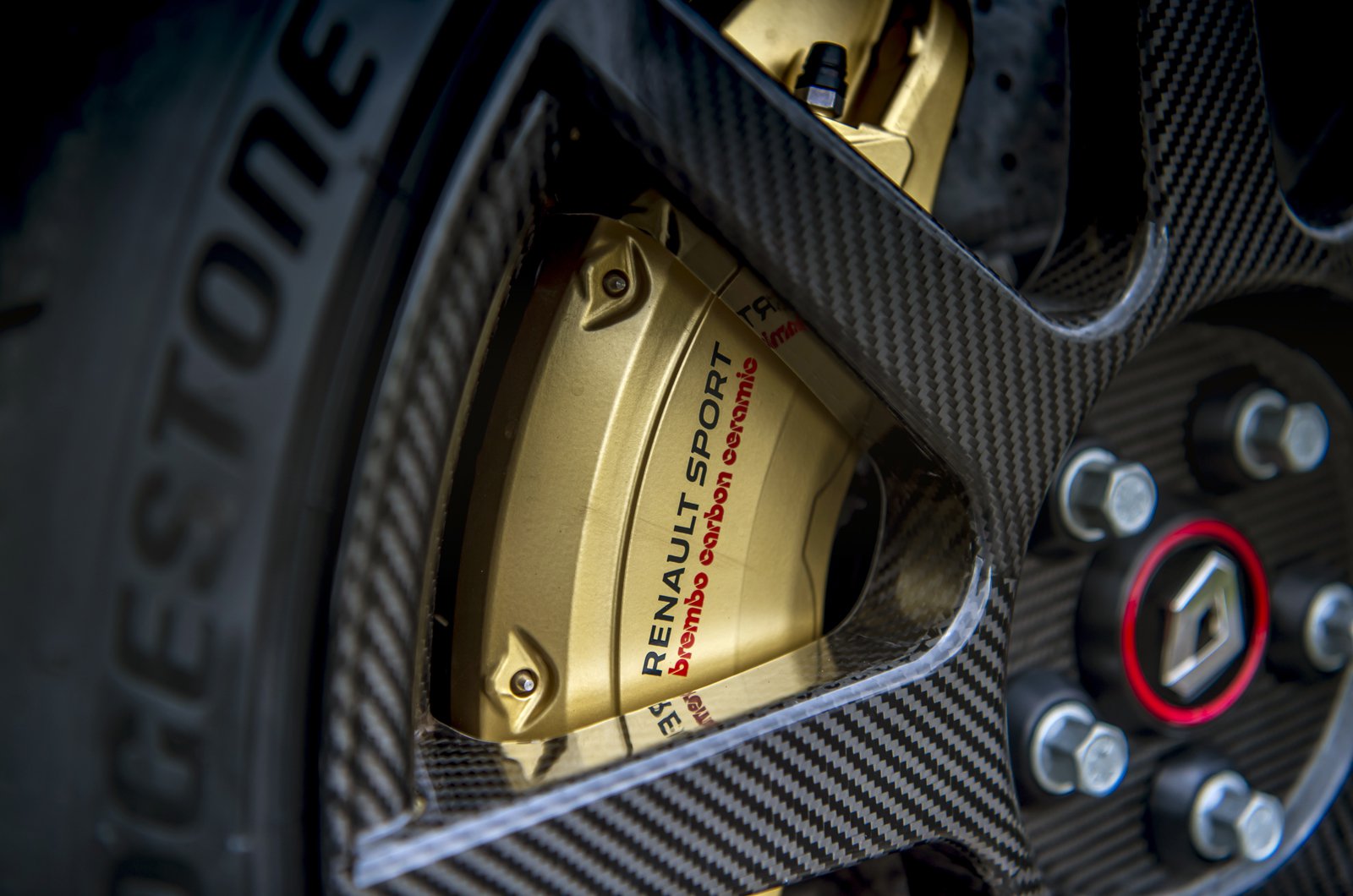 Similarly, the optional ceramic brakes fitted to our test car make far more sense on the track than the road. The advantage of them is that they don’t fade like conventional brakes when subjected to prolonged hard use. But the downside is they’re like a switch, on or off, so progress is horribly jerky when you’re not at maximum attack.

We haven’t mentioned the engine up to this point, because it’s the same 296bhp turbocharged 1.8-litre four-cylinder petrol unit that’s found in the Trophy. However, because it’s hauling a significantly lighter car, the 0-62mph time drops by 0.3sec to 5.4sec.

Do you feel the difference? Actually, yes. But what’s more noticeable is how much louder the engine is here; the way it growls and crackles will have you grinning like the Joker.

What’s less welcome is the extra wind, road and brake noise. And while the ride isn't dramatically different to the Trophy’s, being firm but beautifully controlled, it’s worth pointing out that a few questionable adjustments to the suspension could probably ruin it if you’re not careful. 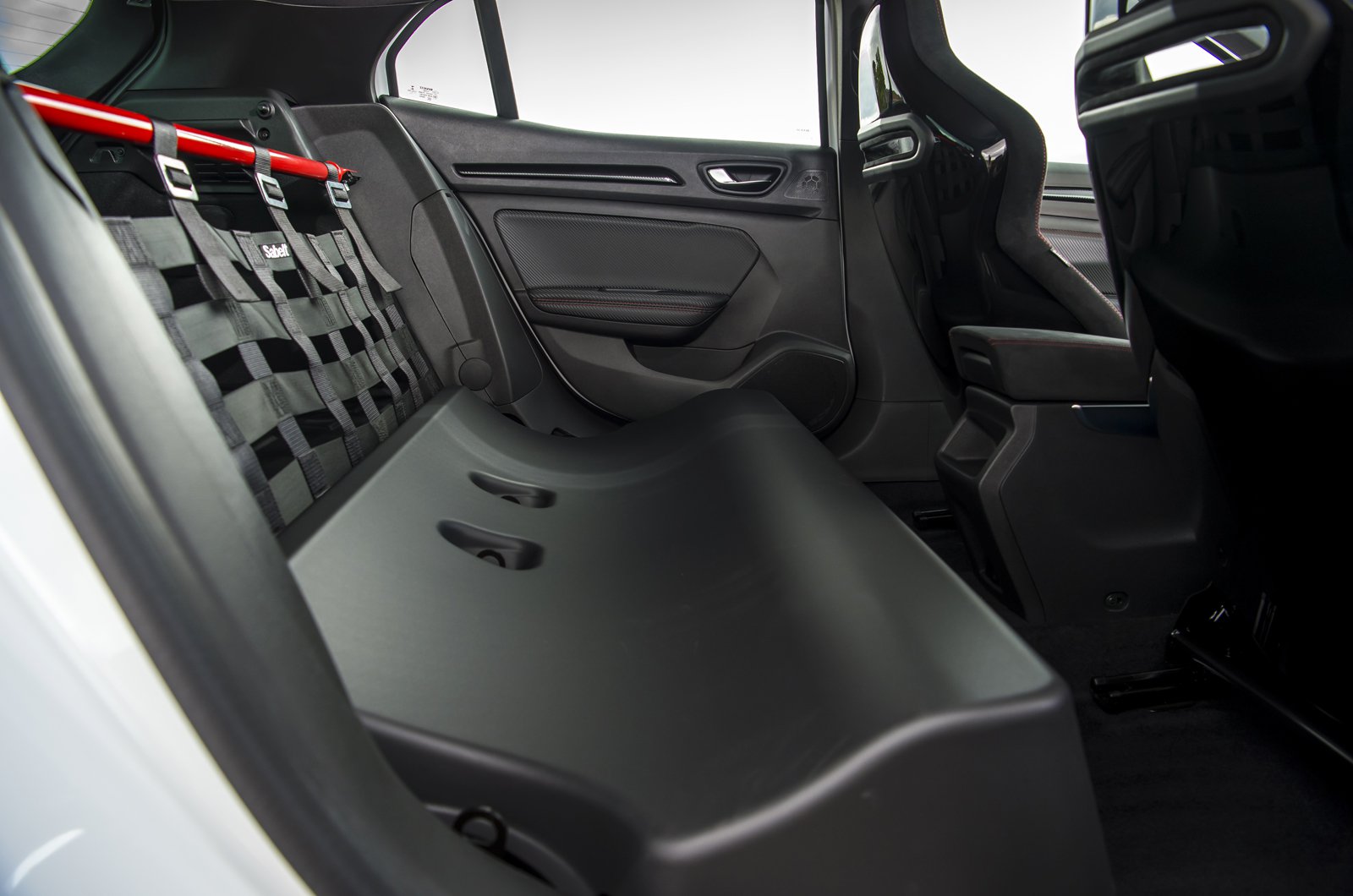 From behind the wheel, things are much as they are in the Trophy, aside from the fact the driver’s seat is fixed at a height to suit you, instead of being height-adjustable via a ratchet lever. This is another weight-saving measure, although it’s obviously not ideal if you’re a foot taller than your partner and both of you will be driving the car.

More positively, the Alcantara-trimmed steering wheel is a delight to hold and Renault hasn’t felt the need to ditch the touchscreen infotainment system, which features Apple CarPlay and Android Auto smartphone mirroring and is reasonably user-friendly.

And then you look over your left shoulder. It really is very strange being in a hatchback – especially one with rear doors – and seeing no back seats. But at least there’s no shortage of room for luggage; indeed, if you specify the optional lightweight carbonfibre wheels (a £12,000 option), Renault straps them down in the back so that they can’t get damaged in transit.

See how much you could save on a Megane RS without any haggling by checking out our New Car Buying service.