The dashboard is simple and sensibly arranged, and the rotary air-conditioning controls are straightforward and placed within easy reach. The digital display between the instrument dials is rather small and hard to read, though.

The steering wheel adjusts for both reach and height and there’s plenty of space to rest your left foot. The driver’s seat is comfortable to sit on, but doesn’t support you very well in corners, leaving you hanging on to the steering wheel for stability. Seat-height adjustment is standard and top-spec Exceed models have an eight-way electrically adjustable driver’s seat. An extendable front central armrest is standard on all trims.

As well as the raised driving position that many SUV buyers crave, the ASX has reasonably slim front pillars so you get a clear view of the road ahead, while large door mirrors help you to see what’s drawing up alongside.

The ASX’s tapering roofline, though, brings with it a fairly shallow rear screen, and the restricted view this causes can make reversing into a tight spot a little tricky. All models come with a rear-view camera as standard, but parking sensors aren’t available. 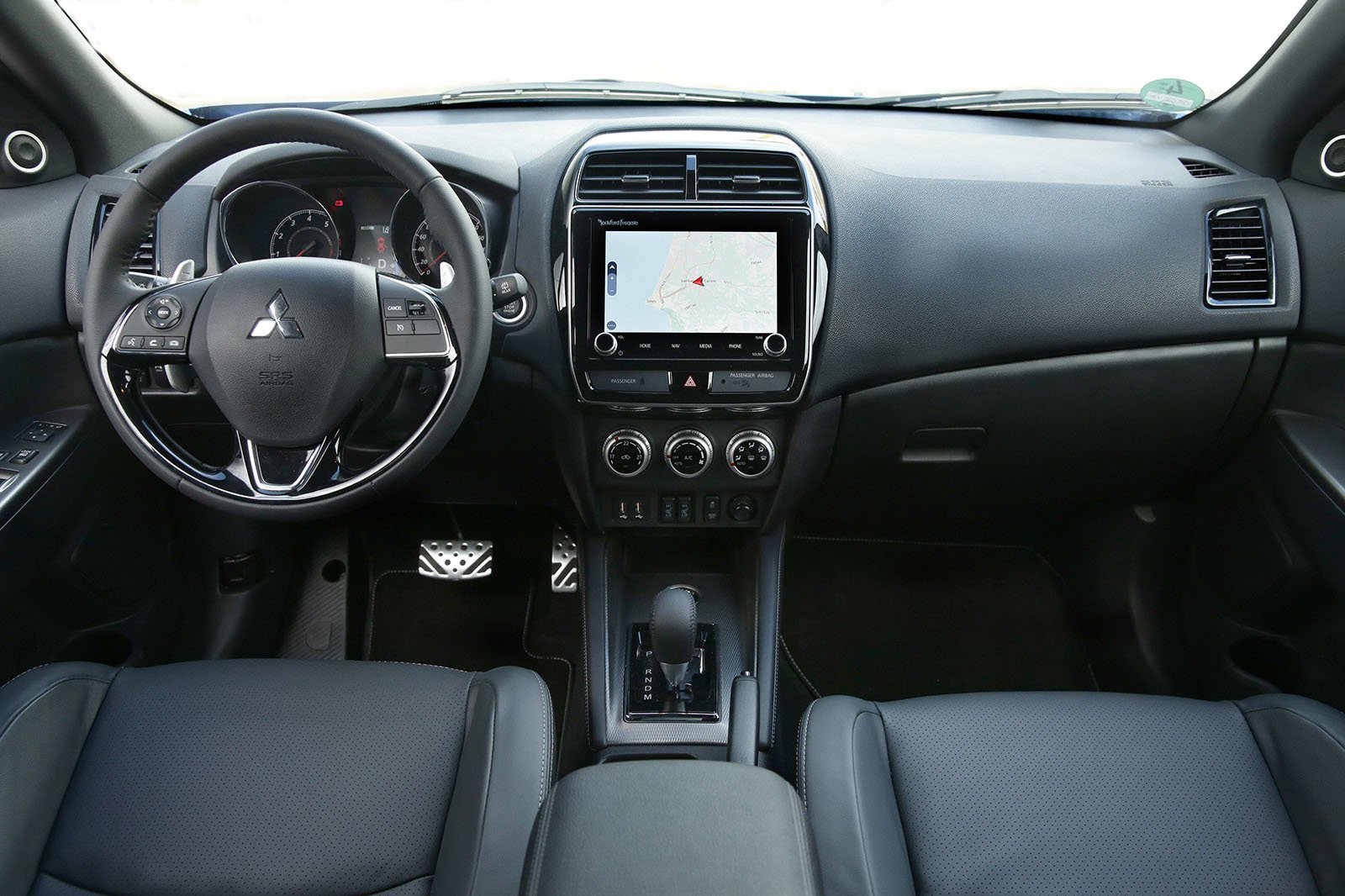 Every ASX has an 8.0in touchscreen infotainment system with a DAB radio, Bluetooth, Apple CarPlay and Android Auto phone connectivity, plus a pair of easily accessible USB ports – above the cubby in front of the gearlever. Go for Exceed trim and you also get TomTom navigation bundled in.

Although the screen can’t match the sharpness of those of the Seat Ateca or Skoda Karoq, it is at least easy to use, with big icons and impressive response. Pinching to zoom in on the map doesn’t cause the system any issues, and connecting a smartphone is easy enough. Overall, it beats the Nissan Qashqai and Peugeot 3008’s systems, but those of the Ateca and Karoq are better.

The design of the ASX’s dashboard is rather dated. The squishy plastics on the dash and top of the front doors help to create a plush impression, but prod the surfaces lower down and you’ll find an abundance of hard, shiny plastics.

And while the interior architecture generally seems built to last, there are areas where it lacks solidity, such as the front central armrest that moves slightly when you put your weight against it, or some of the switches and buttons, which feel flimsy. In short, the ASX feels cheaper inside than many rivals, including the Nissan Qashqai, Seat Ateca and Skoda Karoq. 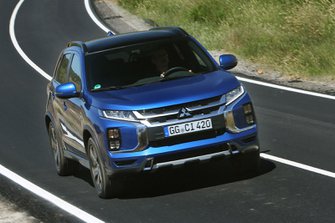 The Skoda Karoq is a top-drawer family SUV, offering comfort a...

Five-seat rival to Nissan Qashqai is reasonably priced but ave...

The Vauxhall Mokka X is stylish and well equipped, but its riv...