There’s buckets of steering wheel adjustment, but entry-level models make do with eight-way manual seats and don't provide adjustable lumbar support. Thankfully, S and SE trims add 14-way electrically adjustable seats (including fine-tuning for the lumbar region) that are very comfortable, even after a few hours in the saddle. Top-spec Velars come with 20-way electrically adjustable seats that move every which way, and will even heat, cool and massage you.

The settings for some controls are accessed through the lower of two touchscreens. Switching between its functions (it provides access to the climate and off-road settings, for instance) using the on-screen icons requires you to take your eyes off the road, but, once you've selected the appropriate page of settings, you can use the pair of physical rotary controllers that's on hand to make life easier. For example: in the climate control menu, simply twiddle them to set the temperature, or push them to activate the heated front seat controls. We still prefer systems with a central rotary control interface, though, such as the class-leading iDrive set-up of the BMW X4.

SE versions and upwards come with a 12.3in digital instrument cluster that replaces the analogue dials. This is clear and places lots of information just in front of the driver, but, because its menus are slightly confusing, operating it efficiently requires practice.

Thanks to a lofty driving position, the driver's view straight out of the front and to the sides is good. The thick windscreen pillars can obscure your vision slightly at junctions, though. Seeing out the back isn’t that easy, either, due to a small rear screen and thick rear pillars.

Fortunately, all Velars come with front and rear parking sensors and a rear-view camera. It’s possible to upgrade the latter to a 360deg camera and, for those who are really worried about parking, SE trim adds a park-assist system that will locate a space and steer you into it for you – an option on lower trim levels.

S models get LED headlights, while SE and above come with adaptive LED matrix headlights, which can remain set to main beam without dazzling other drivers. 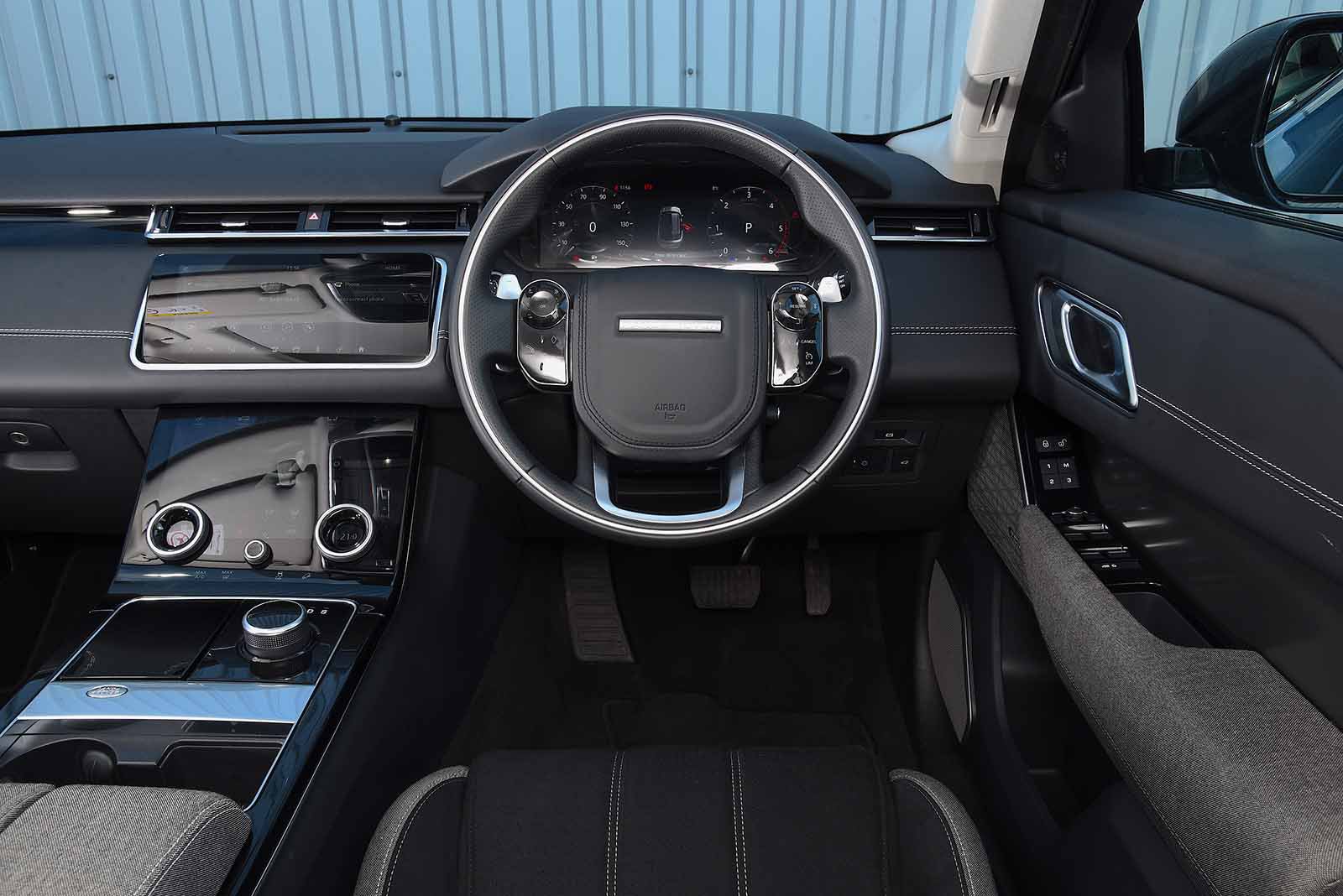 All Velars get a pair of 10.0in touchscreens; one where you’d expect it to be, in the middle of the dashboard, and the other (which we've already talked about in the Driving Position section) just below it, in front of the gear selector. This second screen is the one that you use to access the air conditioning and off-road modes, but you can also operate the multimedia system through it while the main screen continues to display a navigation-route map.

Both screens are sharp, with smart-looking graphics and menus that prove easy enough to navigate, once you're used to them. Some of the icons are a bit small, though, and the system doesn’t always respond as quickly to prompts as you'd like it to. Some rivals, particularly the BMW X4 and X6, have more reactive software and a more intuitive, physical rotary controller, which is less distracting to operate while driving and complements the touchscreen.

If you wish, you can bypass the Land Rover software using the standard-fit Apple CarPlay and Android Auto smartphone connectivity. Among other things these let you use Google Maps or Waze navigation apps instead of the in-built sat-nav, which comes from the S trim. Rear-seat passengers are catered for with a pair of USB sockets, hidden behind the front centre armrest. There's also a rear-seat entertainment system with twin 8.0in screens available as an option. S trim upgrades the stereo to 10 speakers and 380 watts of power, but from SE you get 16 speakers and 825 watts.

The main areas that you look at and interact with in the Velar look suitably stylish, while the higher-spec models have plenty of soft leather on their seats, dashboard, steering wheel and door tops. Even the more basic trims, fitted with cloth seats, look and feel snazzy and inviting, and in the main, Velars feels sturdily put together; just not quite as consistently robust as a BMW X4, X6 or Audi Q8.

This is the luxury SUV class, though, which features seriously high-end models like the Bentley Bentayga and Rolls-Royce Cullinan; as swish as the Velar is, it's far from that rarefied level. Poke around further and you’ll find plastics that feel a little flimsy, along with some panel gaps and dashboard creaks that show it’s not quite as well screwed together as the Range Rover Sport. 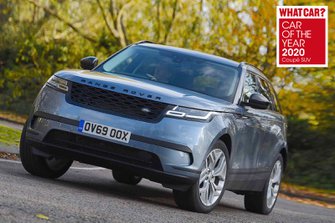 Loads of space but limited to five seats; far less...