Even very tall drivers won’t feel cramped in the Discovery Sport. There's plenty of leg room and head room is among the best in the class – provided you don’t add the optional panoramic glass roof, which has the effect of lowering the ceiling slightly.

A deep cubby between the front seats houses the USB socket and is the ideal place to keep your phone out of sight, while the two cupholders placed behind the gear selector can hold large takeaway cups securely. Meanwhile, the door pockets are large enough to take a 750ml bottle, and the glovebox is big enough to hold a few small items, such as a windscreen scraper, a pair of sunnies and the car’s handbook.

When the second row seats are slid back as far as possible, anyone sitting on them is treated to masses of leg room. If you slide the seats all the way forward, taller adults will find their knees pressed against the front seatbacks, but you’re unlikely to need to do this very often.

By contrast, in versions with seven seats (all but entry-level D150 models), the rearmost row is distinctly cramped and best suited to small children or particularly petite adults – our most compact 5ft 3in tester still felt cramped. Head room is tight and while leg room isn't awful, a shallow footwell forces your knees up towards your ears. It's also worth pointing out that access isn't great as the wheel arch juts into the gap passengers have to squeeze through to get in or out.

Still, this is one of the few premium-badged cars of this size to offer seven seats. If you’re willing to go non-premium, the Peugeot 5008 and Hyundai Santa Fe have more spacious third rows. 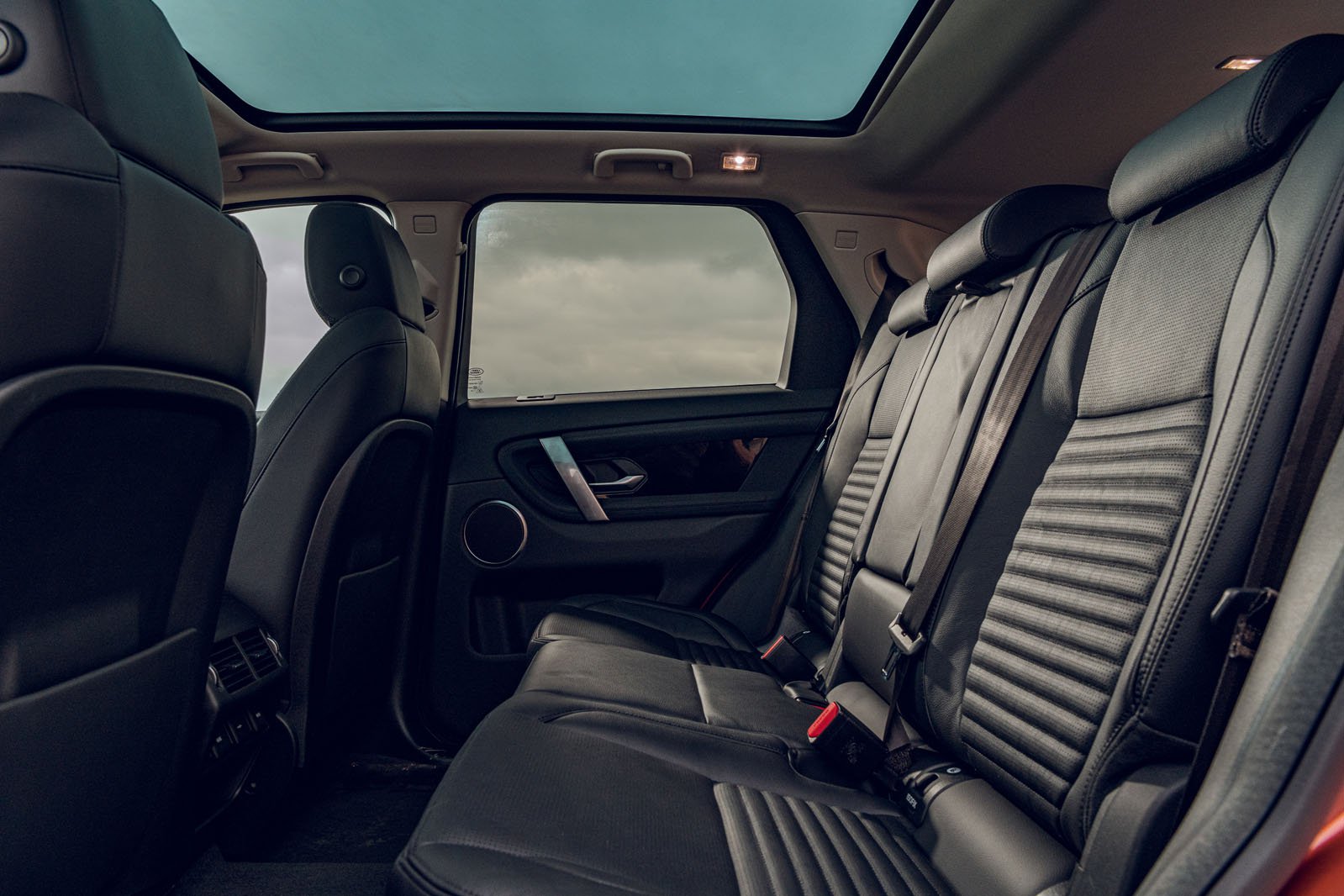 The second row of seats is split 40/20/40 and you can slide and recline each of the three seats independently. You can also fold each seatback flat into the boot floor; there’s a variety of layout configurations to suit the number of passengers or the volume of cargo you need to carry.

Pull a lever low down on the side of the nearside outer middle-row seat and it springs forward to give access to the third row (if fitted). However, they don’t return to their original position automatically; instead, they remain set further forward to free up leg space behind.

The third-row seats can be folded away into the boot floor fully when they aren’t needed so they don’t get in the way of luggage loading.

A boot lip that sits flush with the boot floor makes it easy to lug heavy items into the back of the Discovery Sport. In five-seat versions, or with the third row folded down, the boot is larger than those of many rivals; exceptions include the Santa Fe, Q5 and 5008.

The load area is a useful shape and big enough to take enough luggage for most families’ needs. To give you an idea of the space on offer, we were able to fit eight carry-on suitcases into the Discovery Sport, compared with nine in the Audi Q5. An electric tailgate is standard on SE trim and above, but a gesture controlled version isn't available.

On the downside, there’s no underfloor storage and nowhere to stow the tonneau cover if you need to remove it – something you’ll need to do before using the sixth and seventh seats. 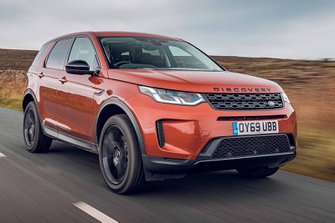 Low CO2 emissions and relatively roomy, but rivals are quieter...

A well-equipped, comfortable and practical large SUV, but pric...