At first glance, the Hyundai i10 appears to be rather pricey compared with its rivals. Certainly, the up-front cost for a cash buyer is more than it is for a Kia Picanto, Toyota Aygo or Volkswagen Up, but, as you'll read about in a moment, you get a lot of equipment for your money. And when it comes to selling on in three-years' time, the i10 is predicted to retain more of its list price than its rivals, including the Picanto, which helps even things out.

It’s also worth pointing out that strong resale values keep finance payments low and, sure enough, the i10's monthly PCP costs are very competitive. The same is also true if you lease.

On paper, the 1.0-litre emits less CO2 and drinks less fuel than our recommended 1.2, but the margins are wafer thin. Indeed, when we tested the 1.2 MPi 84 on a mix of roads it managed a healthy 42.9mpg, which was a few mpg better than the Picanto 1.25 MPi 83. As for the 1.0 T-GDi, it’s the least efficient by some margin. One word of warning, though; i10s tend to be pricier to insure than the majority of its rivals.

Because the range starts with SE trim, no i10 is badly equipped. Even this entry-level model comes with automatic lights, air conditioning, electric windows (front and rear), cruise control, electric door-mirror adjustment and a leather-wrapped steering wheel and gearlever.

We’d recommend upgrading to SE Connect, partly for items we've already covered – including the enhanced infotainment system with an 8.0in touchscreen and rear-view camera – along with 15in alloy wheels in place of wheel trims. It also opens up the ability to have our favourite 1.2 MPi 84 engine.

High-spec Premium trim is quite pricey to buy outright (although the difference it makes to a monthly PCP deal isn't vast) but brings 16in alloy wheels, privacy glass, heated front seats and a heated steering wheel. More expensive still is N Line, your extra money paying for the more powerful engine, suspension tweaks and some sporty styling touches. On both Premium and N Line you can also add a two-tone roof, plus the optional Tech Pack that we outlined in the infotainment section. 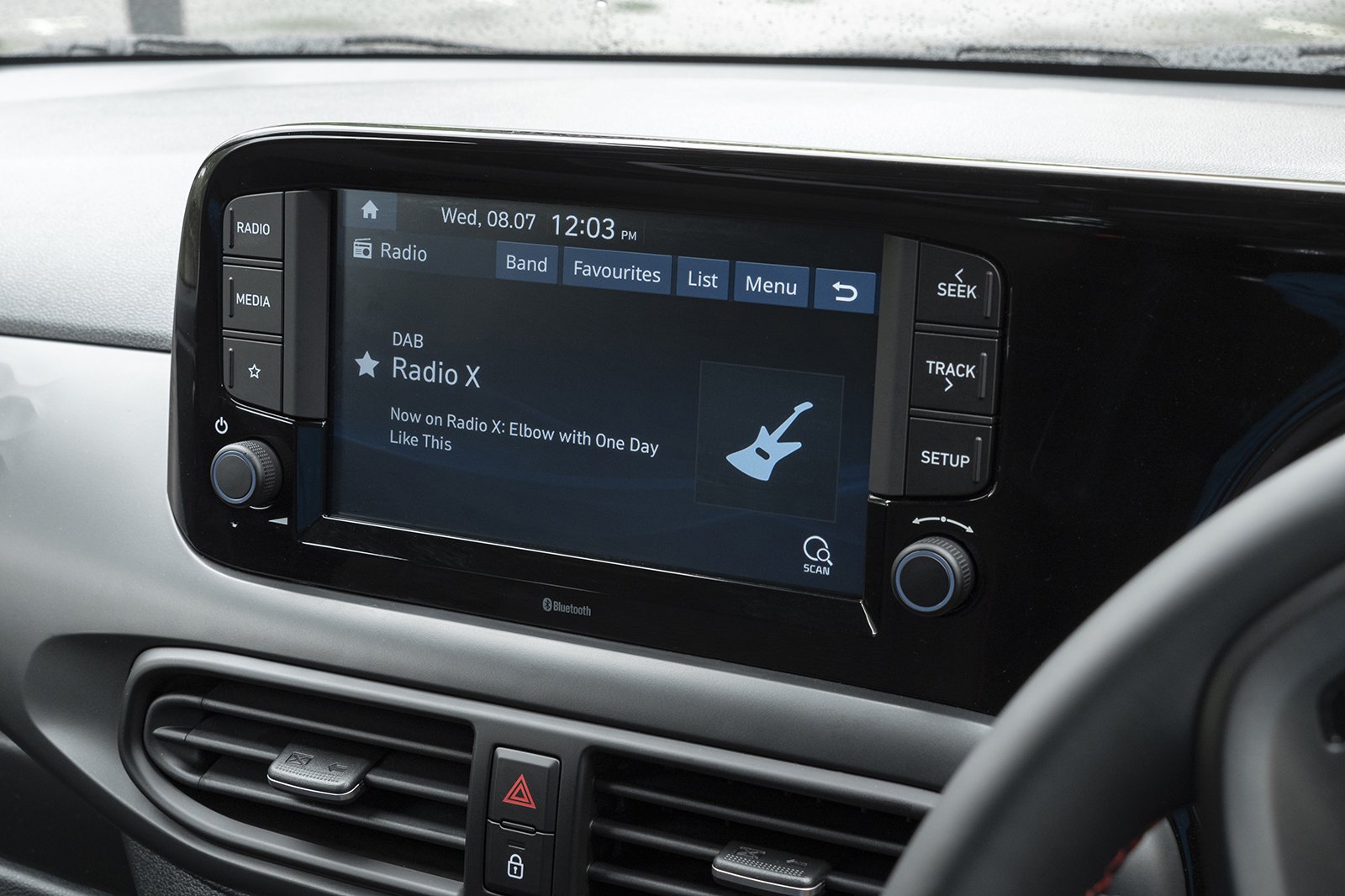 This generation of i10 is too new to have appeared in the 2019 What Car? Reliability Survey, but Hyundai as a brand ranked an impressive 7th out of 31 manufacturers. That's not up there with Toyota, which finished 2nd, and Kia was one place ahead in 6th, but it's still very good.

Most city cars, including the Toyota Aygo and VW Up, come with a three-stars (out of five) Euro NCAP rating, while the Picanto (with its safety pack fitted), gets four stars. The i10 hasn't been crash tested yet, but our contacts indicate that it's likely to match the Picanto's score.

There’s plenty of standard kit to stop you having a prang in the first place. Impressively, all versions get city emergency braking (another name for automatic emergency braking) with pedestrian detection and a forward collision warning at higher speeds.

But that’s not all; you also get lane-departure warning with lane-keeping assistance, a driver attention alert system and even automatic main beam headlight control. The cherry on top is a system named e-call that’ll call the emergency services in the event of a severe collision. As you’ll probably want to keep hold of such a protective little car, it’s good to know all models get an alarm and an immobiliser. 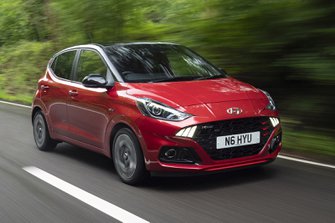 Good to drive and relatively classy inside, the VW Up is a fin...

Strong on image, but rivals are more competent and offer bette...