However, it’s not all about racing flat-out through the gears; put your foot down in a high gear without bothering to change down, and with the extra torque supplied by its electric motors and turbochargers, the NSX gathers speed at a quite extraordinary lick.

You can dial this ferocity up or down using four different drive modes controlled by a large rotary switch on the dashboard: Quiet, Sport, Sport+ and Track. Quiet mode prioritises electric-only driving when pottering in town – providing the battery is charged. This makes the NSX unusually tranquil for a menacing supercar and is perfect for those early morning starts when you desperately don’t want to wake up the neighbours. And, while the nine-speed dual-clutch automatic gearbox was a little clunky in early cars when the engine finally kicked in, updates to the gearbox and hybrid system in 2019 successfully rectified this – the NSX is now one of the most refined cars in the class to drive at slow speeds.

Sport mode is essentially an everyday driving mode that sharpens the engine’s response when you put your foot down, and it also allows a bit more engine noise into the car. However, that noise isn’t particularly pleasant, the engine sounding more mechanical than musical in tone, while the nine-speed gearbox is all too keen to shuffle up through the gears when left to its own devices in an effort to maximise fuel economy.

Thankfully, in Sport+ mode the engine finally produces a tune worthy of a supercar; the whooshing and whistling of the turbocharger is accompanied by a sonorous induction roar when you’re hard on the accelerator. Now of course, a turbocharged V6 engine is never going to get your pulse racing in quite the same way as the intoxicating thunder produced by the R8’s V10 might, but it gets closer than you might think.

Track Mode, meanwhile, gives you access to launch control (activated by holding the brake and pressing the accelerator at the same time), reduces the effect of the traction control for more playful handling, and puts the gearbox into its punchiest setting – and we mean punchy. In manual mode the nine-speed DCT gearbox is lightning quick at swapping ratios, and, unlike the seven-speed S tronic gearbox in the Audi R8, it doesn’t deny you a downshift when braking hard into a low-speed corner.

Even in Track mode, though, it’s isn’t quite as nimble as its closest rivals. The updates Honda made in 2019 to the NSX’s adaptive suspension and power steering addressed the slightly numb, wallowy demeanour of early cars, with the facelifted car’s more progressive steering and tauter body control allowing you to be far more precise on tight and twisting country roads. However, once you start to push the NSX towards its limits, it still struggles to conceal its 1800kg bulk; the front end pushing wide if you’re too eager with the accelerator mid-bend. We also wish that its four-wheel drive system would allow for a little more slip on the exit of corners like that of the comparatively playful Audi R8 and animated Nissan GT-R. Put simply, if track days are your thing, you’ll want to go for a McLaren 570S or R8 Performance.

In terms of ride, in its softest setting, the updated NSX is noticeably more cosseting over urban surfaces than earlier cars, but it still thumps over large bumps and fidgets across motorway ridges – more so than either an R8 or 570S.

We’ve only tried an NSX with the costly option of carbon-ceramic brakes. Even these don’t provide the herculean stopping power of similarly equipped competitors, but despite recouping energy for the battery during braking, which can often create an odd pedal feel, the NSX’s brakes prove easy to modulate. 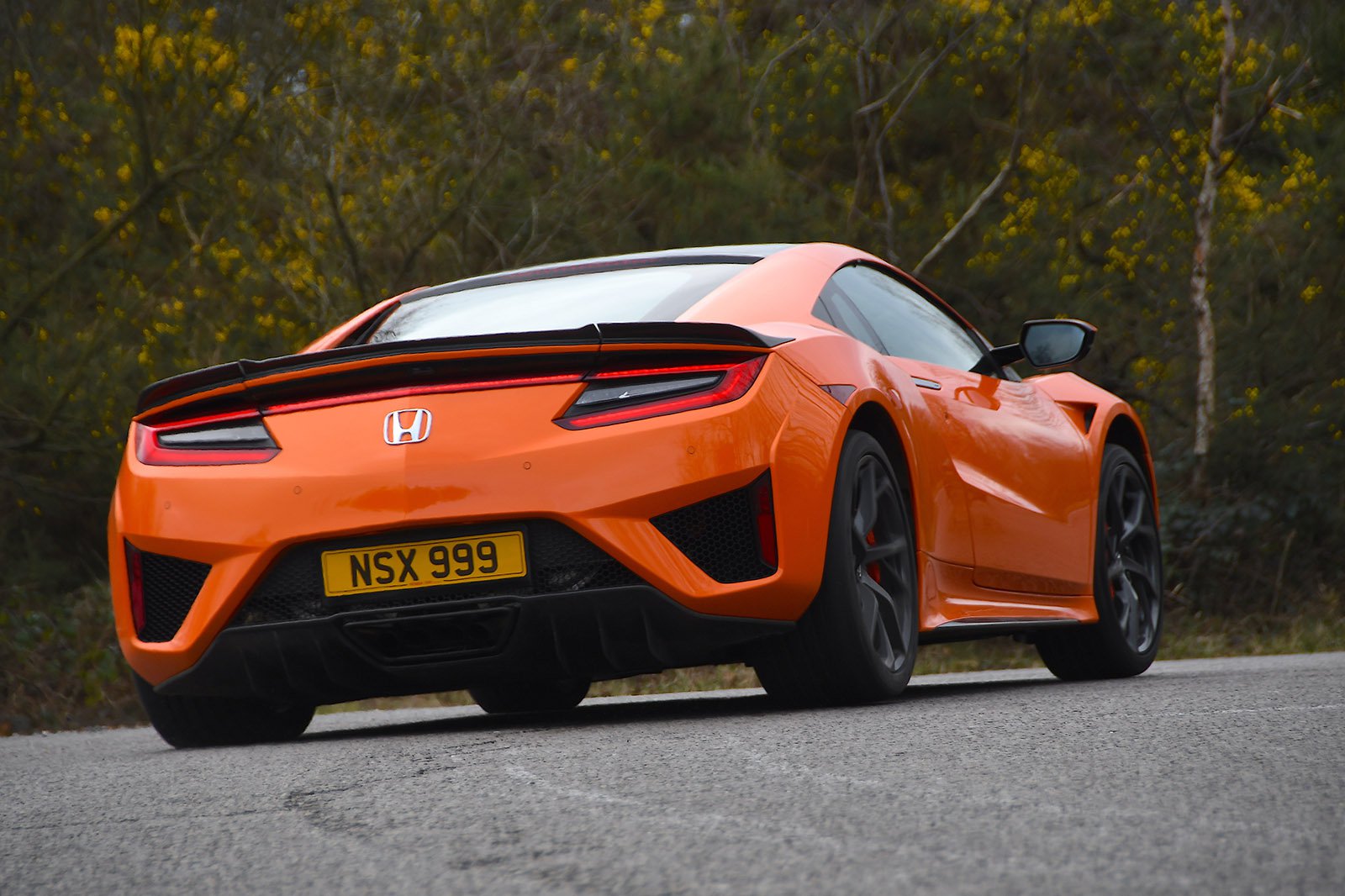 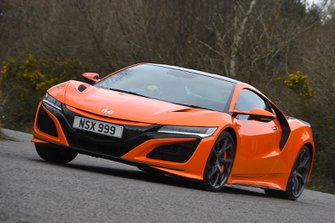 The McLaren 570S is crushingly fast yet communicative and fun...