There’s plenty of space for lanky adults to get comfortable, thanks mainly to the generous head room.

There’s a pair of cup holders up front that are deep enough to hold a large takeaway cup. The door pockets each have drinks holders that will keep a 1.0-litre bottle secure, while the small cubby in front of the gear selector is a convenient spot to store loose items. The centre armrest is a handy place to hide your phone, and you can connect it to the USB port while it's in there (or wirelessly charge it if you’ve ticked that feature on the options list).

There’s plenty of space in the back of the X1. True, there isn't quite as much head or leg room as in a Volkswagen Tiguan, but a couple of six-footers will be more than comfortable on long journeys, especially with the sliding rear seats as far back as they'll go. As is the case in the X1's main rivals, carrying three adults in the back of the X1 is a bit of a squeeze, but it is certainly possible. Three kids will be perfectly happy to sit together in the back .

Storage space is pretty good, too; the nets on the backs of the front seats make for convenient document holders and you can have folding tray tables on the front seat backs if you pay a bit extra.

In the xDrive25e plug-in hybrid, the rear seats are set higher than in the petrol or diesel models because the battery is located beneath them. This reduces headroom a little for rear-seat passengers, but still leaves enough for an adult to be comfortable on a long journey. 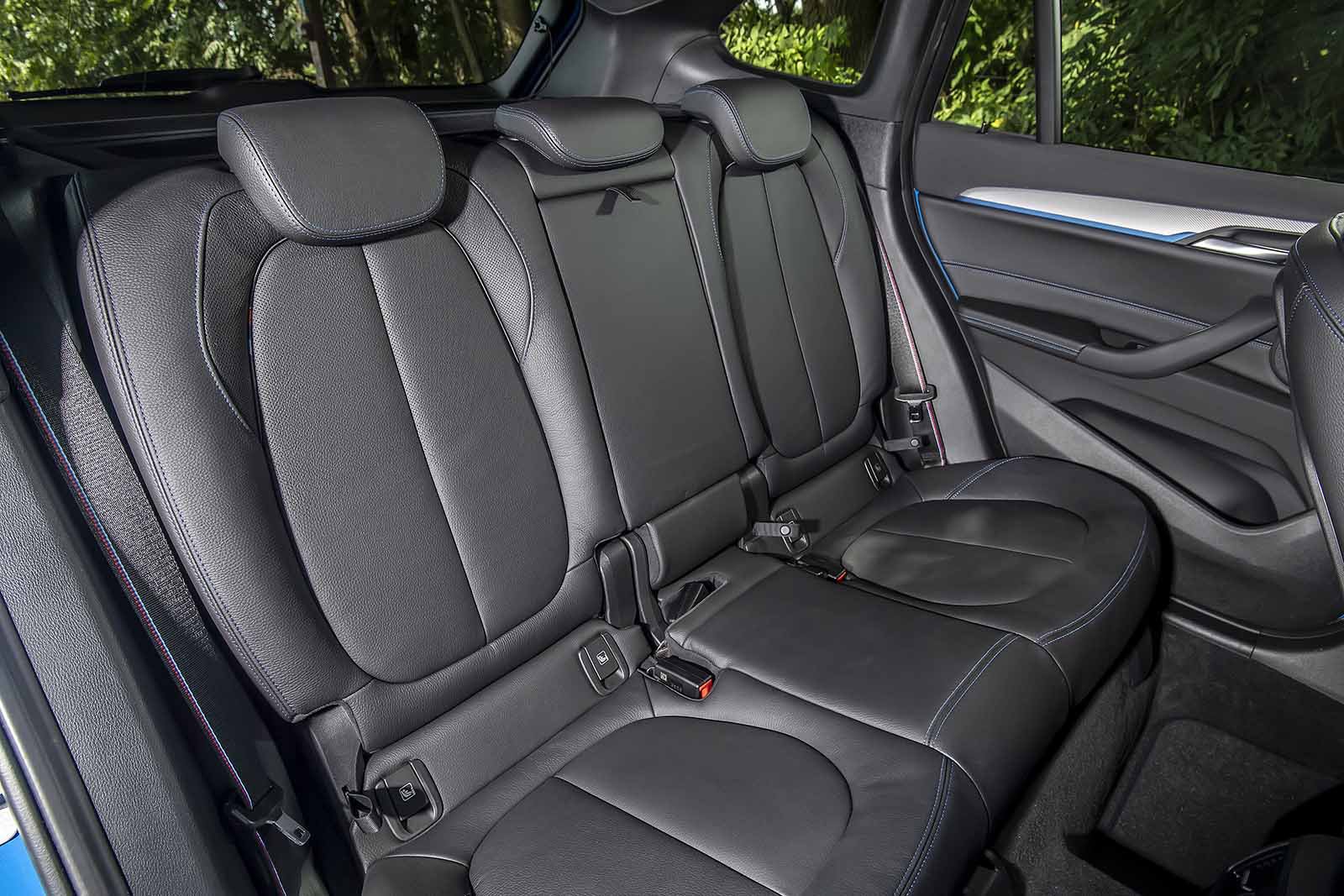 There are convenient boot-mounted levers to fold the rear seats, which divide in to three parts in a 40/20/40 split. This thoughtful feature is something that many of the X1's rivals don’t offer.

Versatility is further increased by the standard sliding, reclining rear seats. This setup allows you to prioritise either leg room or boot space on a whim, depending on your journey's needs. A folding front passenger seat is on the options list and gives you the option to carry extra long loads. Adjustable lumbar support is optional for that seat, too.

The BMW X1's boot is slightly smaller than the Volkswagen Tiguan's, mainly because it's that bit shallower. However, you'll still fit more luggage in the X1 than you will in an Audi Q3 or Mercedes GLA, and its load bay is usefully square with a nice wide opening.

In the same way that it affects head room, the xDrive25e plug-in hybrid's battery takes its toll on storage beneath the boot floor, but it still leaves you with a boot that's very big by the standards of the family SUV class.

Folding down the rear seats increases luggage capacity considerably, and the extended load area is flat with no annoying steps in the floor. The boot entrance is flush with the floor of the load bay, too, so you don't need to negotiate a big lip when loading or unloading heavy items.

Better still, every X1 comes with an electric tailgate. You simply press a button on your key fob to open the boot, and then a separate button on the tailgate to close it. 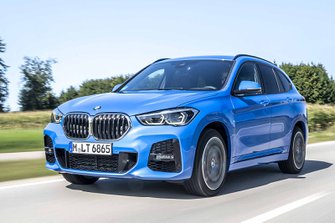 Classy, comfortable and great for safety.

Astonishingly good off road, but rivals are more pra...

Classy interior and tidy handling appeal, but the firm ride an...

Great to look at and well equipped, but rivals are better to d...