Not so very long ago, the large, luxury hatchback was about as fashionable as white socks in black trainers, with drainpipe trousers held aloft with bicycle clips. The BMW 6 Series Gran Turismo, though, has given the posh hatch something of a renaissance.

Its predecessor, the 5 Series Gran Turismo sold relatively well in places such as the US and China, but proved something of an acquired taste on these shores, finding precious few homes. The 6 Series GT, though, is less divisive to look at, and – better still – promises great things for enthusiastic drivers, thanks to sharing the brilliant 5 Series’ underpinnings.

Its overall dimensions are more akin to the spacious and luxurious 7 Series, which is great news for interior space. However, despite its size, the 6 Series GT weighs about 150kg less than its predecessors – and weight was one of its predecessor’s biggest issues.

So if you’re sold on the looks, can the 6 Series GT justify worth the extra cash it costs over its more conventional stablemates? And, beyond just BMW, does it make more sense than an Audi A7 Sportback or a Mercedes-Benz CLS? Read on for our full review to find out.

And don’t forget that you can save money on buying a 6 Series GT – or any new car of your choosing – with a visit to our New Car Buying pages. 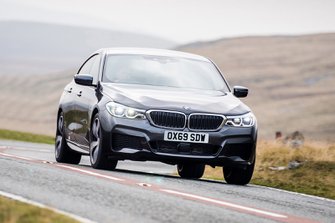 The A8’s blend of performance, comfort and serenity make it th...