Cars at the shallower end of the luxury class need to put on a good show when it comes to front space, since this is where the majority of owners will spend most of their time. The 5 Series offers a bit more leg room than the Audi A6 and is roughly on par with the E-Class.

There's plenty of head room in the 5 Series, too, and while adding a panoramic roof trades a bit of that, six-footers will still be fine. The 5 Series is the widest in the front of its obvious rivals, but in truth, none of these cars is small. The E-Class's interior design feels more 'fitted' and less airy than the 5 Series' and A6's, but your preference will come down is down to personal taste.

Getting in is also comparatively easy, thanks to doors that open wide. The glovebox is a good size and there’s a lidded cubby behind the gear selector with USB ports that’ll take most wallets, keys or a mobile phone, along with two cupholders in front of it. Each door pocket will accommodate a small water bottle.

Other, bigger luxury cars, such as the Mercedes S-Class and Audi A8, do this bit better, but there’s enough room for two tall adults in the back of the 5 Series. There's also a lot more leg room in the Volvo S90 and a tad more in an Audi A6, but the 5 Series has noticeably more leg and head room than the Mercedes E-Class. A third passenger won't have it quite as comfortable on longer journeys, though; shoulder room is tight and they'll have to straddle the raised central floor tunnel and, if they're above average height, duck to avoid the overhead lighting console.

Access to the rear seats is good, because the doors swing open wide and the aperture is tall. There's also useful storage, in the shape of cupholders, door pockets and map pockets. 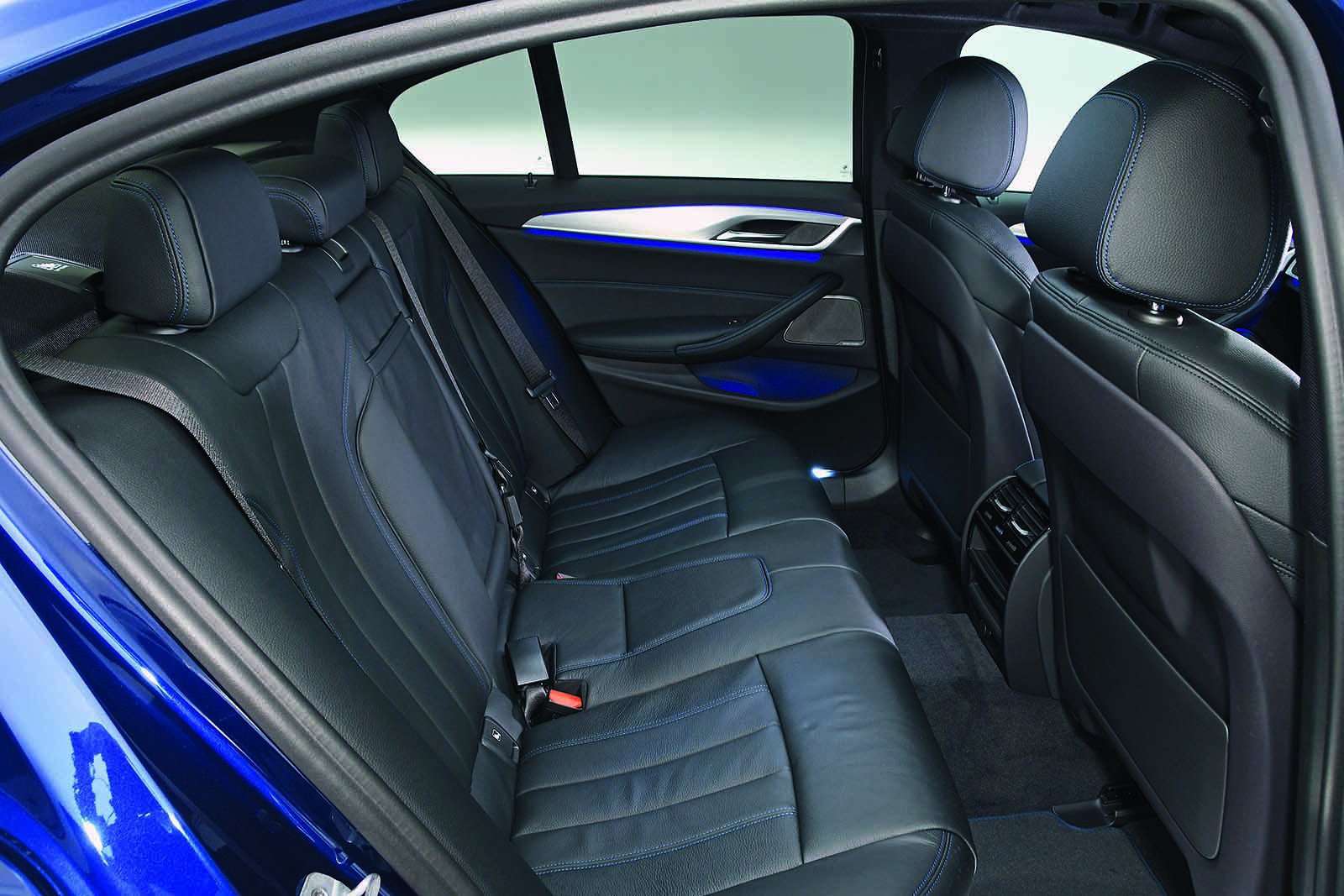 Just like the driver’s seat, the front passenger seat has electrical height and backrest angle adjustment as standard, making it easy to fine-tune his or her perfect position. It’s disappointing that electrically adjustable lumbar support costs extra, though – even on the more expensive trims.

It’s also disappointing that the rear seats are fixed as standard. Unlike in an Audi A6, you have to pay extra to have them split 40/20/40 and fold down; with this feature added, though, they do lie usefully flat.

The 5 Series has a 530-litre boot, which is officially quite a bit smaller than the Audi A6's. And while on paper that's not a lot smaller than the Mercedes E-Class's boot, the E-Class has a big underfloor storage area that you can call upon as well. The 5 Series' boot is also an odd shape, with various ridges, and the upshot is that it can't match the load-lugging abilities of its rivals; we managed to fit a respectable eight carry-on suitcases on board, while the A6 and E-Class each took nine.

As with all saloons, the boot opening is far smaller than you'll find in a hatchback or an estate, making loading bulky items tricky, although, being deeper than the E-Class’s, the 5 Series' is potentially better in that regard. An electric bootlid is on the options list if you're feeling lazy.

Boot space in the 530e is reduced, due to its battery pack, from the standard car’s 530 litres to 410 litres. That means it'll  hold only five carry-on suitcases, or, to put it another way, not much more than a decent-sized small hatchback. 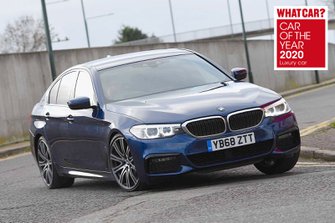