You have a choice of two 3.0-litre V6 diesel engines in the A6 Allroad. The most expensive of these – the 282bhp 50 TDI – makes the A6 Allroad effortlessly quick when you need to overtake slower traffic. It also takes just 5.9sec for the 50 TDI to get from 0-62mph – fast enough to worry plenty of hot hatchbacks.

The other engine is badged 45 TDI and produces 228bhp. We wouldn’t call it quick as such, but its power is spread over a broad rev range, so it feels usefully nippy in most everyday driving situations. Given its lower price, it’s our pick of the pair.

Unfortunately, the A6 Allroad’s standard eight-speed automatic gearbox can prove frustrating. Whenever you want to pull away swiftly, it leaves you hanging as it momentarily fumbles to pick the right gear. It’s pretty good at shuffling gears once on the move, although we do find it a bit too keen to shift down when going up hills.

Every A6 Allroad gets adaptive air suspension as standard. Compared with the Volvo V90 Cross Country (on which adaptive suspension is an optional extra), there’s no contest when it comes to ride comfort. The A6 Allroad fidgets less than the Volvo over smaller bumps, and it doesn’t jar as noticeably over sharper imperfections. Its body is better controlled over big bumps, too.

The A6 Allroad offers several driving modes that alter the stiffness and ride height of its suspension. On long motorway journeys, it’s at its best when set to Auto or Comfort. When set to Off Road mode, the A6 Allroad is 60mm higher than a regular A6 Avant, providing extra clearance on rutted, uneven lanes.

The air suspension also helps when the boot is heavily loaded, providing a self-levelling feature that prevents the car’s rear end from sagging on its wheels. 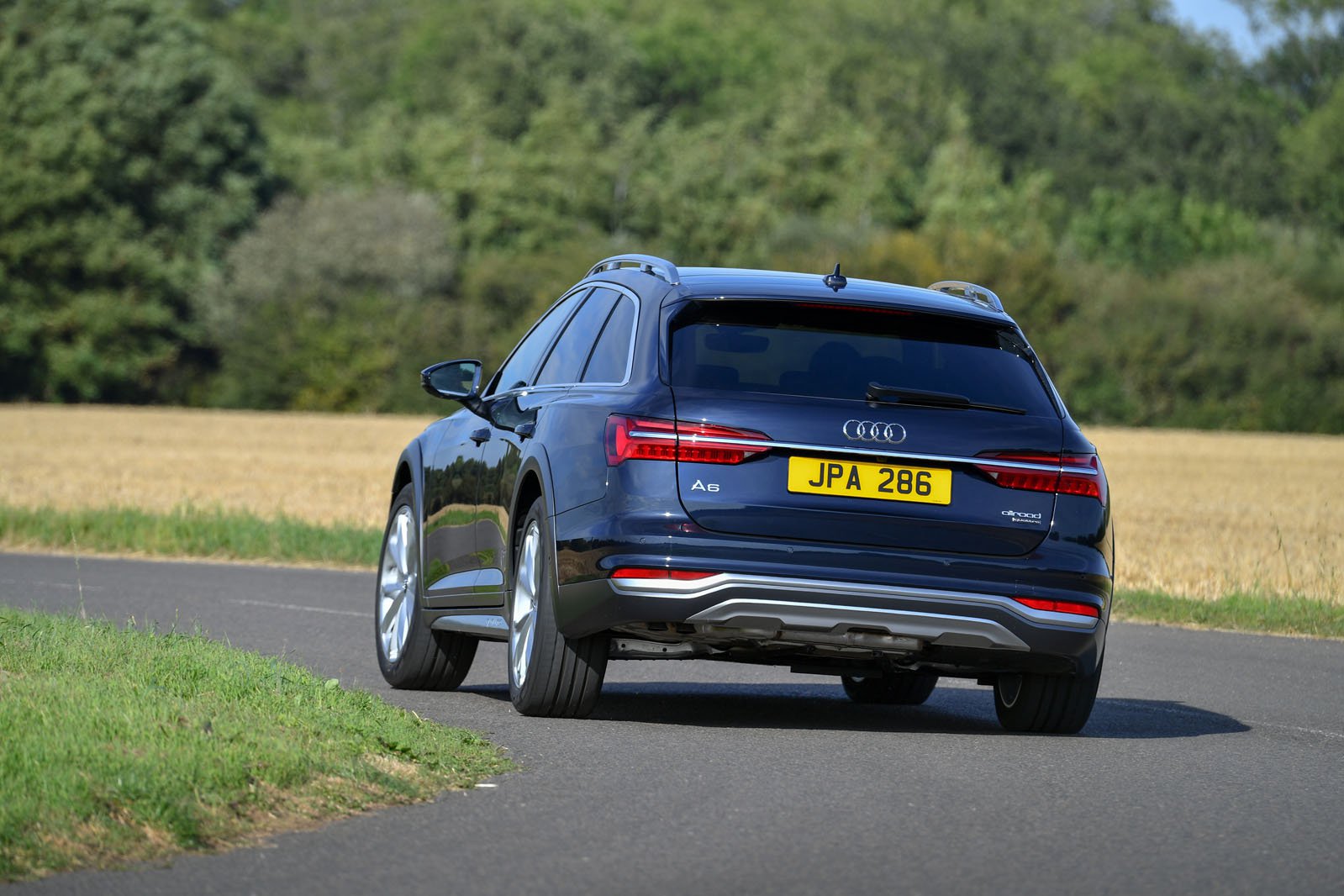 Of all these large estate cars with all-terrain aspirations, the A6 Allroad is one of the best to drive. It’s not exactly entertaining, but it feels very planted and secure on challenging roads. That’s partly because it comes with Audi’s traction-enhancing quattro four-wheel drive system.

The A6 Allroad’s steering is nicely weighted but offers very little feedback, and there’s noticeable body lean when you take corners at speed. However, the Volvo V90 Cross Country has less grip when driven on similar roads and struggles to maintain the pace of the Audi.

Four-wheel steering is standard on the top-spec A6 Allroad Vorsprung. It steers the rear wheels in the opposite direction to the fronts at low to medium speeds, reducing the car’s turning circle by more than a metre when manoeuvring and helping it to change direction more eagerly at low speeds. At higher speeds, it steers the rear wheels in the same direction as the fronts to enhance stability. It’s an effective system, but it’s not worth upgrading to Vorsprung trim for on its own.

Both engines employ mild hybrid technology, harnessing the energy that would normally be lost under braking to allow brief periods of engine-off coasting. The aim of this is to conserve fuel and, of course, reduce engine noise. A bonus of this technology is that it makes the engine’s stop-start system smoother in operation.

However, there is still a couple of areas of refinement where the A6 Allroad falls behind the Mercedes E-Class All-Terrain. Both of the A6 Allroad’s V6 diesel engines sound coarser than you might expect when accelerating hard, compared with the straight-six diesel in the Mercedes. The Audi’s engines are smoother than the four-cylinder diesels of the Volvo V90 Cross Country, though. 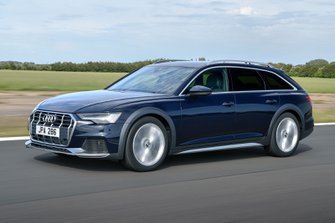 The Audi A6 Avant is comfortable, quiet and beautifully built<...

The Audi A4 Allroad is no more practical than a regular Avant...

There's no doubt the Nexo packs some serious green credentials...

A good estate car, but there are more reasons to buy its equal...