There’s more than enough leg and shoulder room for a couple of tall adults up front and even those well over six feet tall aren’t likely to complain about head room, either.

The simple dashboard design doesn’t conceal a huge number of cubbyholes, but there are storage areas ahead of the gearlever and under the central armrest, plus a couple of cupholders in the centre console. The door pockets on either side are each big enough for a large water bottle, too.

As long as you’re only carrying a couple of adults in the back, even six-footers should be reasonably happy with the amount of leg and head room available. There’s a very similar amount of space on offer as you’ll find in the Mercedes A-Class and BMW 1 Series. Cheaper family cars, such as the Ford Focus and Skoda Octavia, are ultimately more practical, though.

There isn't much stowage space in the back for odds and ends, although the door pockets are each big enough to hold a small drinks bottle, and there’s a couple of USB ports.

You can only buy the latest Audi A3 as a five-door model, so access to the rear seats is good no matter which version you buy. 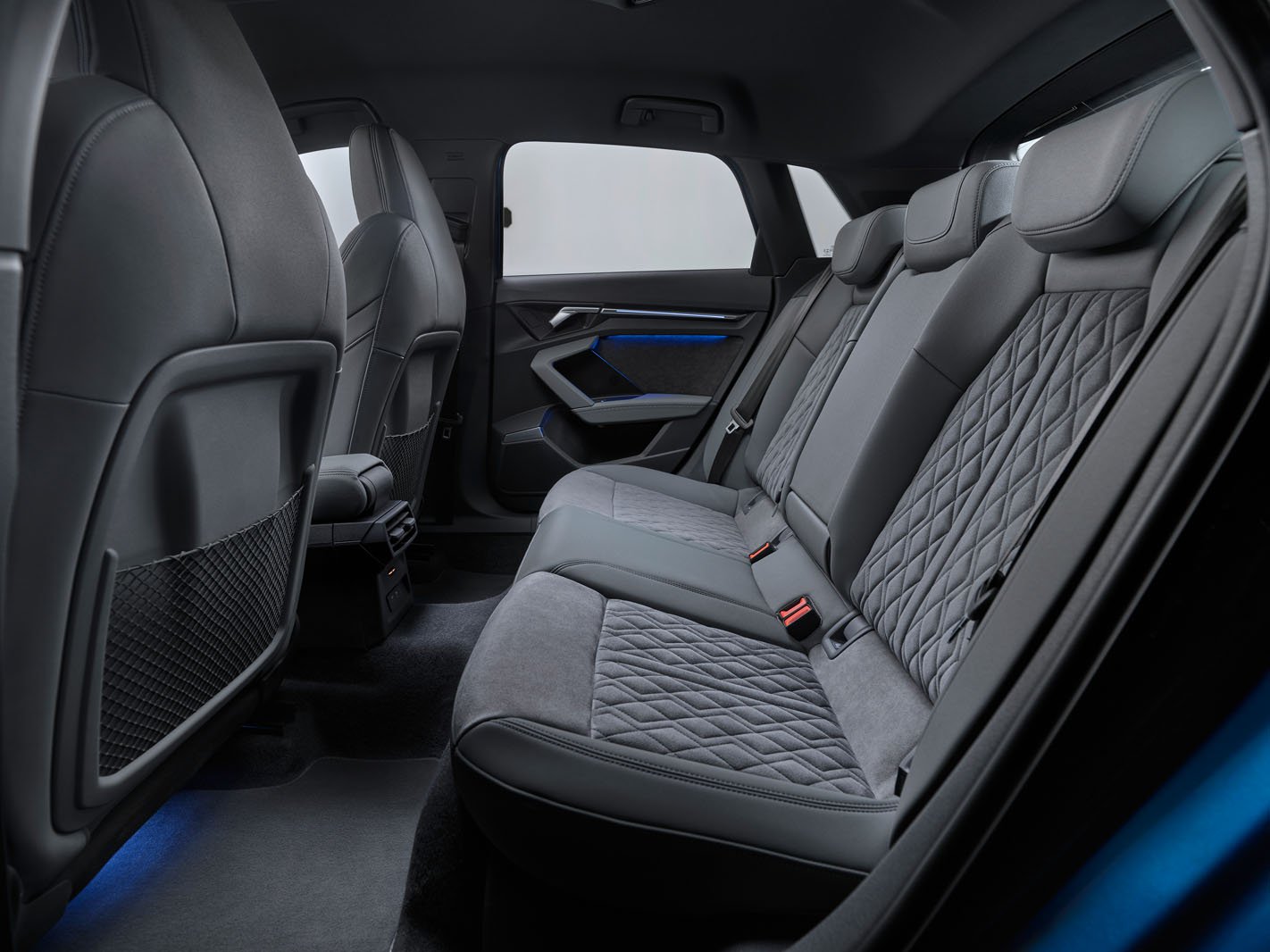 The A3’s rear seats aren’t especially innovative; they don’t move back and forth to allow you to prioritise between passenger and boot space, for example (that kind of feature is mainly the preserve of SUVs). The seatbacks split 60/40 on all models, though, and the larger of the two sections is split again on Sport trim and up for a more flexible 40/20/20 arrangement.

If your car has the latter arrangement, flattening the middle seat also grants occupants access to the boot from the rear seats, if they need to grab something from back there on the move.

The Audi A3’s boot has gives you exactly the same amount of load space as that of the Mercedes A-Class, and both are bigger than that of the BMW 1 Series. While that’s pretty decent for the class in this price point, it's miles away from the class luggage-carrying champion Skoda Octavia.

An adjustable boot floor comes as standard and can be raised to reduce the load lip at the boot's entrance. It also ensures there’s no step up to the rear seats when they’re folded down. The folded seats don’t lie totally flat but the slope is a small one, so it shouldn’t cause too many loading dramas. The boot opening is a decent size and shape, too. 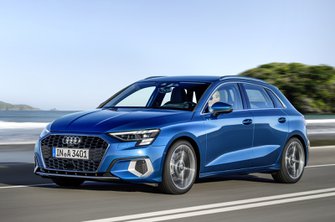 The Infiniti Q30’s an interesting alternative, but it's ultima...

Classy, safe, good to drive and packed with technology. <...