While the engine in the Fiat 124 Spider produces 138bhp, Abarth has extracted an extra 30bhp from it, which cuts the 0-62mph time from 7.5sec to just 6.8sec. There’s a little turbo lag, which sets you back for a moment each time you upshift, and can be annoying in traffic, but once on song the engine pulls strongly.

The six-speed manual gearbox helps, with a short, neat action that makes it easy to stay within the ideal power band. It's a much better option than the optional automatic, which can't seem to decide which gear it should be in. True, you can override it using paddles behind the steering wheel, but these manual shifts aren't very smooth.

The Abarth 124 Spider sounds racy in the mid-range, but there’s a bassy drone from the exhaust below, while high revs bring a loud, strained engine note, and this soundtrack remains prominent even with the roof up. You also have to put up with a fair amount of wind noise as well as that exhaust drone on the motorway. Taller individuals may find the top of their head blasted by wind with the top down, too.

Much more positively, the revised suspension tames the body roll that you get in this car's Fiat and Mazda cousins, yet the ride is still fairly supple. The limited-slip differential provides fantastic traction out of corners, and this is a thrilling car to drive down a winding road, because it's as involving as it is playful, and you can adjust your line with ease using the accelerator.

The problem is that the Abarth starts to feel raggedy the harder you push it. The stiffer suspension causes the body to wobble more over bumps and sometimes you can’t quite tell how much grip the front tyres have. Take it to a track and you might be disappointed, especially as the cheaper MX-5 handles more sweetly. 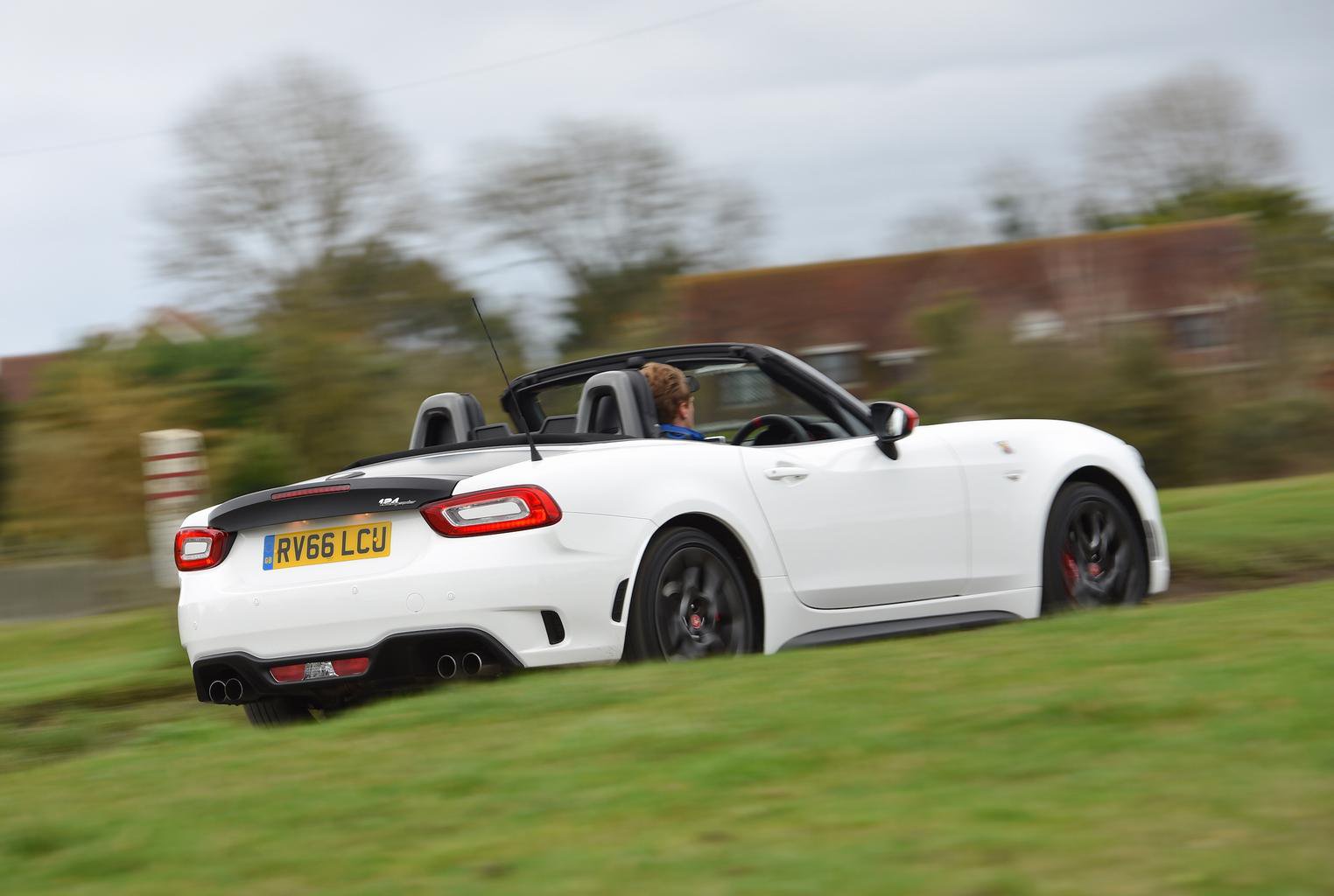 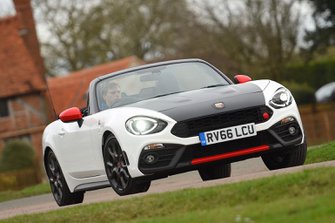